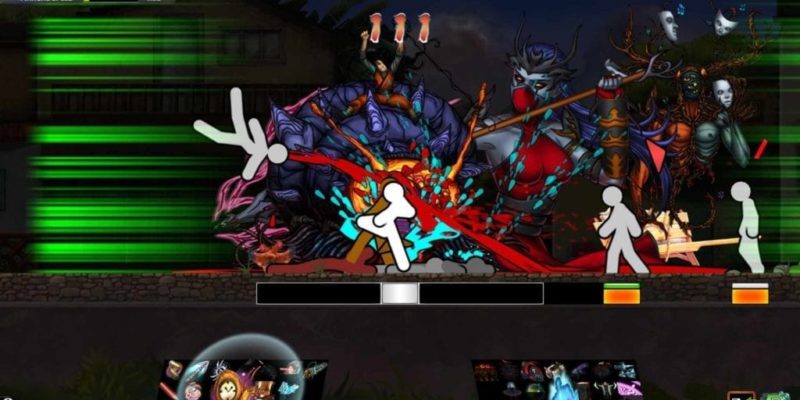 One Finger Death Punch 2’s campaign is filled with challenges that will put players’ skills to the test. But if you’re itching to fight your way up the Survival Mode tower, then you’ll need the right set of skills to get you started.

The game has a total of 26 skills to choose from, and each can be upgraded with up to three gems to improve their recharge speeds. Gems are earned by playing specific levels in the campaign, and maxing out 10 skills earns you the “Highly Skilled” achievement. There’s nothing like multitasking, especially in a super-fast paced Kung Fu fighting game.

So, here are 10 powerful skills that will help you progress through One Finger Death Punch 2 Survival Mode. 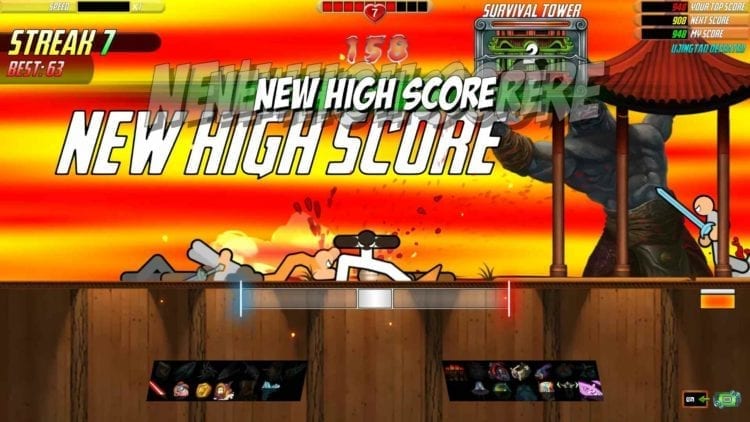 This skill transforms all the enemies on screen to “grey” characters that can be defeated in one hit. It saves a ton of time by removing multi-hit characters from the board. One-hit kill weapons such as Power Sword, Chainsaw, and Ball of Death can accomplish much the same thing, but they have longer recharge times. Also, with Grey Out, you don’t have to move towards picking up a weapon.

Decreasing the enemy movement speed will keep things under relative control and will give you time to keep your kill streak going.

With Slow Time, everything on screen temporarily comes to a near standstill, allowing you the opportunity to slaughter them all. 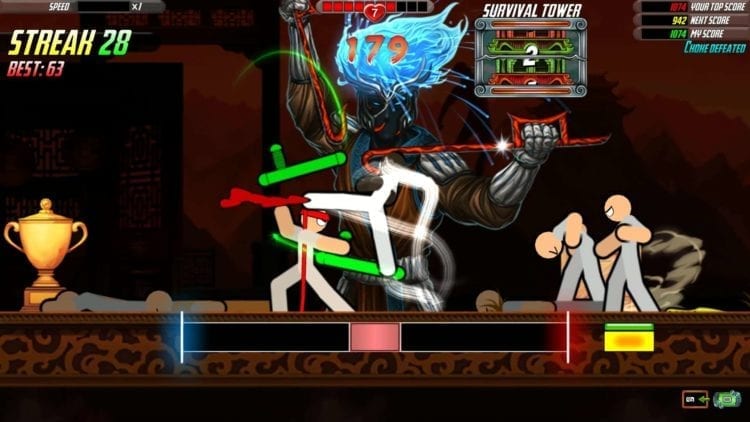 Spend less time playing matching games against Brawlers by killing them instantly and moving on. Having this skill handy will leave you free to keep your fighting streak going without interruption.

Light Up will put several enemies that would normally be out of range within range, essentially making it impossible to miss them. It can be a little redundant alongside Range (especially if they both happen to trigger at the same time), but that skill doesn’t guarantee you hits.

If you’re prone to a few misses or getting hit in One Finger Death Punch 2, then the Medic skill is a must-have. It returns one hit point to you so that you can continue fighting. Some might prefer to have Shield, which protects against single hits, but we think it’s more useful to recover hit points. 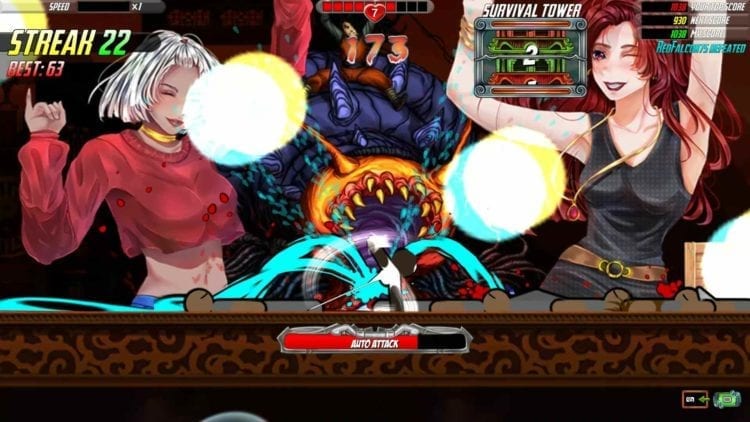 With Windmill, your character starts up a killer dance party, auto-killing everything that approaches. It essentially clears the screen of enemies, but not in one fell swoop the way Earthquake does. Although either skill will do, we prefer having a dance-off of death to help break up the action. Just be ready to click again when it ends.

This skill temporarily increases the size of your strike zones, which complements skills such as Grey Out and Slow Time while you rack up the kill count. In this game, you can never have too much striking range. 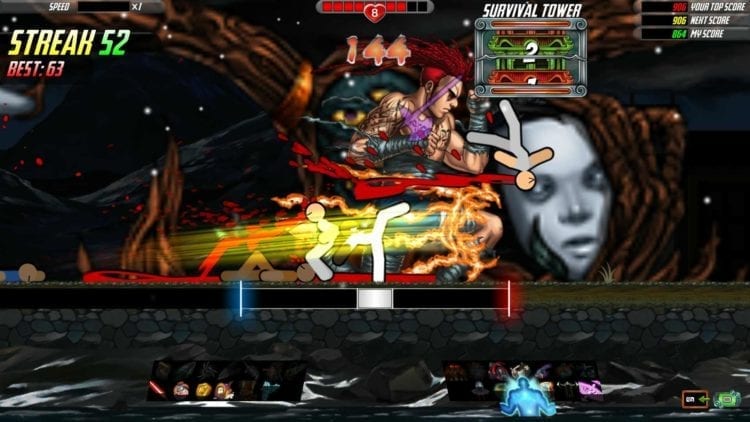 This skill allows you to kill several enemies with one hit. It’s not quite as efficient as skills such as Fire Storm, Laser Eyes, and Ice Storm, which instantly kills all enemies on one side of the screen, but you won’t have a one side limitation either.

Although Bosses may be rare in early tower levels, dealing with them can be a time-consuming pain when they eventually show up. Not only do they slip from one side of the screen to the other, but they have Brawler style matching games that you have to play multiple times. Similar to Brawler Kill, this skill lets you skip the interaction altogether by instantly killing any boss character that dares to cross your path.

These skills form a strong foundation for Survival Mode, and the gems can be rearranged without penalty to suit your fighting style. One Finger Death Punch 2 offers plenty of gems to upgrade skills for those willing to earn them, turning your stick figure into a nearly unstoppable kung fu killing machine. Put them to work and you’ll be making your way up the tower in no time.

Check out our One Finger Death Punch 2 review to learn how much we liked the game.

The official Mortal Kombat 11 launch trailer brings back the 90s

By A.K Rahming1 hour ago
Features