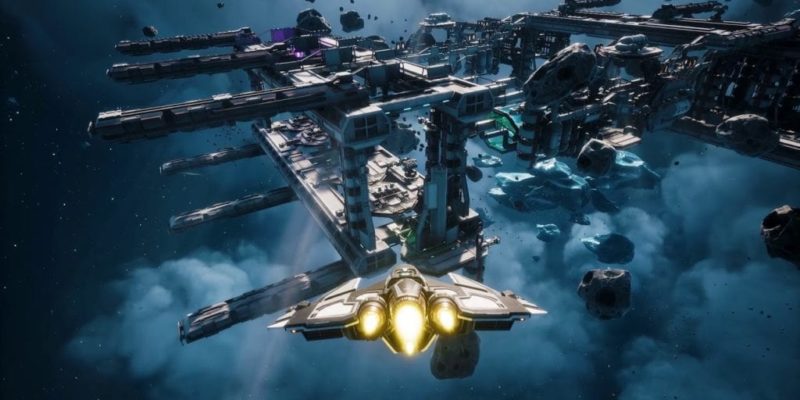 Everspace is one of my favourite games so far in 2017 and today Rockfish has released the game’s first major piece of DLC.

Players are invited back into the rogue-like space shooter to take on new challenges and discover new storylines. Encounters comes with a spanking-new ship, the Colonial Sentinel which is a medium fighter that comes with “electronic warfare capabilities”. It’s a pretty decent ship based on what I’ve played of the DLC so far.

There are five new questlines which will bring you into contact with new characters who will ask for your help in various missions. These characters appear early on in a run and once you hit Sector 2 the new content comes into play.

New weapons are also available including lightning guns and there are new devices to help trick the enemy such as holograms. Finally, there are the new G&B factory stations which can be used for ship upgrades and repairs. Very handy when your ship is in a bad state.

Having played the expansion for a few hours now, I have to say it really fleshes out the game more so impressions are positive so far. I’ll get a review up as soon as I’ve sunk more time into it today. For now, here’s the launch trailer.