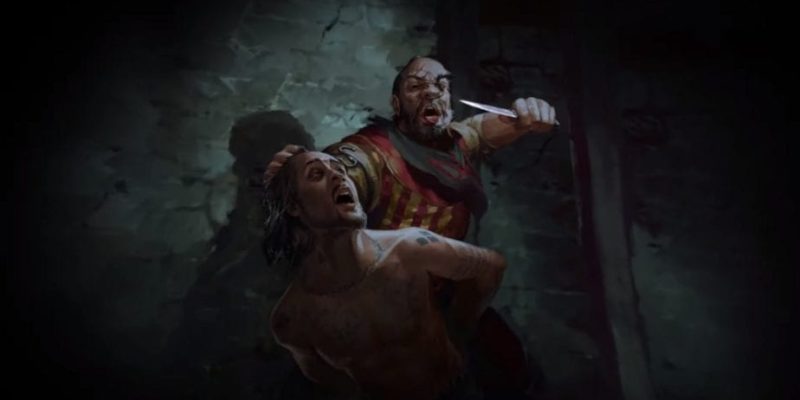 There’s excitement aplenty in the digital card game scene this week. The Witcher-inspired online game from CD Projekt RED, Gwent, is releasing its newest expansion: Novigrad. Based on the shady, bustling city of Witcher lore, Novigrad comes with a ton of new features, including an entirely new faction. This faction, called the Syndicate, comes with over 90 new cards, 15 of which players can use other faction decks. The expansion also offers a new battle resource and 5 new leaders, all of whom have their own unique abilities.

How Novigrad’s Crowns work in Gwent

Cards which have the Profit keyword will earn the player a certain amount of Crowns when they’re used. In addition, cards which have the Fee keyword have abilities which players can activate using Crowns. These can really turn the tide in one’s favor during a match. However, there’s more than one way to earn a Crown in Gwent. Novigrad also has Syndicate cards, called Crimes. These will also earn you Crowns when played. Some of these cards even have other abilities on top of them, making them very useful during your turn!

Another interesting aspect of Crowns are cards with the Hoard ability. These cards only reach their full potential when the player has a certain amount of Crowns in store. There are even more interesting abilities that you can read about here. 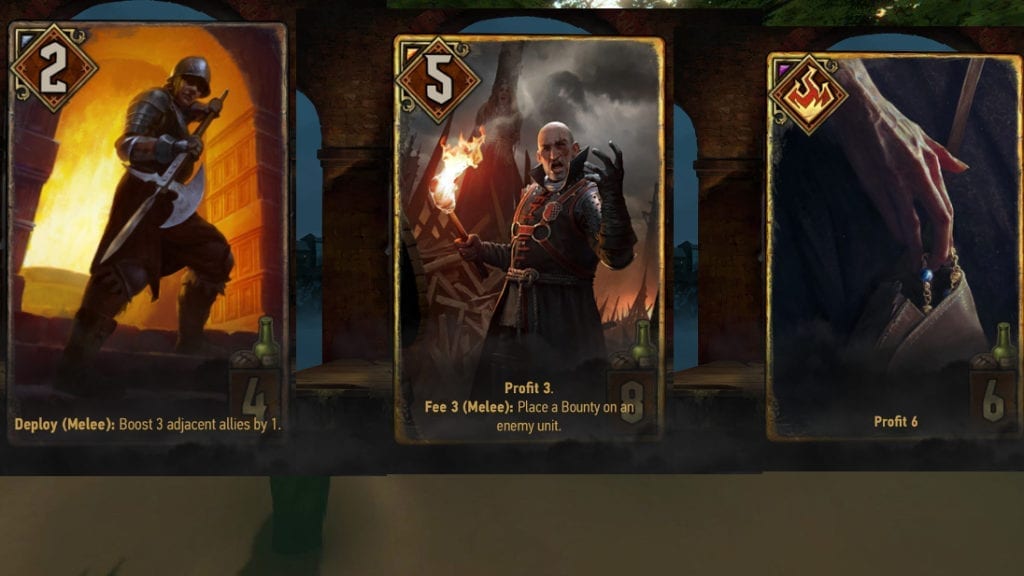 The cards in Gwent’s Novigrad expansion come with a myriad of new abilities and an interesting new battle mechanic.

A lot of changes to Gwent’s overall feel are coming as well. The developers have improved some of the UI in-game, as well as the audio for a lot of card sound effects. They’ve also made deck builder filters collapsable. Plus, they’ve released the names of all five Syndicate leaders. The new baddies are King of Beggars, Gudrun Bjornsdottir, Cleaver, Cyrus Hemmelfart, and Whoreson Junion.

A new season in Gwent has also just started. Called Season of the Griffin, this seasonal mode enables all cards to be equal in power to their provision value.

With all these new abilities coming to Gwent, one can only speculate how the meta will change!

Plenty of Gwent fixes in this patch

Gwent is also seeing a lot of issues getting the old greased elbow as Novigrad launches. Cahir had a nasty habit of boosting himself whenever the opposing player boosted. This copycat has now been reprimanded and is behaving more appropriately. Harmony had a problem triggering due to a categorical issue, which is now also fixed.

Some achievements were failing to unlock after players beat the final battle in tutorial mode. Players can now back up their bragging to their buddies, as this has been fixed also. The game’s first expansion, Crimson Curse, also was missing some voices for certain units. These units are no longer mute and can now speak. Hooray!

Are you excited for Novigrad? Do you think CD Projekt RED is taking the game in a positive direction?

“Masters Of Doom” coming to a TV near you