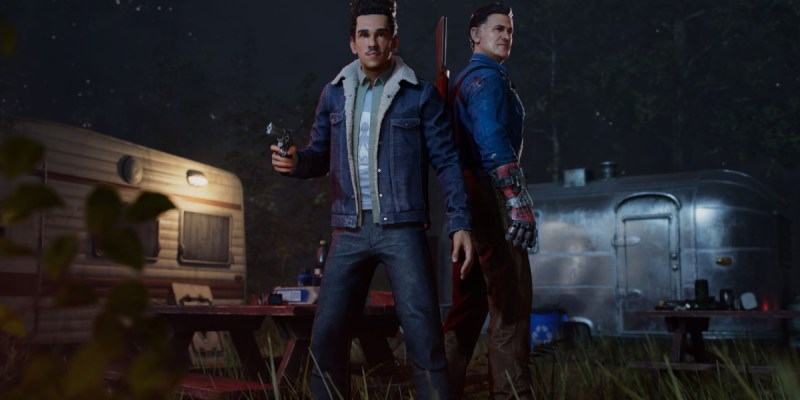 Evil Dead: The Game has been ripping and slaying for more than half a year at this point. The faithful adaptation of the classic ’80s slasher flicks is quite the treat for fans, but the price has remained at $39.99 USD. However, what if you could get Evil Dead for free? You can next week when the price drops to zero on the Epic Games Store. The asymmetric multiplayer game won’t be along however, as it’ll be joined by the retro-styled strategy RPG Dark Deity.

There’s probably nothing like getting strapped and blowing away waves of Deadites. Or, maybe you’d rather play the big bad and take on a group of survivors from the film and TV franchise? Either way, Evil Dead: The Game should satisfy the cravings, and it’ll taste even better once it goes free next week on the Epic Games Store. You’ll be able to claim it on November 17, and the deal will remain until November 24.

But, as mentioned, maybe fighting demonic forces isn’t up your alley. Developer Sword & Axe’s Dark Deity will also be free on the service during the same week. Inspired by the famous Fire Emblem games, Dark Deity allows you to lead a four-person team to save the world of Terrazael. The strategy RPG boasts 28 chapters of story, with 30 playable characters and 54 classes.

Evil Dead and Dark Deity go free on EGS, but that’s next week

This week, ahead of the aforementioned games, you can grab two titles that are practically polar opposites. Alba – A Wildlife Adventure is a cozy, slice-of-life game from the makers of Monument Valley. Shadow Tactics: Blades of the Shogun is also free now, and is a darker, mature-rated stealth game where you win by sneakily assassinating enemies. Like I said, they’re completely different from one another. However, they can provide entertainment no matter the taste.