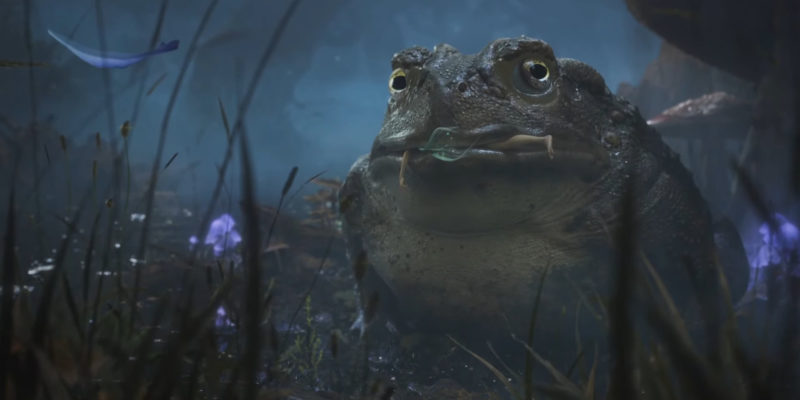 Fable is under development. And that’s your news. No, really, there is a new Fable game being made right now, but beyond a quick teaser, nothing much is known. There is plenty we can speculate on, which I’m sure we’ll do after dissecting its brief reveal video first shown during today’s Xbox Games Showcase.

Simply titled Fable, the game is coming from the Forza developer. Playground Games has been making racers since 2012, but is now stepping out of its comfort zone for a proper English RPG. This is technically Fable 4, but without much context from the trailer, we have to assume it’s rebooting the franchise as opposed to continuing it. The move would make sense, as we haven’t had a full Fable game since 2010 with Fable III.

The teaser is certainly brief, but its steeped in magic, wonder, and of course, a sense of humor. It is unmistakably Fable. Many of us here called it the moment the music began to swell while an English narrator spoke of magic and nature. And, I admit, the frog part caught me by surprise. I’m happy to see that the franchise’s dry humor is returning after a decade-long absence.

Back to Albion, maybe

There are a lot of expectations with this new Fable. Naturally, I’m sure we’ll return to the fictional, fantasy world of Albion where the series has always resided. It’ll likely still be an open-world RPG, with paths to traverse, forests to explore, and dungeons with nasty beasts to root out.

The final scene of the teaser is certainly striking. While it’s hard to tell if we’re looking at the game’s real-time engine, it is impressive. We see a large world stretching over the horizon, covered in foothills, mountains, and dotted with villages and farms. In the distance is an enormous city like something out of The Lord of the Rings. I can’t wait to explore that.

Fable is confirmed for a release on PC, and Microsoft is promising it will be available on the Xbox Game Pass on the day of launch.