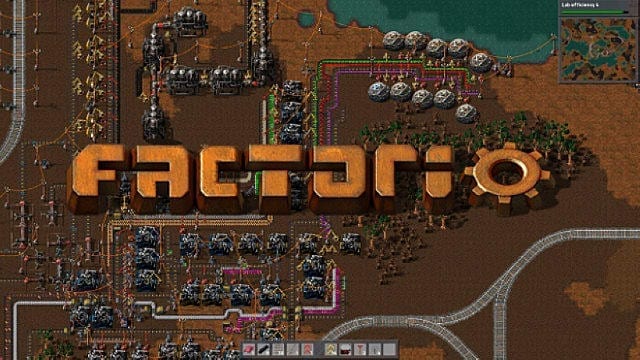 G2A is having a really bad month. As we reported last week, indie developers started a petition demanding that G2A stop selling indie titles. So far, more than 5,500 games industry professionals have signed it, and it doesn’t look like that tide will slow down soon. That same day, G2A released a statement in which it vowed to pay developers 10 times the revenue “proven to be lost on chargebacks.” One particular developer decided to take them up on it: Wube Software, the studio behind one of the most successful Early Access titles on Steam, Factorio. In a heavily detailed blog post where they also addressed bug reports, Wube referred to G2A as “Worse than Piracy.” Other developers also agree with the sentiment, asking players to pirate their games instead of buying them on G2A.

According to the developers, they had many issues with chargeback and fraud in 2016, just after the game released on Steam in Early Access. More than 300 keys of the game were verified as purchased by stolen credit cards. Based on the average chargeback fee of about $20, the developer estimates that the total amount of fees paid due to chargebacks is about $6,600. The studio plans to perform a deeper evaluation of its accounting records to reach a more exact figure. But it doesn’t seem to matter, because the developers don’t trust G2A will fulfill its vow.

Last week, they emailed G2A about the vow, sending a list of all the Steam keys they had to revoke because of fraudulent purchases. The developers asked how many of those keys came from G2A, but they’ve received no reply from the reseller to the developers’ last email from two days ago. And what’s worse, the developers know for certain that at least some of those keys come from G2A, as once they revoked them on Steam, players sent the developers emails wondering what was wrong with their keys. The developers included quotes of some of those emails in the post. These players admitted to having purchased the game from a reseller on G2A, which is damning evidence enough for most.

Factorio is about building things, except bridges to G2A

The developers are no longer worried that much about the issue, as they switched payment providers to Humble Widget and the fraudulent purchases have since stopped. So they don’t really care about G2A, though they can afford to, being in a unique position due to their no sales policy. They do wonder where the Factorio Steam keys available on G2A come from, though. The most likely culprit is regional fraud, as Steam regional prices vary, though there are systems to avoid fraud now. It’s also possible that speculative buyers bought bulk copies when the game cost $20 a year ago (it now costs $30).

Be that as it may, the developers strongly urge players to buy the game directly from the official website, or from an official storefront such as Steam, GOG, or Humble. Wube Software is quick to explain that this isn’t just about the revenue, it’s about support. When you buy from a grey market reseller like G2A, you will be stuck with its support system. The Factorio developers offer a 28-day refund policy. If you decide you don’t like the game, or if you have a problem running it, you can just send them an email, and a refund will be very straightforward. You most likely won’t get this kind of service from G2A.