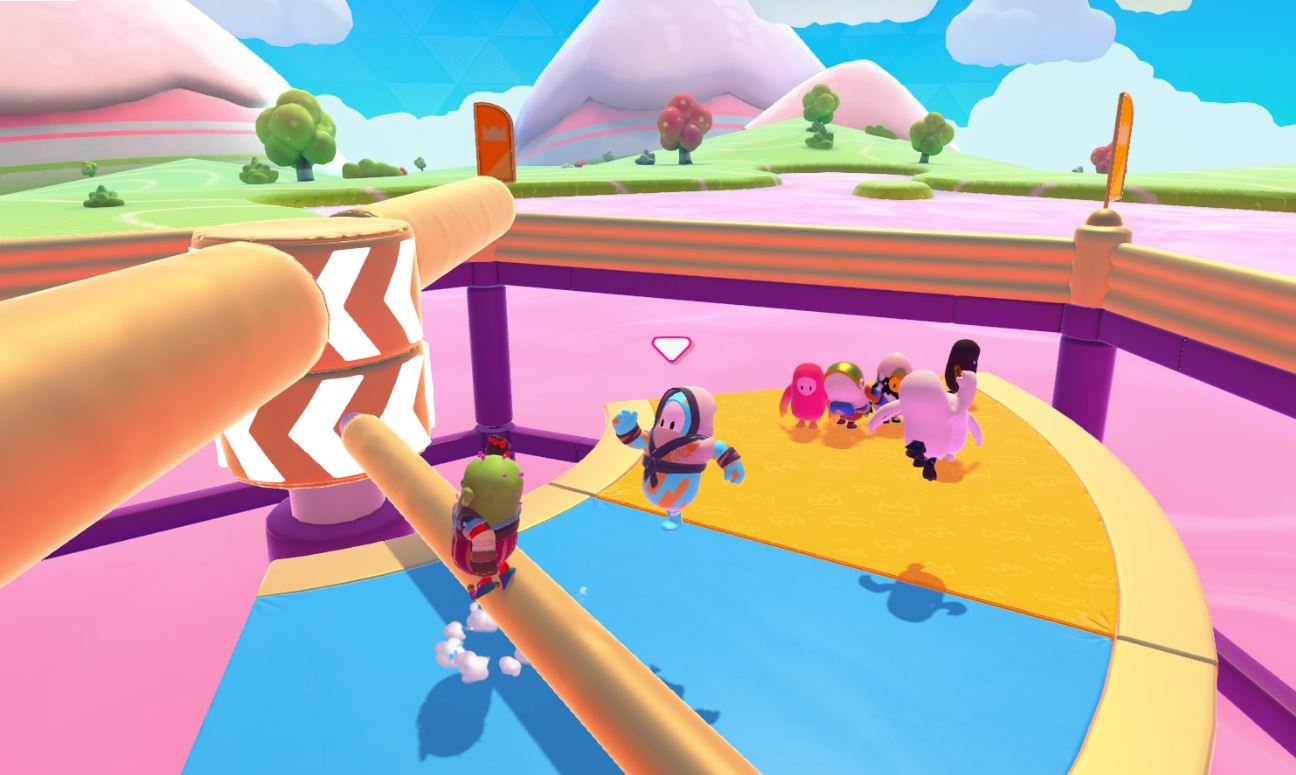 One of the best things about Fall Guys is that rounds are quick, chaotic, and entertaining. There are also usually a few moments of hilarity in every round. The stages that are more frustrating than fun are at least over fairly quickly, so your pain isn’t prolonged. However, one Fall Guys stage has none of the qualities that make the game enjoyable and is in need of a rework.

The stage in question is Jump Showdown. It’s the Final round version of Jump Club. Players stand on platforms around two rotating beams and need to jump over the lower one without hitting the higher one. The lower beam slowly speeds up, which is supposed to make the stage more challenging. Platforms also fall away over time until there are just two left.

In theory, this sounds like a perfectly good Fall Guys stage. However, even with the lower beam spinning at maximum speed and just two platforms left for players to stand on, the stage isn’t that tough. The result is that players end up mindlessly jumping for ages, hoping the other contestants give up or make a mistake. It’s more like an endurance challenge than the chaotic romps that have made Fall Guys such a hit.

This is not entertaining gameplay.

You can resort to grabbing other players to upset their rhythm or try to throw them into the beam. However, this is a high-risk strategy that’s just as likely to get you knocked off. I don’t think Mediatonic need to remove Jump Showdown. There are plenty of ways the stage can be improved to challenge players mechanically and tactically.

How Fall Guys can rework the Jump Showdown stage

Improving Jump Showdown means making the stage wrap up faster. That means increasing the difficulty more rapidly and to a more challenging level. One change that Mediatonic could make to achieve this would be to make the platforms smaller, but leave enough space for players to jump between them. This would make positioning and predicting when the beams will align a lot tougher.

Another way to rework Fall Guys’ least fun stage is to make the platforms rotate in the opposite direction to the beams. Again, this means players need to do a better job predicting where the two beams will align. It also means the beams will effectively move faster.

A quick fix solution that could be implemented while the stage gets improved could be to have a cutoff timer. When it reaches zero, the last platforms fall. This would mean that everyone left jumping will fall to their death. Players will need to get creative with their strategies to be the last one to die. For example, you could attempt to hit the beam at just the right angle and get launched into the air.

If you think Fall Guys needs to rework Jump Showdown or another stage, you can share your opinion with the developer. Jump over to the Fall Guys round survey and fill out the form. Even if you don’t think Jump Showdown needs a rework, sharing your thoughts will help Mediatonic shape the future of Fall Guys.