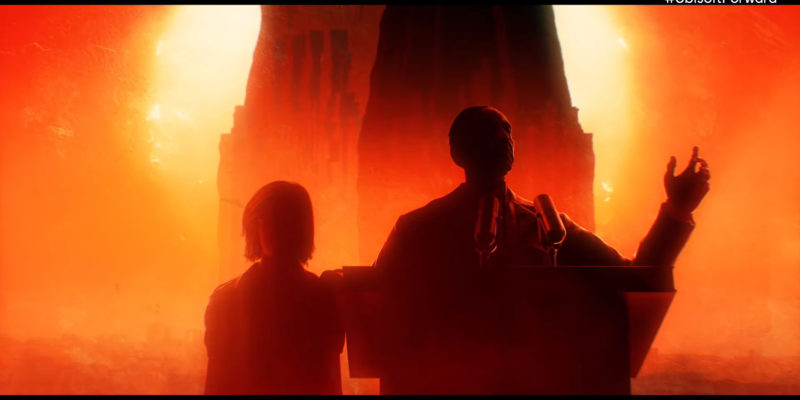 Two days ago the PlayStation Network made an oopsie and accidentally revealed the existence of Far Cry 6. During today’s Ubisoft Forward livestream, the publisher officially revealed the game starring Giancarlo Esposito of Breaking Bad and The Mandalorian fame. The first thing we saw was a cinematic title sequence trailer, showing the cast. The opening is reminiscent of a Netflix show, come to think of it. You can almost see the “skip intro” button in the corner. Not that you would want to, as the opening sequence does look cool and minimalistic.

Then we have an extended cinematic trailer showing a scene between Giancarlo’s Anton Castillo and his son, Diego. Anton is El Presidente of a fictional Caribbean country named Yara. Things aren’t going well in Yara and revolution has begun and is knocking on the capital’s door. This band of guerrillas is led by a man named Dani Rojas, presumably the player character of the game.

There is also lots of speculation surrounding Diego. Many online believe him to be FarCry 3‘s Vaas as a child. But this is complete speculation at this point. It isn’t clear when exactly the game takes place. Nothing ultra-modern like drones gives anything away, so Far Cry 6 could easily take place in the past when Vaas would still be a child.

This is the way

We don’t see any gameplay, which is not unexpected considering the game was just revealed. But there is a high chance we will see more at the next Ubisoft Forward which was teased by company CEO Yves Guillemot. We do not have a date for that next show at this time, but we will be sure to let you know as soon as we do. You can preorder Far Cry 6 right now and the game will release on February 18, 2021.