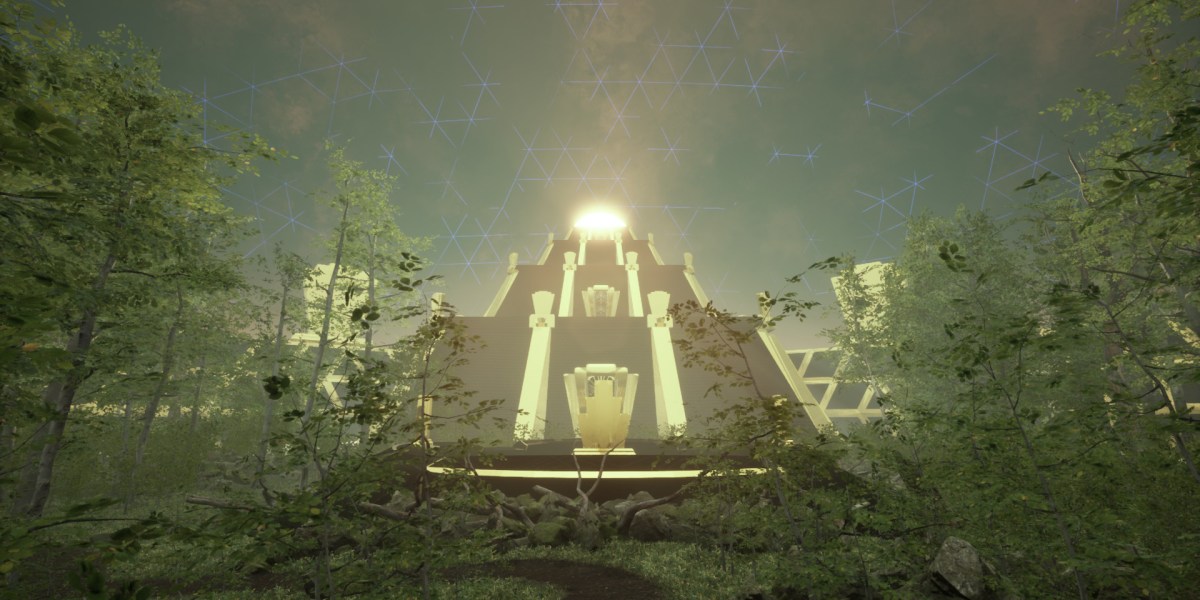 Throughout history, modern cultures have remained fascinated by the feats and culture of the ancient Egyptians. We’ve learned much about them over the past century in particular due to new discoveries and modern science, but that has only piqued curiosity further for many. If you too find the ancient kingdom of Egypt fascinating, the upcoming Faraday Protocol game may be worth a visit. However, this puzzle adventure has a big twist.

Faraday Protocol sends you up into space where you discover and explore an advanced space station based on Egyptian themes. You are Raug Zeekon, an archaeologist from planet Cunor. Obviously we’re talking about a science fiction setting, perhaps without direct connections to Earth. Either way, the inspiration is pretty obvious.

Your motto is “Explore, Exploit, Expose.” Once you dock on the mysterious Opis station, you’ll encounter an alien AI named IRIS. From there, it’s hard to say where the story will take you, but that’s the point of playing the game isn’t it? Check out the trailer to get a feel for what to expect.

You can see that there will be a range of interesting puzzles you’ll need to solve along the way. The game’s Bia-Tool will be the key to success, and hopefully what makes this experience feel unique. Many of these puzzle games feature some sort of sci-fi device that allows you to interface with environments in special ways. QUBE and Portal should come to mind. This appears to be the case for Faraday Protocol as well.

The Bia-Tool will allow you to to absorb certain energies and redistribute them, influencing the machinery on the space station. For instance, the game description mentions that you can “activate and deactivate power lines and devices with orange energy – or bridge and re-route them using the blue energy.”

Faraday Protocol releases on August 12 via Steam and GOG. Better yet, you can try before you buy. The demo is available now.

Want even more puzzle goodness? You can also pick up a popular title for free this week. Here’s a short primer for what to expect in Obduction.

Spritfarer developer opens up in documentary by The Escapist