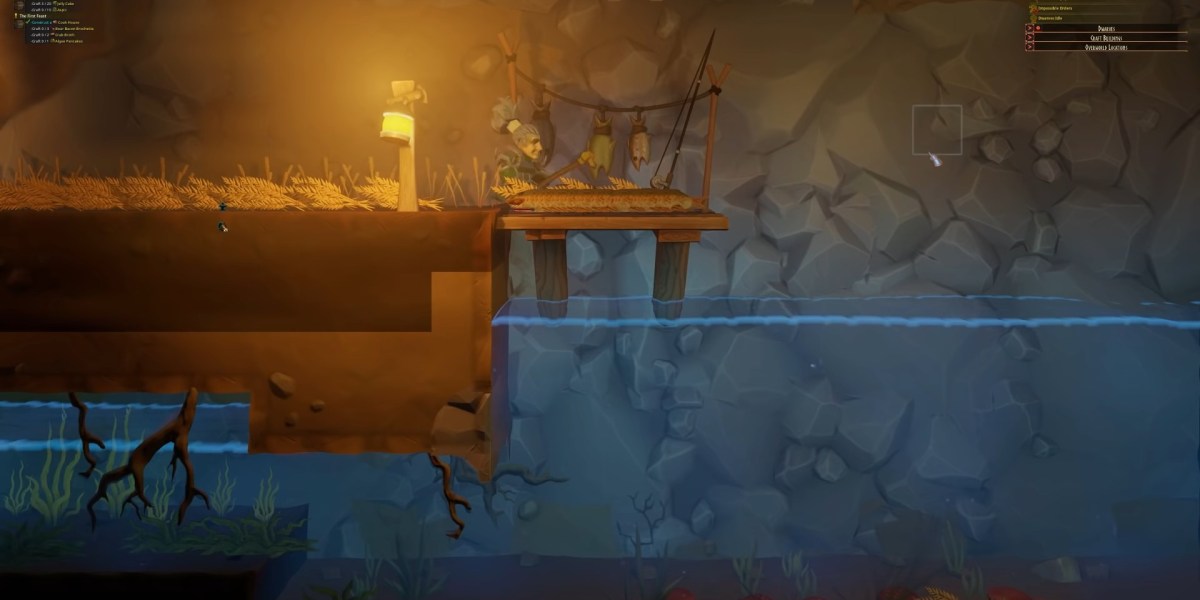 The mining colony sim Hammerting has remained in Early Access for almost a year now, and it has received a fair few number of updates during that time. Many of these updates proved substantial, such as the Overworld Update, which “introduced an overhauled Overworld featuring procedurally generated factions, locations, and roads.” And now it looks like fans of Hammerting have received another hefty batch of content to play around with, as the newly released Farming and Fishing update adds new farming and fishing systems, as one would expect. Players can take a look at the full patch notes for the update on Hammerting’s Steam page.

Publisher Team17 posted a new trailer alongside the new update that briefly goes over what players can expect from these newly introduced mechanics. The small menus, numerous icons, and zoomed-out perspective make it difficult for viewers unfamiliar with Hammerting to understand exactly what happens in the trailer. Even so, the name of the update as well as the interspersed text makes the general gist of the trailer pretty self-explanatory.

What else does the update feature?

According to the patch notes, the Farming and Fishing update adds much more to the game than just its two advertised activities. For instance, players can now experience Hammerting on ultra widescreen monitors, and with that comes the option “to squeeze the UI towards the middle of the screen.” The update also includes a new multiplayer co-op mode, albeit in an experimental state, so players can feel free to test the game out with a friend. And, of course, the update incorporates some bug fixes, AI tweaks, and general quality of life improvements.

It seems that the Farming and Fishing update will give fans of Hammerting plenty of reason to boot the game back up for at least a few more sessions. It is safe to say that, by the time Hammerting leaves Early Access, it will become a very different game from how it started.