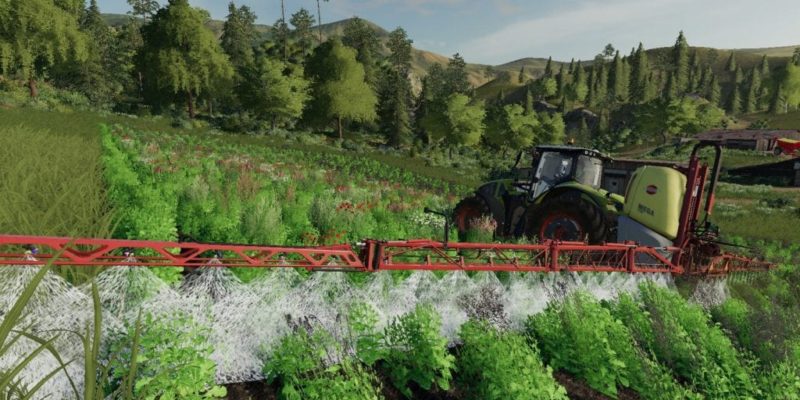 Epic is back at it again with another “Free Game of the Week”. Right now, the current offering is the surprisingly popular Farming Simulator 19.

The game has been out for over a year at this point, but it still has a notably active community that’s constantly pumping out new content in the form of mods. This includes new farming machinery, objects, tools, game utilities, and a sizeable collection of new maps to farm on. Case-in-point, there’s a wealth of content to access all for free. There are also a few paid expansion packs, but you really don’t have to jump for them unless you absolutely want to.

I reviewed the game back in 2018 when it was initially released. While I didn’t find it to be a super-massive upgrade over its predecessor (Farming Simulator 17), I still found it to be a decent enough experience to warrant checking out for those who craved it. Now that it’s going to be free for a while, you have virtually no excuse to see why this series has been running for so long and has amassed a sizeable following. System requirements are incredibly reasonable compared to the vast majority of other modern titles, so any machine with specs from the past few years should have no issues running this at modest settings at the very least.

You have until February 6, 2020, to claim a copy for free. After that, the game will then go back to its original price of $20.

Seeing that this is an Epic Games Store offer, it goes without saying that you’ll need Epic’s client in order to access this title.

Giants Software recently announced that the expected sequel to this title, unofficially known as Farming Simulator 21, would not be released this year. While the game was never officially confirmed, its release was anticipated by fans due to Giants following a nearly perfectly consistent annual release schedule for the last decade. The next Farming Simulator is now expected to release after the launch of the upcoming PS5 and Xbox Series X next-gen consoles.

The Witcher animated movie to focus on Geralt’s mentor Vesemir

The Innsmouth Case is Lovecraftian suspense with 27 different endings