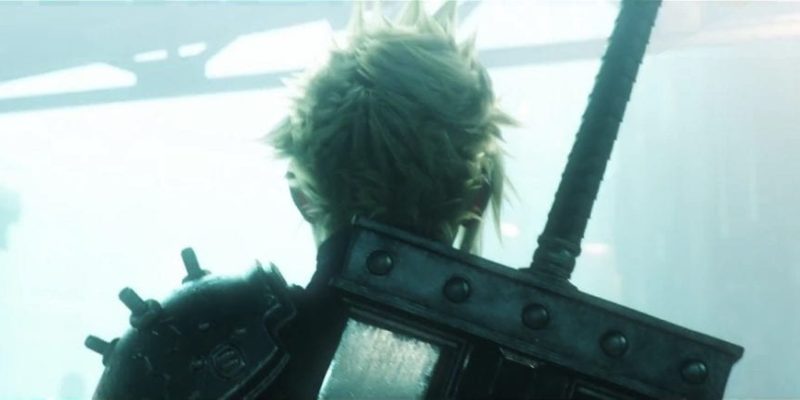 This is a bit of a dubious story for a PC site, but I figured it was worth addressing: a Final Fantasy VII remake is in the works, despite repeated claims from Square Enix that it’d never happen.

If the Shenmue 3 Kickstarter was Sony dropping a bomb, then a Final Fantasy VII remake is thermonuclear war – and to stretch this metaphor to breaking point, the missiles are in the air.

All we have so far is a short CG teaser trailer showing Midgar, and Cloud strolling through the city streets with the Buster Sword strapped to his back, which ends with the teasing words “Play it first on PlayStation 4.” What that realistically means is that Final Fantasy VII‘s remake will be hitting other platforms, but we have no idea what those platforms are.

A PC version, though, is hardly out of the question. Square Enix have been shunting an awful lot of past Final Fantasy games onto the PC, included remakes that haven’t actually hit consoles, like the Final Fantasy IV: The After Years remake that’s otherwise only on mobile devices. The Final Fantasy XIII series is gradually being brought across, Final Fantasy XIV (the MMO) is obviously on PC, and there are repeated rumours that they’ve been hiring devs with PC experience to work on Final Fantasy XV. Final Fantasy Type-0 HD is shuffling its way over.

Let’s also not forget that most of Sony’s surprise E3 reveals tend to not mention other versions; we had to wait for Double Fine to confirm that Grim Fandango Remastered would be making its way to PC, and the Shenmue Kickstarter reveal didn’t mention PC at all unless you checked the Kickstarter page. By this time tomorrow, we might have a definitive list of the systems it’s due to hit.

Anyway: to my mind, the bigger question isn’t “will it come to PC” (because I’m fairly sure it will, even if it winds up being several years after every other version), but “will the PC version be an atrocity”, as most of the Final Fantasy ports of late have been a bit arse. Final Fantasy XIV was fine, though, so if it’s actually built with PC in mind, it might actually turn out okay.

The Final Fantasy VII remake has no release date, but we might hear more about it at Square Enix’s conference tomorrow. For now, you can see the trailer below.

And for the record? I think Final Fantasy VII is pretty heavily overrated, especially compared to Final Fantasy VI, but it’s still got a special place in my heart, and I’m arguably more excited for this than I would be for an FF6 remake.