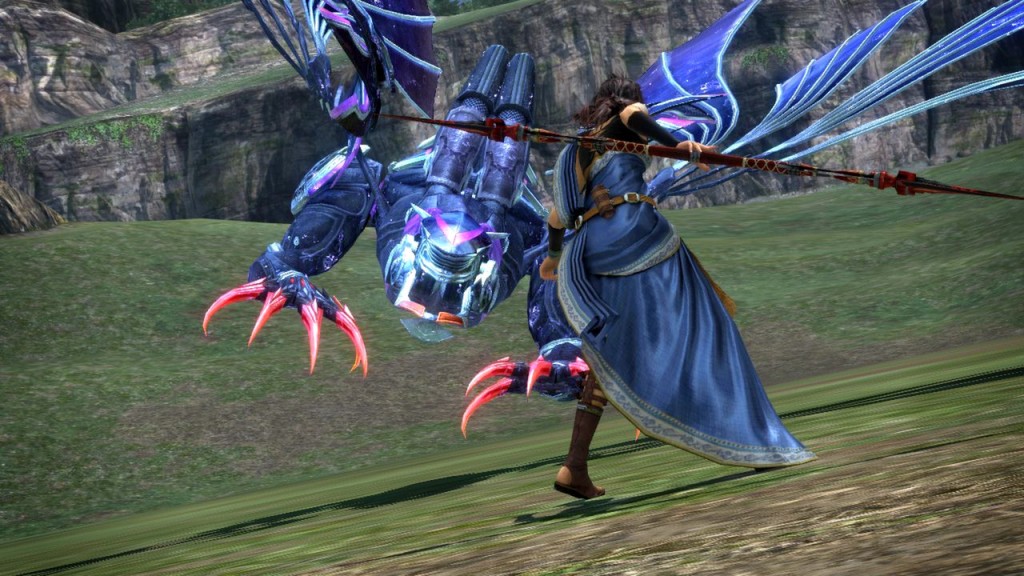 Some quality ground texture work, there.

This is the part of the news story where I’d normally list all the wonderful additions and improvements that the PC port of Final Fantasy XIII will bring, except … well, the Steam page is pretty light on any of that kind of detail. All of the screenshots present on the store page are 720p and don’t really confirm any sort of graphical upgrade. In fact one of them (above) has some particularly awful ground textures on it. The rest look alright though.

Steam achievements are confirmed by the side-bar, and apparently Trading Cards will be included as well.

A gamepad is strongly recommended too, so I’d imagine that means both that gamepad support is in and that keyboard/mouse support may be a bit lacking. The Steam community hub for Final Fantasy XIII is currently full of threads suggesting this is a bad game and requesting different Final Fantasy titles instead.

Thanks to IncGamers reader theIntern for first bringing this to my attention.

By Tim McDonald2 hours ago
Guides