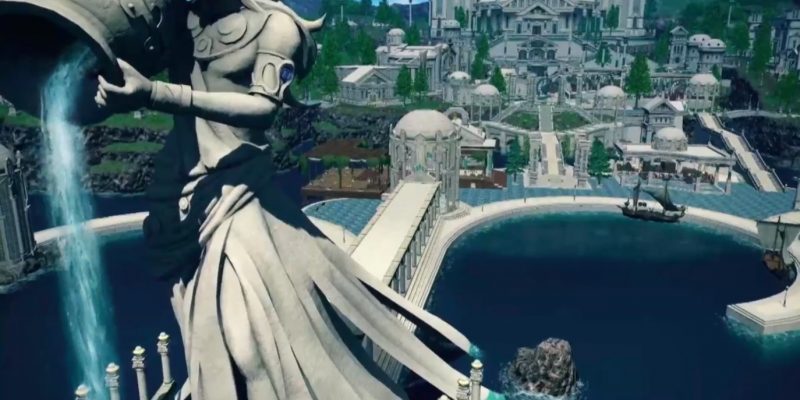 The second hub city for Final Fantasy XIV: Endwalker has been announced as Old Sharlayan. To which I can only say, “called it.” Square Enix showed it off for the first time during today’s Digital Fan Festival 2021.

This was, in fairness, hinted at by the Sage job, Sharlayan turning up on the world map in the teaser trailer, and the hints in recent patches that Sharlayan would be playing a role. But finally, in Endwalker, we’ll be setting foot in there.

Old Sharlayan will apparently be the Crystarium equivalent, which presumably means it’s our first (and major) hub city, as opposed to Radz-at-Han, which I guess is the Eulmore equivalent. It has a prominent role in the extended trailer released a little while ago, and as the seat of learning and hoarded knowledge, it seems like the sort of place you’d want to visit when trying to prevent the end of the world.

That said, Sharlayan isn’t exactly the most open place, having refused to provide aid in basically every horrible event that’s happened so far. And the trailer shows that this may not have changed too much just yet. Nonetheless, the city looks lovely: I’m seeing some ancient Greek theming in there, but there are also some other aspects there. Grand old buildings, huge libraries, and the like. I approve. Alas, no housing here yet: Ishgard is next!

There were apparently meant to be six starting cities in the dreaded Final Fantasy XIV 1.0 — Ul’dah, Gridania, Limsa Lominsa, Ishgard, Ala Mhigo, and Old Sharlayan. That was cut from six to three, and that number was maintained in A Realm Reborn. However, the remaining three have gradually been added to Final Fantasy XIV over the course of the expansions, and now we’ll finally get to set foot in Old Sharlayan itself.

More to come as the Endwalker keynote continues at the Final Fantasy XIV Digital Fan Festival 2021.