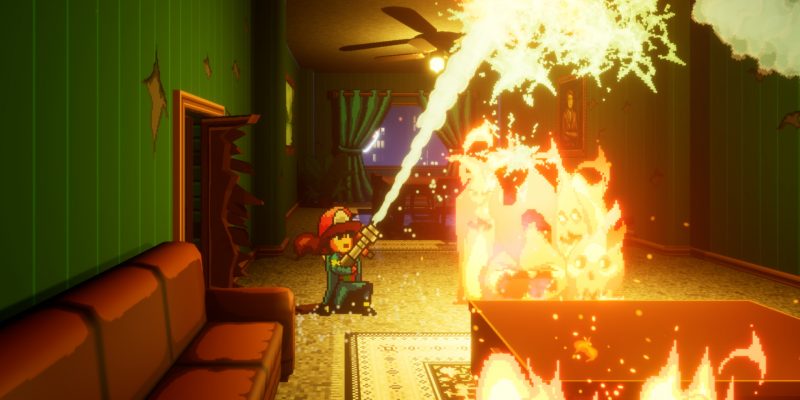 Indie games continue to play an important role in the wide world of the video game industry. Where most big-name publishers stick to their tried and true brands, indies have a wee bit more creative freedom. During the Guerilla Collective showcase, Firegirl took the stage and essentially proved that point. Developer Dejima Games blazed the screen with its mashup sprite animations and modern 2D level design when it announced Firegirl: Hack ‘n Splash Rescue and its upcoming fall launch.

Firefighters never really know what they’re getting into until they answer the call. Cat stuck in a tree? Someone needing to be resuscitated? That same level of unpredictability can be found in Firegirl. “We wanted to capture the sense of imminent danger that comes facing this natural disaster and translate it into a whimsical arcade adventure,” said Julien Ribassin, founder of Dejima, in a press release.

Sim, spray, and save your city

Each level will be procedurally generated and feature rogue-lite elements. You’re given the goal during each level to save lives and complete tasks against a three-minute timer. However, when you save lives or commit acts of bravery, your time can be extended to ensure you get everyone out alive. And of course—everything’s on fire.

There are a number of different tools at your disposal in Firegirl. For example, you’ll use your ax to split your way through obstacles and turn monsters into soot with your water cannon. Your special spout also acts as a jetpack of sorts to help you reach high places for bonus items. It’s unclear how these hard-to-reach items will impact gameplay.

You’ll be able to upgrade your equipment from your Firehouse. Your homestead will also act as a hub with its own set of duties to maintain. You can hire staff and do firefighter adulting tasks, like pay bills. These light sim elements will help you along the way to build your city back up from the literal ashes.

Firegirl comes to PC this fall and is being developed by Dejima Games and published by Thunderfull. There is no confirmed release date or pricing at this time. 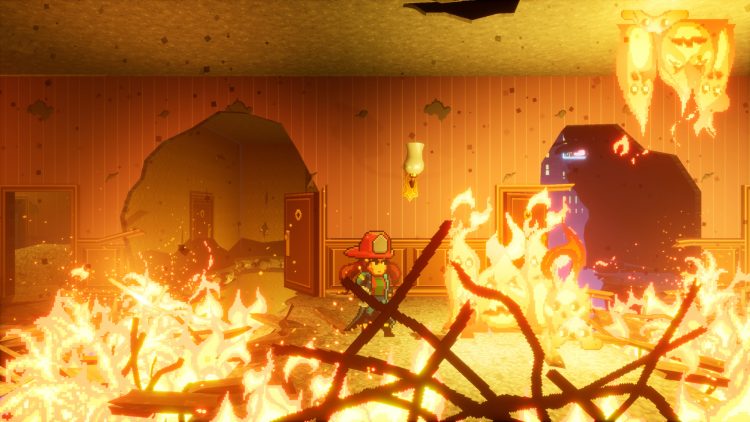 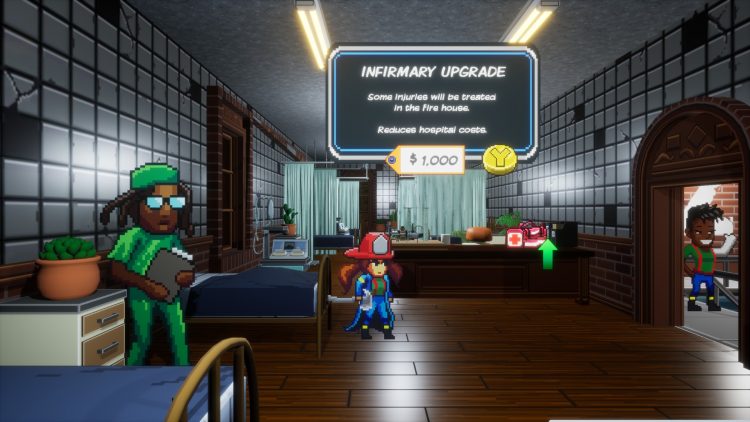