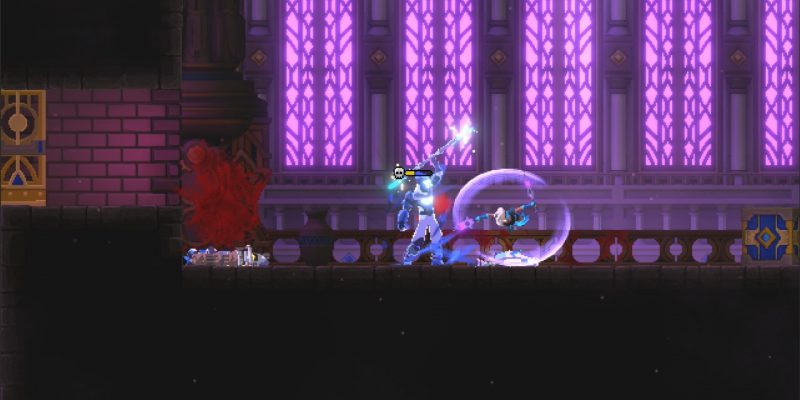 Foregone finally arrived on Steam today after a year of being an Epic Games Store exclusive. This action platformer from Big Blue Bubble follows a super-soldier in a fictional city years after a major war. In addition to the game’s arrival on Steam, Big Blue Bubble is also releasing a new Foregone update.

Big Blue Bubble described Foregone as a “fast and furious platformer packed with legendary loot.” A corruptive force known as the Harrow has overrun the city of Calagan, and it’s your job to stop it. Nobody knows the Harrow’s origins, but its undead minions are hell-bent on destroying the city. The 3D-to-2D pixel art game involves collecting weapons and upgrading skills that will help you defeat dangerous enemies.

A Foregone demo hit Steam one month ago. The full game is now finally available for purchase, and you may want to grab it soon. Foregone is currently 20% off on Steam in celebration of launch day, and this offer ends March 8. The game costs $15.99 USD at the discounted price and $19.99 at full price.

Foregone was first announced at The Game Awards 2019. The title launched on Epic Games Store the following February in Early Access, where it remained an exclusive for a year. Big Blue Bubble has finally loosened the reigns with a release on Steam and consoles.

According to Big Blue Bubble’s blog, Foregone is also receiving Update 1.1 today, free for players on all platforms. The update includes two brand new weapons, the Warscythe and the Shock Pistol. The latter shoots electric bullets at multiple enemies in a devastating chain. Additionally, there are new side missions with timed challenges that test speed, performance, and combat, as well as two new NPCs. Big Blue Bubble also added new boss encounters, with one special challenge coming from “your corrupted frenemy, the Warden.”