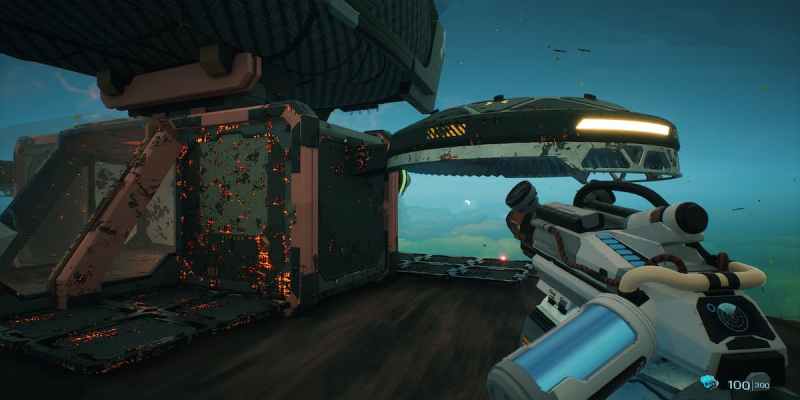 Earlier this year, Far From Home, a studio made up of former Dying Light developers, dropped the first trailer for its first-person survival game Forever Skies. Since then, the developer released a free Steam demo that gave players a glimpse into the game’s post-apocalyptic sci-fi world. Originally, the developer aimed to release the Early Access version sometime this year, but now those plans have shifted. According to a Steam news update posted today, Far From Home has delayed the Early Access release of Forever Skies to “the first half of 2023.”

The developers made this decision partly because of fans’ positive feedback regarding the demo. More players have expressed interest in the Early Access version than the developers initially anticipated, and with the positive reception came several suggestions for improvements and additional features. This convinced the developers to expand on Forever Skies’ scope, which means they have to spend a little bit more time implementing the features players want to see.

What kinds of features?

One feature the developers have focused on will come in the form of an explorable Earth’s surface. Initially planned as among the Early Access version’s first major updates, this feature will now be included right out of the gate. Additionally, the developer will improve the game’s derelict towers and locations by adding “much more variety and reasons to explore them,” and will also implement an airship damage and repair system as well as expanded airship customization options. Later on in the Early Access version’s lifespan, Far From Home will flesh Forever Skies out further with four-player co-op and a fully realized story.

With Forever Skies now delayed, the developer can hopefully address as many fan requests as it reasonably can. The team will answer more questions from fans at the end of the month, so it won’t be long before we hear more about the developer’s future plans.