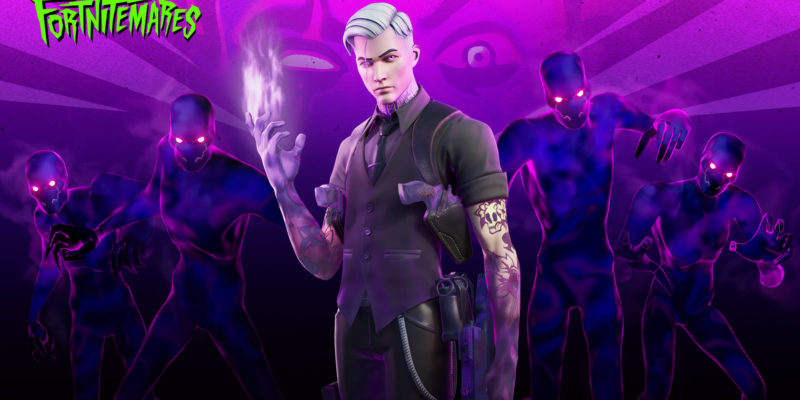 As the Halloween events kick off in pretty much every online multiplayer game, Fortnite is of course, no exception. The aptly named Fortnitemares Halloween event begins today in Fortnite at around the same time as the previous few years. This time around, Shadow Midas leads an undead pack to hunt remaining survivors in solos, duos, and squads.

This twist on the Fortnite formula is the headline act for Fortnitemares 2020. It takes shape as a similar mode to Warzone’s Zombie Royale, which went live yesterday as part of the Haunting of Verdansk. The Fortnite edition of an undead mode infects all the standard playlists though, providing options for solo and duo players. Basically, when you’re eliminated, you’ll respawn as a “Shadow,” tasked with taking down anyone who’s still alive. You’ll gain some cool new abilities in the afterlife too, like being able to possess vehicles.

The Halloween fun doesn’t stop there. As you explore the map, you’ll find a selection of appropriately themed weaponry and items. There’s the Pumpkin Rocket Launcher, the Fiend Hunter Crossbow, a ridable Witch Broom, and a “new invention” from Shadow Midas. Of course, all of these look suitably spooky. 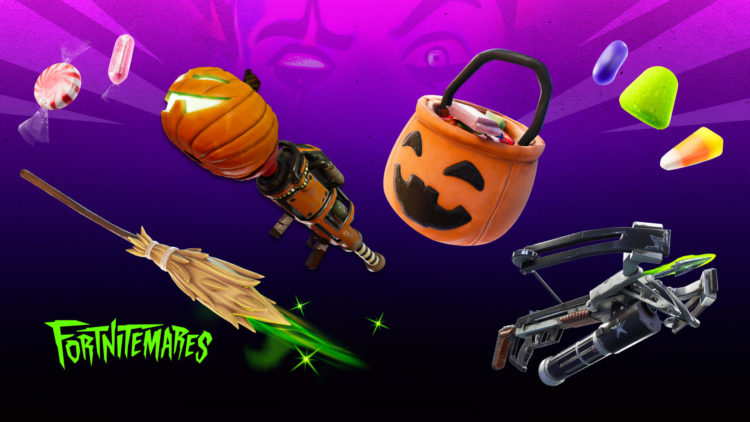 A live event such as this won’t leave you without some fresh challenges to complete. Over the course of Fortnitemares 2020, there’ll be a selection of in-game challenges to get hold of some unique treats. Midas’ Shadow Wrap, the Smash O’ Lantern Pickaxe, some Bobo Back Bling and more will be up for grabs. The specific nature of these challenges hasn’t been revealed just yet.

For you creatives out there, there’s a new code hunt in Fortnite’s creative mode. Four spooky islands will explorable over the course of the event, with code digits buried in each. If you successfully explore the four islands, you’ll be able to combine the digits and unlock the Wrath’s Wrath Wrap skin. Bit of a tongue twister that one. Of course, the in-game shop will also be decked out with cosmetics, including the new Party Trooper outfit.

Finally, a live gig has been scheduled for Halloween night, October 31. Hip-hop artist J Balvin will host the Afterlife Party in Fortnite at 9 PM ET, featuring the debut of his brand new song, “ft. Sech.” If you attend, you can grab the exclusive J Balvin style variant of the new Party Trooper Outfit.