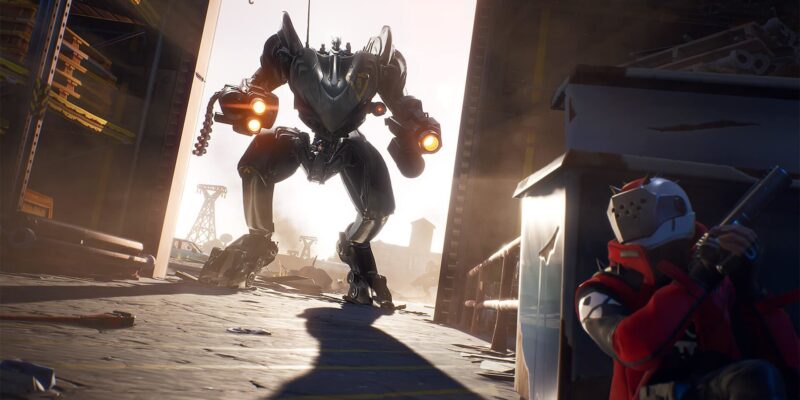 One aspect of Fortnite Season 8 that has proven to be popular among fans is the introduction of donation boards. These allow you to use your gold bars to have a say in how the season will play out. Already, we have seen donation boards that fund mounted turrets. Also, players have voted to bring the Shockwave Launcher back from out of the vault. According to a new leak, mechs could feature on a future Fortnite donation board.

Fortnite mechs made their debut on the island back in Chapter 1, Season X. At the time, they were considered extremely overpowered. Equipped with an automatic shotgun and automatic targeting missiles, you could easily shred through players and structures. Additionally, who could forget that you could jump up hills and mountains in the mechs.

Save your gold bars, it could be time to bring the mechs back to Fortnite

The first Fortnite leaker to share information about mechs returning was ShiinaBR. On Twitter, the leaker shares the text file which could indicate that mechs could feature on a future donation board, as they need to be funded. Following this, prominent leaker HYPEX provided fans with some further details surrounding the leak. It is thought that mechs will have a robotic effect for voice chat this time around. Also, they will allegedly be able to float on water and have improved charging effects.

At the time of writing, it is unknown if Epic Games is planning to release the same B.R.U.T.E mechs that featured in the game previously. Only time will tell if mechs make their way back into the battle royale, as no specific release date has been outed in the leak. However, HYPEX believes that it will be the end of Season 8. As a result, we may have to wait a while to get any official confirmation on mechs returning.

Keep in mind: Mechs will most likely be added to the game later this season, according to text in the files!

At the moment, it's not known whether they will be the old B.R.U.T.E mechs or a new type of mechs.

We will be able to fund for them: "FundingStation.Mech.FundedAmount" pic.twitter.com/vt74fthbhT