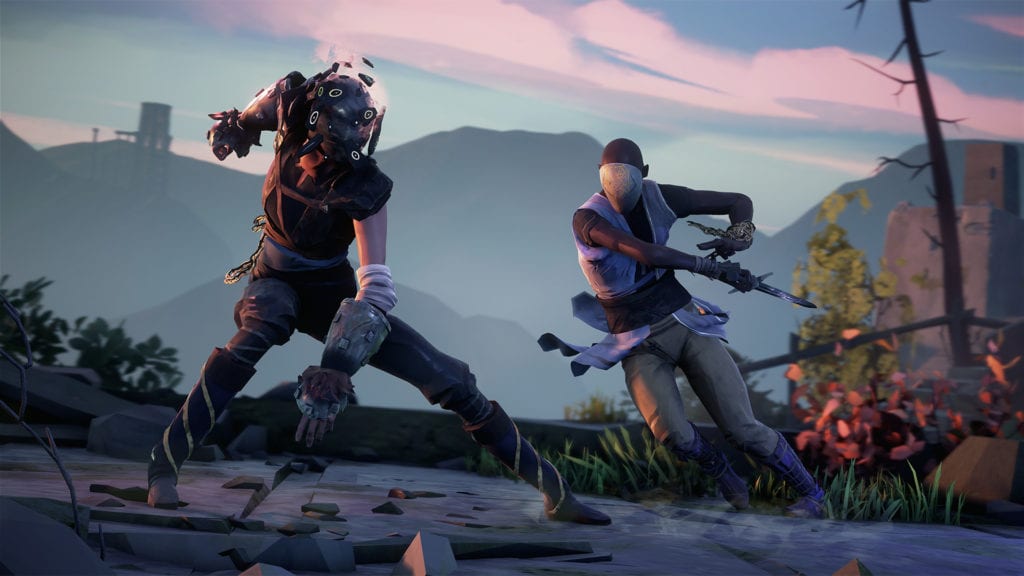 There’s a lot of new content knocking on Absolver’s door. The ultra-sleek martial arts game is getting an expansion this September. According to a post on the game’s official website, the Absolver expansion is called Downfall. And it’s completely free.

Downfall adds a new game mode to Absolver. Sharing its name with the expansion’s title, Downfall has players battling through an underground mine. Players can tackle the content by themselves or team up with a partner through the game’s online co-op system.

“Battle deep in the mines of Adal as a solo warrior or in online cooperative play, collecting Gleam from infected Prospects and transforming it as a reward for your deeds. The more Gleam you capture, the more powerful you become in your struggle to defeat the Corrupted, and even Arcell himself. Each run through the Mines and Temples is a unique path through a variety of challenges and situations, facing upgraded enemies, and three epic boss fights.”

The Faejin combat style in action.

A new game mode is just the tip of the iceberg, too. Downfall also introduces the Faejin combat style. This style draws inspiration from Bruce Lee’s Jeet Kune Do technique and “blends defense and offense with percussive strikes and fluid power.” Although it sounds enticing, only experienced Absolvers should attempt to master the Faejin style, as it requires constant inputs and careful positioning to perform its moves.

However, those that seek to master Faejin combat techniques will have access to twenty-six new fist-based attacks, as well as fifteen sword moves.

In Downfall, players can undertake “School Challenges.” These challenges allow individual players as well as specific schools to compete against one another. School Challenges manifest as 1v1 combat trials. Combatants earn points by defeating challengers using their school’s signature style, which then get added to a running total. Every three weeks, high-ranking individuals and winning schools earn new rewards.

A look at some of Downfall’s near gear

Speaking of rewards, Sloclap also announced that Downfall includes six all-new equipment sets. In addition to the Downfall-exclusive gear are masks, swords, and wargloves, all of which are found in the Mines of Adal. And finally, Absolver’s Essence shop will sell new emotes, PvP intro videos, and prestige armor variants once Downfall launches.