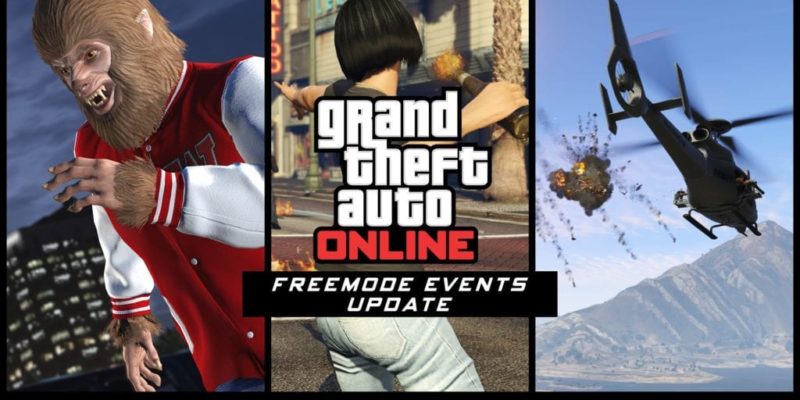 Grand Theft Auto 5‘s GTA Online Freemode is getting an update next week with Freemode Events.

These new events will come with no menus and load times and will simply just appear and you can join in the action as these events happen.

Events available will include King of the Castle where players will have to reach the high ground and claim a designated “castle” as their territory. In Hunt the Beast one players will be transformed into faster stronger beast character that looks like its just stepped out of Teen Wolf. There are also stunt challenges such as the longest wheelie or performing the most near misses in a vehicle without crashing. If you don;t like some of these events then there’s the option to choose which events will happen for you.

Next week’s update will also add two new Adversary Modes. Hunting Pack will ask a team to deliver a priority vehicle rigged to explode if it drops below a minimum speed while the other team tries to take it out. Finally, Cross the Line will feature two teams battling for each other’s territory across a neutral zone.

For PC gamers the sound effects library will also be added in this update for the Rockstar Editor.

All this new stuff will be released on 15 September.

SOMA trailer has a creature lurking around PATHOS II