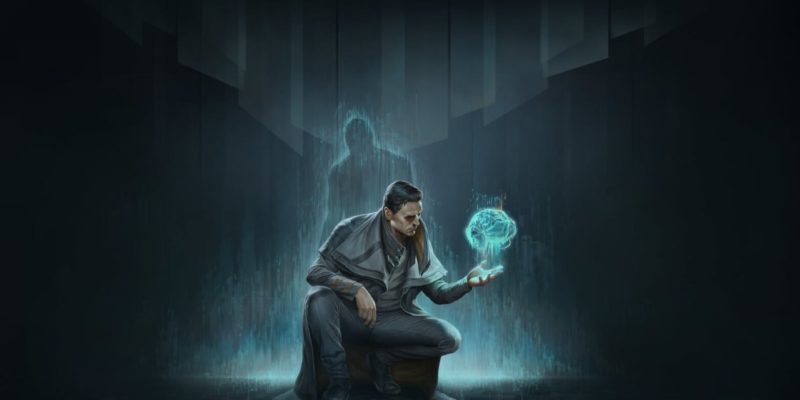 Cyberpunk 2077 isn’t the only cyberpunk RPG coming out of Poland; Anshar Studios has announced a 2020 launch window for their cyber-sleuthing title, Gamedec. The game began spreading its roots in the cyberpunk gaming community sometime in August, topping off with a reveal trailer at Gamescom. Gamedec puts players into the shoes of a hard-boiled detective, making tough, story-defining choices in an effort to crack down on crime. The game can be wishlisted now on Steam.

Based on the books by Marcin Przybyłek, Gamedec transports players into the 22nd century  — a future where life, death, and reality have all been redefined by technological progress. The futuristic setting of Warsaw City is a breeding ground for crime. Greed and corruption run rampant in the city, but more specifically, in its virtual realities. As a “Gamedec,” players will tackle all manner of crime and conspiracies being committed in the virtual space. The game focuses on mysteries that hit close to home for avid gamers: the suicide of pro players, slavery in F2P games, and more.

Gamedec describes itself as a pure RPG experience that mimics the complexity of tabletop RPGs. Additionally, like many classic RPGs, the game features an isometric perspective and branching dialogue galore. Naturally, it will focus heavily on player decisions and character building. Players will resort to their deduction and sharp tongue to win “battles” as a detective. Even without traditional combat, the amount freedom afforded by the game presents a plethora of choices. Those choices players make will ultimately decide the fate of your detective and virtual world as they know it.

The story takes players throughout the city, where they will solve crime after crime until the shadowy corporations step out into the light. But the game plans to avoid drawing a clear-cut line between what is right or wrong. Gamedec emphasizes a neutral approach to rewards and outcomes — players should be judging their own actions. It seems like whatever the outcomes are, it’s up to players to interpret and derive meaning from them.

Look out for more news on Gamedec as we move into 2020.

The Blind Prophet is a beautifully grim point-and-click adventure