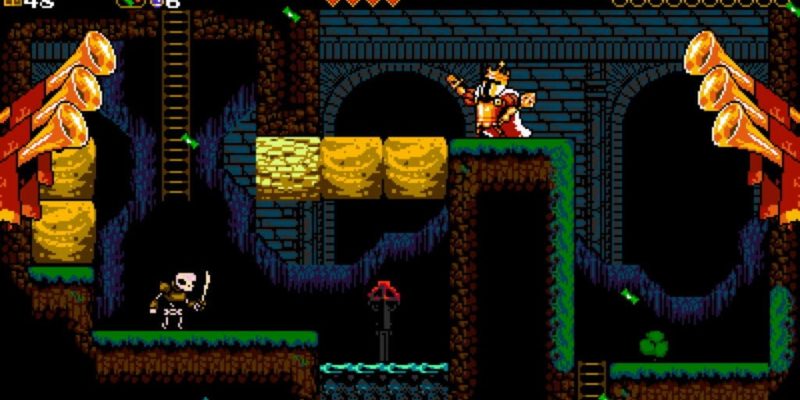 Shovel Knight: King of Cards is the final story campaign for Shovel Knight. It will appear within the Shovel Knight: Treasure Trove, the existing compilation of the original game and all its DLC. In King of Cards, you play as King Knight, who shoulder charges his way through four worlds and 30 courses. As it was with Shovel Knight, you fight enemies and amass a hoard of plunder as well as collecting new weapons, abilities, and followers.

Shovel Knight Showdown was revealed a year ago, and stands as a separate multiplayer versus game. You can choose one of 16 playable characters, such as the heroic Shovel Knight or any of his nemeses in the Order of No Quarter. The game includes several modes, such as a four-player free-for-all and a cooperative type where you fight against enemy AI.

Shovel Knight Showdown will have its own campaign story to play, full of foes to smite and minigames.

The gameplay trailer releases follow the unveiling of Shovel Knight Dig, the next game in the series. We wrote a bit about it yesterday not long after the reveal. In Shovel Knight Dig, you must chase after the Drill Knight, who has stolen all of Shovel Knight’s hard-earned cash. But instead of traveling across the lands, you now must burrow deep below. The game is still a 2D action platformer, but this time it’s been fully upgraded to 16-bit graphics.