At PAX West this afternoon, Gearbox Software took to the stage to discuss a bunch of Borderlands related info. Along with detailing more of Borderlands 3’s endgame content, the company announced a port of the previously PSVR exclusive Borderlands 2 VR for PC. While PS4 players are set to receive the “Bad Ass Mega Fan” pack (BAMF) on September 6, 2019, the main VR game and this new DLC pack will be heading to PC in Fall 2019.

As for Borderlands 3, the game will feature something similar to Borderlands 2’s “Badass Rank” mode. Dubbed “Guardian Rank,” it will work in much the same fashion. After finishing the main campaign, you’ll earn incremental upgrades for specific stats on your character build. While it won’t replace traditional leveling if you aren’t already maxed out, it’ll give players something extra to achieve while waiting for any level-cap upgrades.

Thankfully, that something extra comes in the form of “True Vault Hunter Mode.” Borderlands 3’s take on New Game+, this mode will let players re-experience the story with their beefed-up characters and abilities while matching enemy levels accordingly. This is accompanied by “Mayhem Mode” which is a feature players can activate at various terminals found in the game world. Coming in different tiers (Mayhem 1, 2, or 3), this will be an extra layer of difficulty with increasingly better rewards being doled out to those that can withstand it. 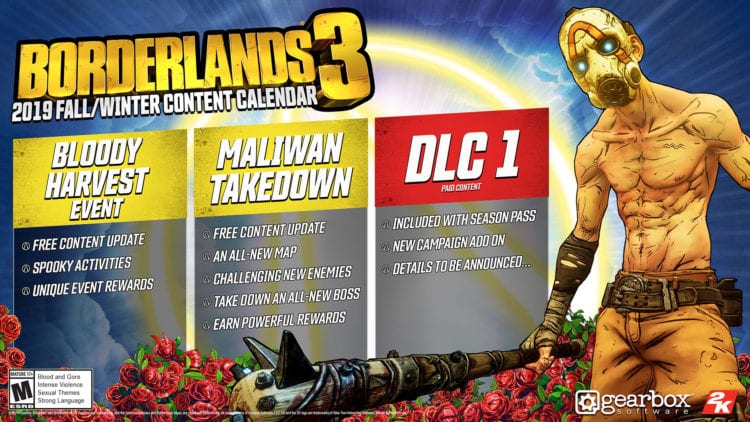 Finally, Gearbox has unveiled the initial roadmap for Borderlands 3 that details the DLC for 2019. Up first will be the “Bloody Harvest” event that includes spooky activities and unique rewards. Next, the “Maliwan Takedown” event will see players traversing a new map to do battle with brand new enemies and a boss encounter. There will also be the expected unique rewards for completion of these quests. Rounding it all out will be “DLC 1,” which is a part of the game’s paid season pass. More details will be revealed as it gets closer to release.

Monster collector Re:Legend releases in Early Access with 10% off