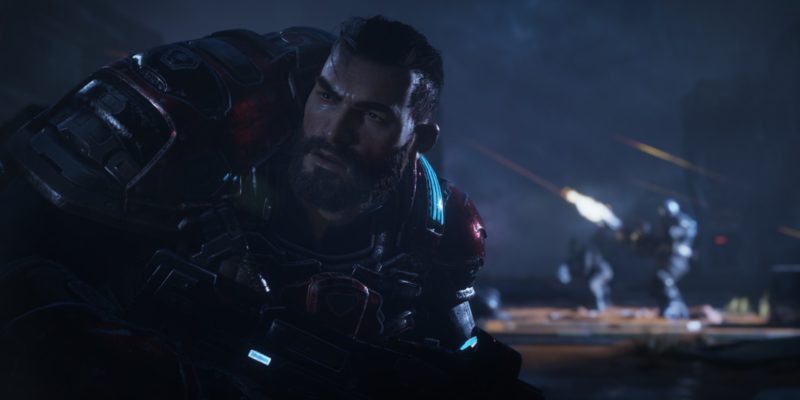 Gabe Diaz, the father of Kait Diaz, is the main protagonist of Gears Tactics. He also happens to be a Support class character, one that’s known for buffing and healing allies while taking out opponents with the Lancer. The Support class is unlocked after Act 1 – Chapter 4 (once you meet Mikayla Dorn). Here’s our skills and abilities mini-guide to help you out.

Note: This guide is based on a completed campaign where several characters reached level 6 to 7. For the other classes, you can refer to our leveling and recruitment guide. Anyway, you can see my ideal build for the Support class below: 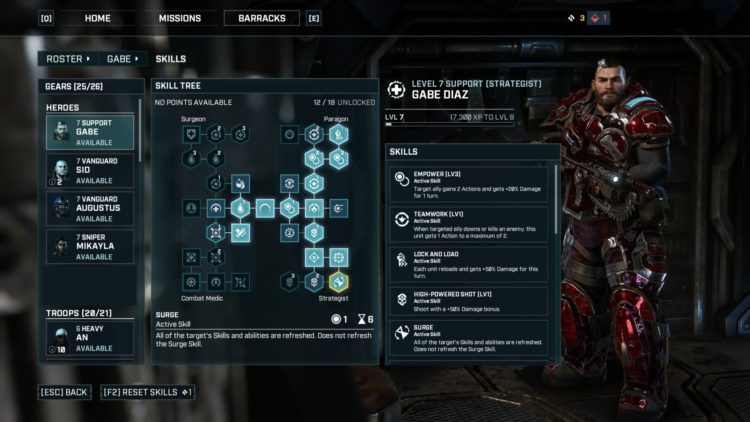 Gears Tactics‘ Support class has Command as a default passive skill; it heals all friendlies for a small amount whenever you get kills. There are four archetypes:

The Paragon skills such as Teamwork (gain 1-2 AP when a targeted ally drops an enemy), Lock and Load (all units reload and gain increased damage), and Empower (targeted ally gains 2 AP and damage increase) are too good to pass up. It’s more than likely that you won’t even have enough points to try and grab skills on the left-hand side of the tree. 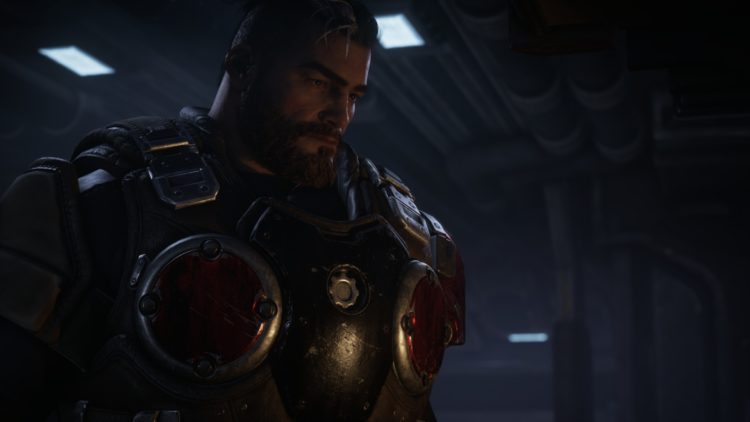 If you’d like to get healing abilities, just take Stim (+100 HP heal) and Stim Grenade Mastery (reduced Stim Grenade cooldown), and then dump your remaining points in the Strategist branch to get Surge. This refreshes all of a target’s skills. Now, given that you’re a Support class character, you’re not the one racking up kills; let your teammates — such as Snipers, Vanguards, or Heavies — do that for you if need be.

Your role is to provide allies additional AP or gaining your own by way of Teamwork. Of course, if an enemy is downed, go for the executions so you can join in on the fun. 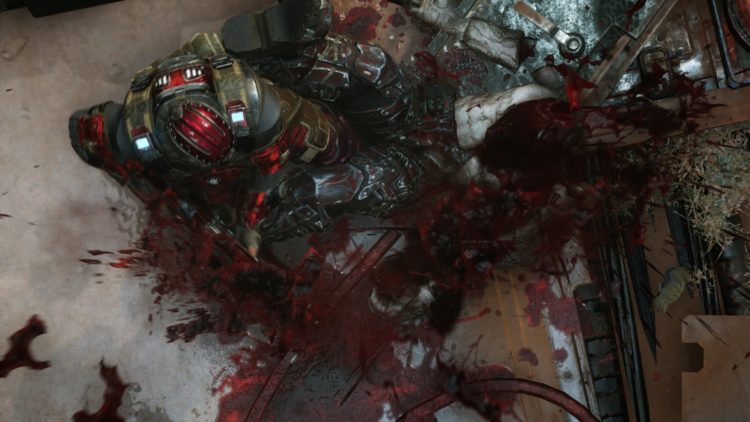 For the Lancer, I chose the following attachments: 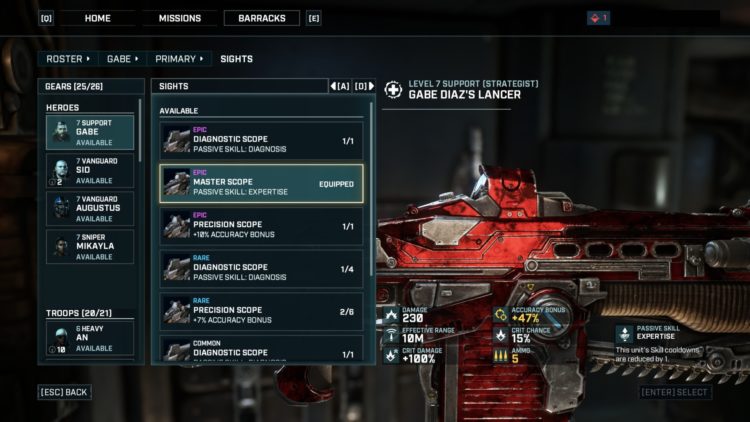