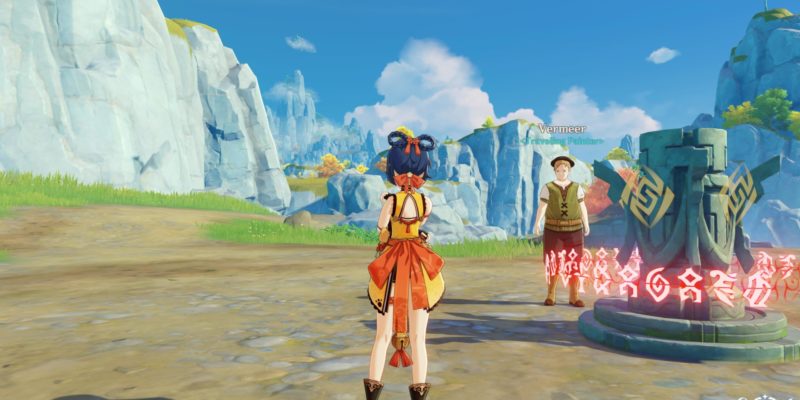 The world of Teyvat is filled with mysteries and wonders, and these will likely keep you engaged the more you progress in Genshin Impact. One of those happens to involve Vermeer and his paintings. It’ll eventually lead you on a quest to find Strange Rocks to solve the riddle in Luhua Pool.

You’ll find Vermeer on the western bank of Luhua Pool just some distance away from the teleport waystation. He’s right in front of two gigantic warrior statues and a Geo-based switch that can’t be activated yet. This is also close to where a daily commission usually takes place.

Anyway, Vermeer tells you that he lost two of his paintbrushes. He gives you two paintings that act as clues. You can see the first painting below. 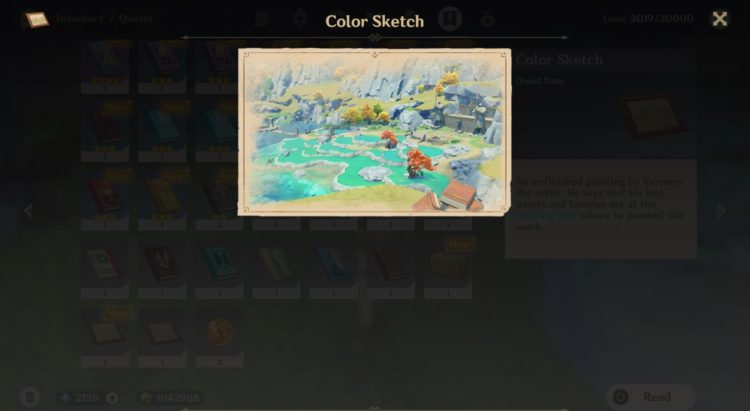 The location is actually very close to the teleport area mentioned above. Here’s what it looks like. 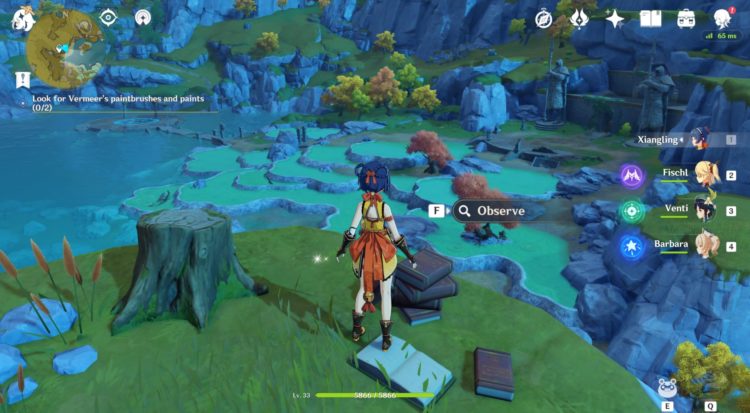 As for the second painting, it’s a bit tougher because of the perspective being used. It’s actually on the eastern bank of Luhua Pool near the teleporter in the ruins. 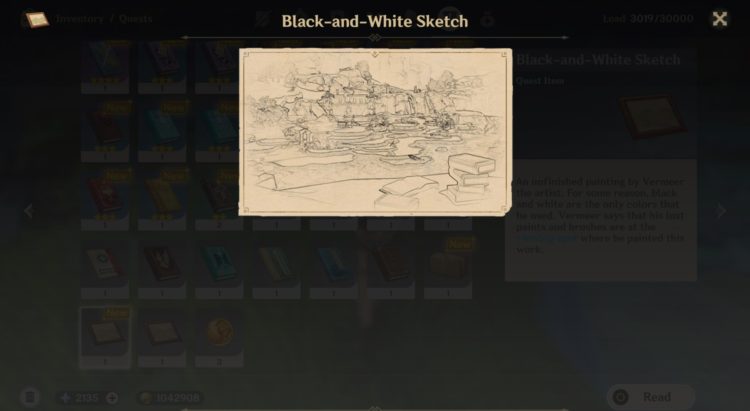 This is what it looks like while you’re viewing the scenery in Genshin Impact. 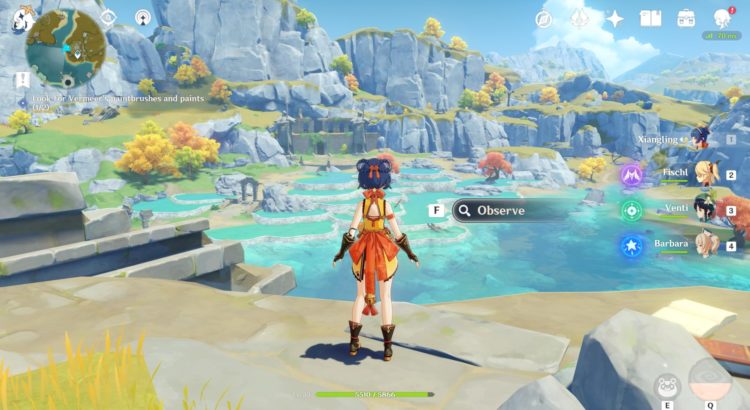 Likewise, here’s what these two locations look like when you’re viewing the world map. 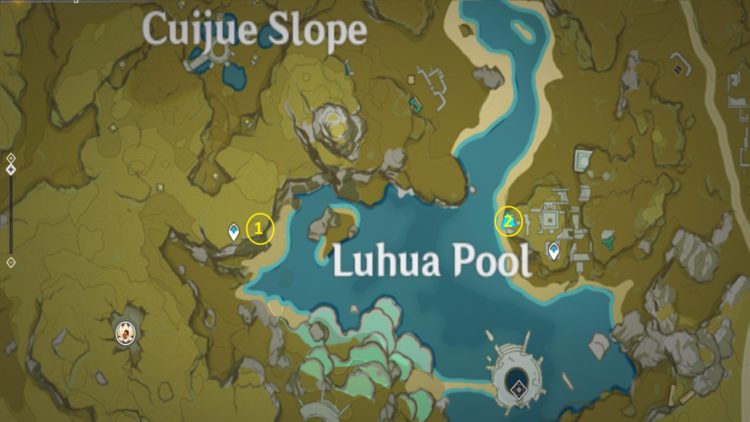 When you’re done, return to Vermeer who’ll give you a Strange Rock. You’re not done with this quest yet. You still need to find another Strange Rock nearby.

Roam around the watery paddies in Luhua Pool to find some glittering markers. Investigate these and you should find the second Strange Rock.

Note: The one I found is in the northeastern section of the area, but things might be different in your case. 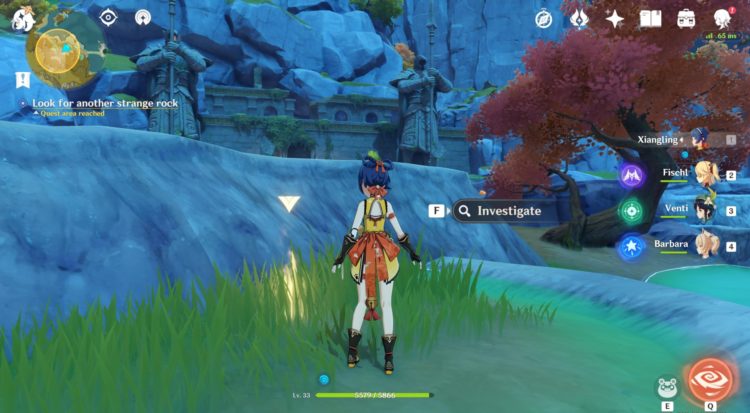 Once you’ve found the two Strange Rocks, climb atop the giant warrior statues themselves. Insert the Strange Rocks inside the helms of the two statues. 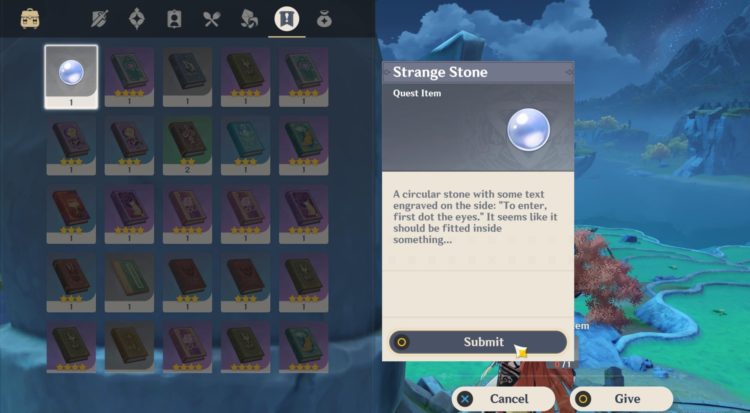 This will allow you to activate the switch near Vermeer. It’s Geo-based so make sure you have a character like Noelle (obtained from a Wish microtransaction). Alternatively, you can have the Traveler swap to Geo-based skills by interacting with a Statue of the Seven in the Liyue region.

This will start a fight with some slimes and you have 90 seconds to take them out. When you’re done, the temple doorway will open. 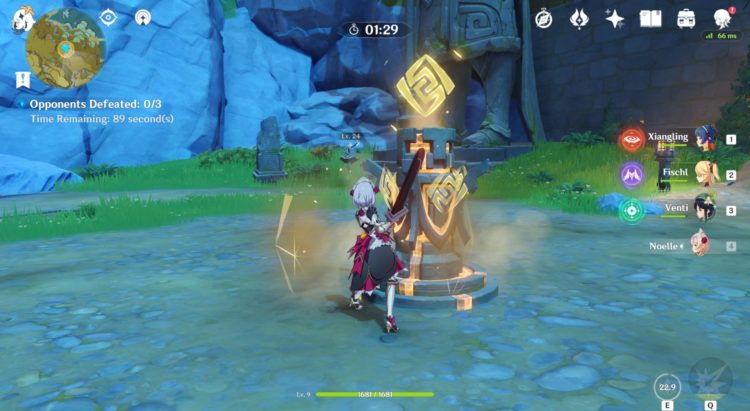 There are three chests here so go ahead and grab your loot. The one in the middle has goodies like a Hero’s Wit and maybe an epic artifact or two. Congratulations, you finished all the objectives.

Note: If you return to the Luhua Pool ruins where you found the second paintbrush, you’ll spot Vermeer there. Speak with him to get an achievement and five Primogems. 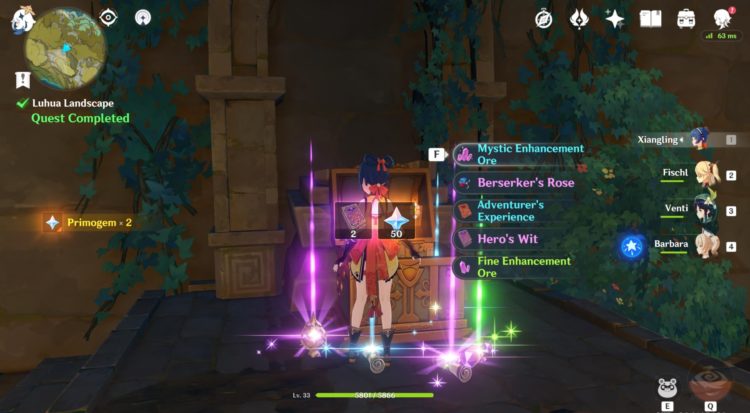 Baldur’s Gate 3: Beginner’s guide and basic tips for your journey