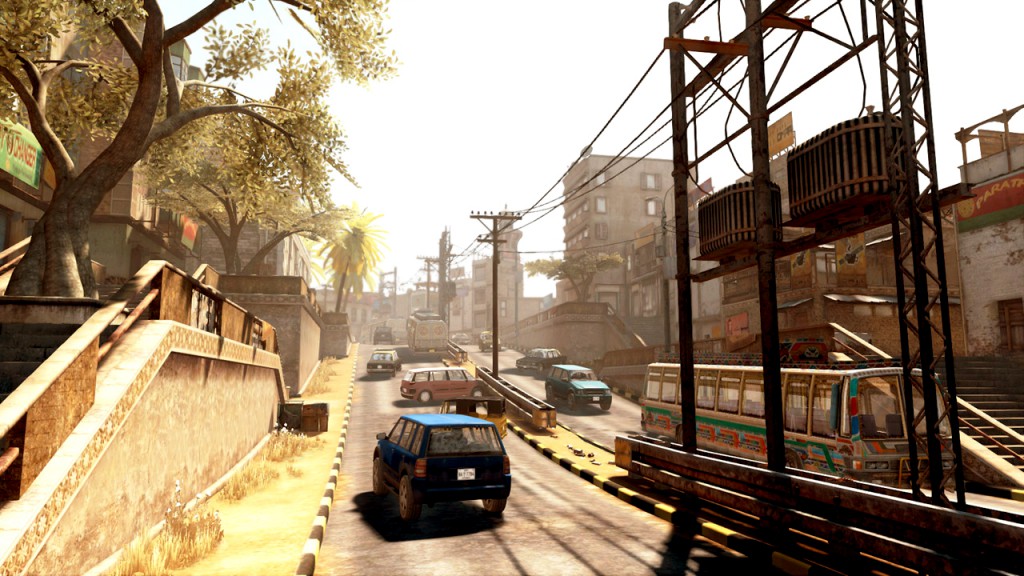 Ghost Recon: Future Soldier is taking its own particular blend of third-person modern warfare to the Khyber Pass between Pakistan and Afghanistan.  There, it will offload three new multiplayer maps, a map for Guerrilla Mode, and “Takeover”, an entirely new multiplayer mode.

Those maps will take you to a Moscow metro station (‘Transit’), which is a bit odd considering Moscow isn’t really anywhere near Khyber, a Palace (‘Palace’) in an undisclosed location, and ‘Switchback’ which is set in the twisty streets of an unidentified city.

Guerrilla Mode’s ‘Village’, meanwhile, features a “peaceful country village” complete with the strategically vital locations of a bus station and gas station to battle over.

New game mode “Takeover” is summarised as follows: “Similar to a classic team deathmatch, score points for your team by eliminating enemies. Tip the scales by taking control of the enemy’s objective and earn a score multiplier to your team.” There’s also a level cap increase of 10 and some new achievements on offer.

Khyber Pass will cost 800 MS Points or £8.00 GBP on Xbox Live and PlayStation Network respectively. There’s no mention or sign of a PC release.