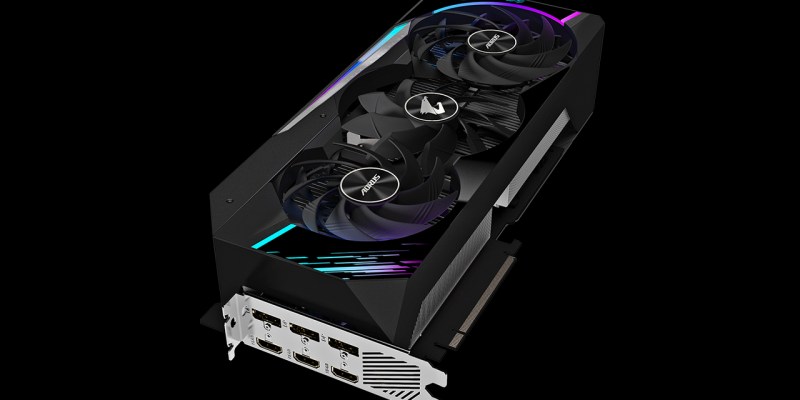 When it comes to video cards, AIB partners aren’t exactly known for creating small form factor (SFF) solutions. The company is quite good at finding ways to cool GPUs in order to produce higher clock speeds and achieve better performance, though. In the case of the Gigabyte RTX 3090 Aorus Master, this is completely true. Gigabyte has created perhaps the largest graphics card we’ve ever heard of. The performance is likely hard to argue against, though.

Let’s not be bashful and get to the main talking point. The graphics card measures in at 319 mm (L) x 140 mm (W) x 70 mm (H), or for Americans, 12.55 in (L) x 5.5 in (W) x 2.75 in (H). Nvidia’s reference design is of course a huge card in itself as well, hence the BFGPU nickname by CEO Jensen Huang, but Gigabyte takes this thing to the next level by making its variant a quad-slot design. That means the Gigabyte RTX 3090 Aorus Master requires careful consideration before buying, because even if you have the cash for one of these monsters, you need to have a setup that can house it.

No compromise in size

This marks the first quad slot GPU I’ve heard of in a while, though Colorful did pull a similar stunt back in the day with the GTX 1080. These designs certainly don’t come around often, but the Ampere-based Nvidia GPUs seem like good candidates considering how much power they use. Take a look at the specs, and you will see that Gigabyte recommends an 850W PSU to power this thing. Part of that extra juice goes towards the factory overclock, as this GPU boosts 90 MHz higher than the Nvidia design and likely exhibits better boosting behaviors. You can see the product page on Gigabyte’s website for the rest of the standard specs. 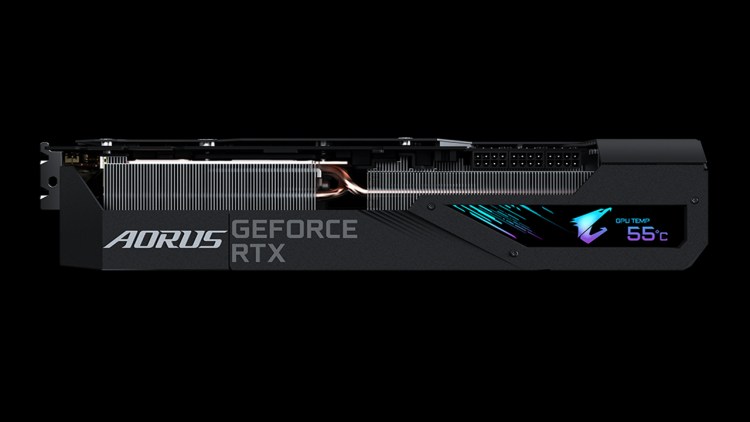 The cooler achieves its performance from a highly-developed heatsink along with Gigabyte’s proprietary fan cooling system. The Gigabyte RTX 3090 Aorus Master features a three-fan configuration with two 115 mm “Wind Claw” fans plus a single 100 mm fan in the center. Gigabyte states that the system minimizes turbulence by spinning the center fan in the opposite direction of the two outer fans, and that a slight overlap among the blades is also beneficial. The base-plate and heat pipes are all copper and attached to a vapor chamber heatsink. It’s nice to see Gigabyte not skimp on materials, as many manufacturers opt for aluminum heat pipes to save a little money. 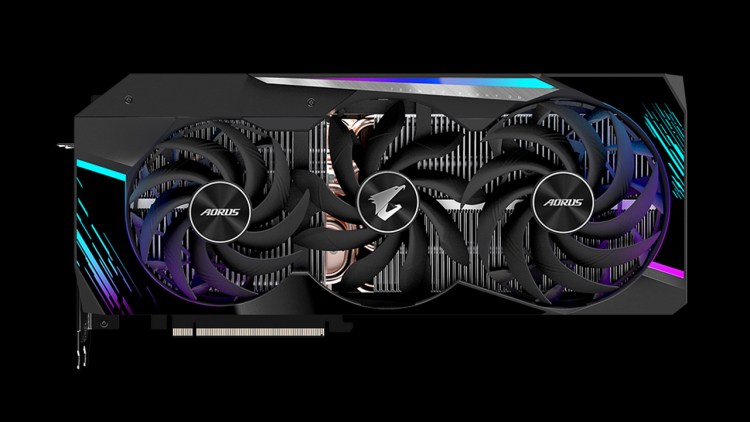 Aside from the massive cooler design for this card, you get a few extra premium features. The card features two HDMI 2.1 ports, plus one HDMI 2.0, and three 1.4a DisplayPort interfaces. You can configure up to three monitors with it at a maximum resolution of 8K. There is also an LCD “Edge View” screen on the side that can provide useful information like temperature readings, but you can also sync it to the RGB effects. Of course.

This product is on its second revision now, so that will likely be what you find in stores from here on out. That’s of course if you see it in stores at all. The MSRP for the Gigabyte RTX 3090 Aorus Master was at $1,800 USD, but expect additional sticker shock as tariffs raise prices even higher.