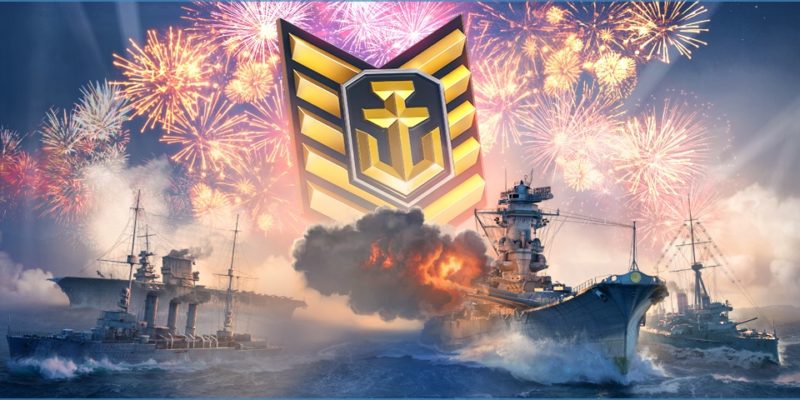 In today's giveaway, you can snag some free content for World of Warships!

In today’s giveaway, you can snag some free content for World of Warships!

While I never delved into it, myself, my old roommate would hop into World of Warships to take battle on the high seas. Despite my extreme fear of the ocean, it was actually kinda fun to sit and watch him play! I guess that’s why it’s been around for five years now, and still going strong.

Celebrate their big milestone by redeeming a key for an in-game content pack featuring approximately $28 USD worth of bonus content. And if you’re new to the game, we’ve got a special redemption offer to allow you up to $50 of in-game content to help get you into the groove!

Five years is a nice run! World of Warships launched half a decade ago on PC and just brought a wave of new content to help usher in a new era. Included in the new update is the Five Epochs of the Navy campaign, guiding players through Naval shipbuilding history in 50 tasks across five missions. They’ve also included a new Asymmetric Mode, a temporary battle mode pitting teams of 5-7 against teams of 9-12 to simulate battle when the odds are against you. Also squeezed into the update is a new Dockyard construction event and bonus rewards to existing players just for logging in and playing.

Still not enough for ya? Well, existing players can use the widget below to claim one of our 50 bonus content drops, including:

PCI Giveaway: World of Warships turns five, so take some free stuff for the PC version

If you want to dip your toes into the water and get started for the first time, use this one-time use code when setting up your account:

We have 50 keys for the bonus content to give away unique to PCI; 50,000 global invite uses of the code for new players are available. Once both are gone, they’re gone!

World of Warships is available now, free to play.