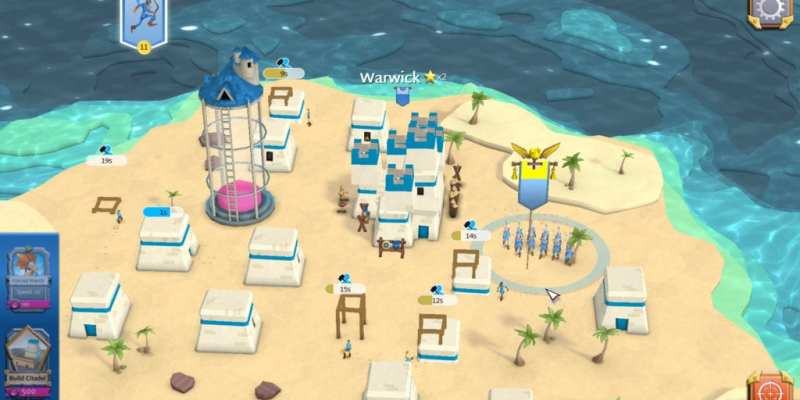 Despite quite a bit of evidence to the contrary, 22cans CEO Simon Phillips insists that Godus (and spin-off Godus Wars) are still “an ongoing project” for the studio. At the same time, he admits there is no time-line for Godus to leave Early Access and finally confirms that lead designer Konrad Naszynski is no longer with the team.

We reported as much just over one week ago, but were never able to get absolute confirmation from anybody at 22cans. At the time it was thought that Naszynski had been made redundant, but Phillips has a slightly different explanation in his chat with Eurogamer.

“Konrad [Naszynski] was actually a contractor and was tasked with building the levels on Godus Wars,” Phillips said. “He completed these for the last update so his contract ran down.”

Non-renewal of contract is, admittedly, semantically different from a redundancy, but leads to the same result: Godus allowed its lead designer to depart months ago. It’s probably no coincidence that Godus Wars hasn’t seen an update since March 2016. The last news update on Godus published on the official 22cans site is from more than one year ago and, funnily enough, featured Naszynski.

When asked whether all resources at 22cans had been moved on to their next project, The Trial (as, again, was the suggestion we reported a week ago), Phillips says “We shift our resources around depending on what we want to achieve, be that design, PC or mobile code, art resources and so on.” Which is rather a non-answer, really.

As for whether Godus is ever likely to leave Early Access or receive another update, Phillips admits there is “Not a fixed time frame right now.” In what sense 22cans consider Godus/Godus Wars to be an ongoing project when it has no lead designer, no updates for several months, and no release date, is unclear.