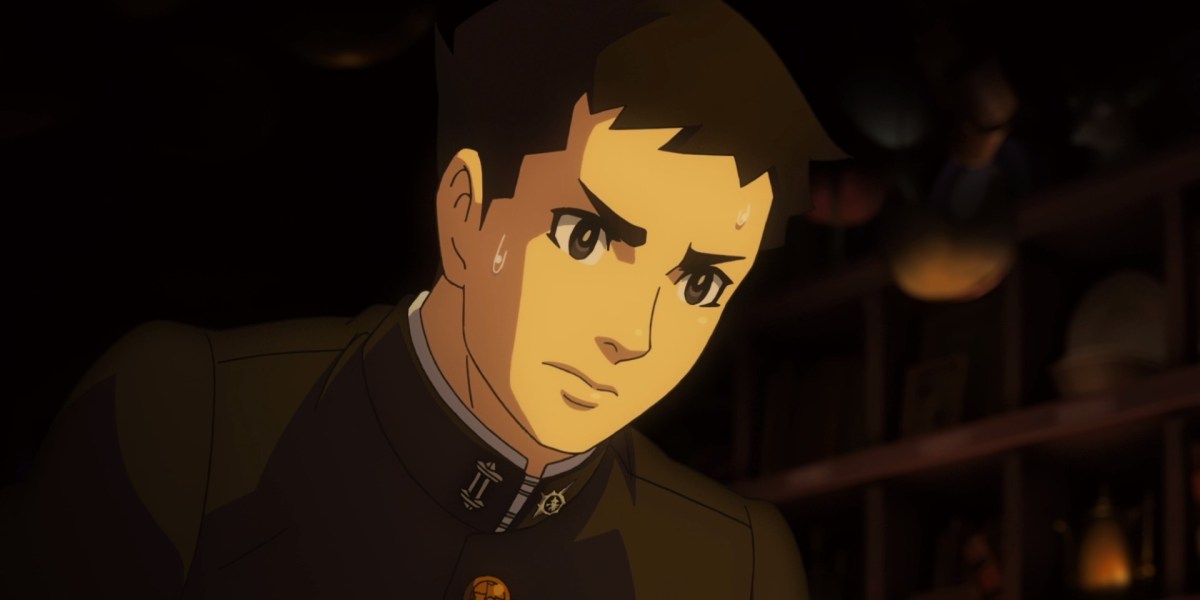 Writing this The Great Ace Attorney Chronicles review has been a more challenging case than I first expected. On the one hand, it’s a pair of Ace Attorney games that have yet to be released in the West, and how different can they really be from the six games in the main series?

On the other hand, there’s actually quite a lot going on here, and — fittingly, for a series built on hypercomplex schemes and surprising turnabouts — my thoughts really did not go the way I expected. Hell, the games subverted my expectations numerous times, in both good and bad ways. So, both prosecution and defense are ready, and court is now in session. Let the trial of The Great Ace Attorney Chronicles begin.

As with all court cases (fictional ones, anyway), let’s start with a summary. The Great Ace Attorney Chronicles contains two games never before released in the West: The Great Ace Attorney: Adventures, and its sequel, Resolve. Both of them are slightly different to the rest of the series in a number of ways, but most notably the time period of late 19th/early 20th century time period and the very definite settings of London and Japan. This means there are no returning characters, but plenty of nods, references, and callbacks (or call-forwards, I suppose).

Nonetheless, they play in much the same way as every other mainline Ace Attorney game. Our protagonist, Ryunosuke Naruhodo, takes on a courtroom defense that he’s barely prepared for. After some preliminary investigation to establish the basics, you’re thrust into a highly charged courtroom battle in which you need to defend your client to the death. And considering the glares and wild animations that wouldn’t be out of place in either an anime or a fighting game, “to the death” doesn’t feel like much of an exaggeration. As ever, the backgrounds and characters are a feast for the eyes, and full of things to investigate for amusing dialogue.

The basics haven’t changed much at all, and honestly, that’s fine. Part of the genius of the Ace Attorney series is how simple but satisfying the core gameplay loop is. People testify, you press them on their testimony to get more information, and then you present evidence to contradict their statements. Rinse and repeat, which a few extra mechanics thrown in per game. If that sounds dull, it’s not: the larger-than-life characters, unstoppable barrage of puns and jokes, and incredibly convoluted cases tend to lead things in unexpected directions. And you’re constantly teetering on the edge of defeat, with the judge and jury all but ready to declare your client guilty if you can’t find just one more contradiction. Figuring out just what happened and finding a way to prove it remains a joy.

A summary of the charges

But that’s the series as a whole: a visual novel/adventure game hybrid. The Great Ace Attorney Chronicles distinguishes itself from its peers in a few ways. For one, the setting makes a great difference, with characters written in dialect that invites comparisons to the Layton series. There are historical figures (both real and fictional), like Herlock Sholmes and Soseki Natsume, pushed into larger-than-life status. And there are a few new mechanics, like the jury system in the courtrooms or cross-examining multiple witnesses at once. 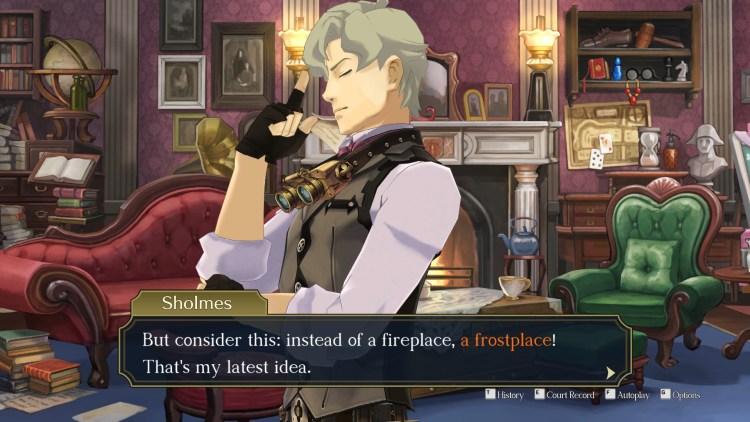 I do want to talk a bit about Sholmes in particular, because I love this interpretation. He’s halfway between a mad scientist and an overconfident buffoon who needs your assistance in his deductions, but he’s also unerringly right about some things and prescient about the direction some cases are going to go. It’s a fine line to walk without making the character seem too ridiculous, but the compilation walks it very, very well.

Annoyingly, though, it’s impossible to talk about this compilation without talking about the games both individually and as a duology. So let’s start with the first game, The Great Ace Attorney: Adventures.

The case for the prosecution

“A little bit rubbish” doesn’t quite sum it up, really. It’s probably one of the weakest games in the entire series — although to be fair, that’s still a fairly high bar. Initially, I was absolutely charmed by the setting, and the first case (a visiting British professor being murdered in Japan) was a nice refresher of the basics while playing into the fresh backdrop. But the more of it I played, the more it felt like a slog.

I can’t go into some reasons because of spoilers, but I can pretty safely say that the case resolutions were unsatisfying, and there wasn’t really any challenge. It felt more like… well, like playing a visual novel. Which is fine! But I expect this series to stump me occasionally, and Adventures didn’t manage that even once. 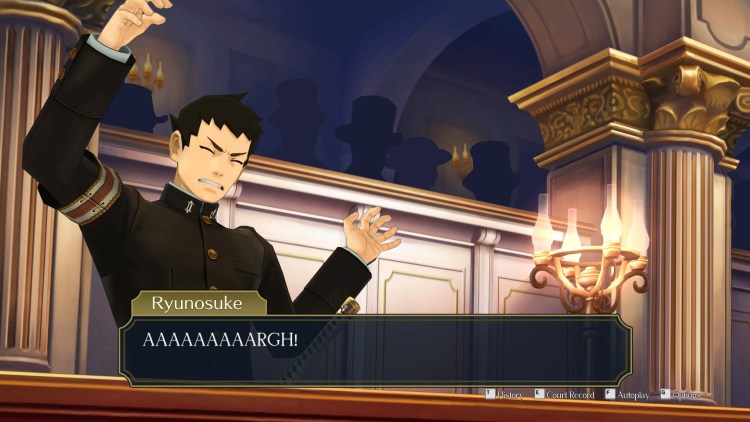 Having your arguments defeated results in Ryunosuke flying backwards as if physically punched, rebounding off the back wall, and slamming into the desk. It’s gloriously over-the-top.

It doesn’t help that the cases themselves were largely uninteresting. Unless I’ve forgotten something, not a single one lasted more than a single in-game day, just going from investigation to trial without some major revelation then leading to further investigation. And even more annoyingly, it set up a lot of things that it never resolved. The prosecutor is introduced but gets no character development or explanation. That aside, it introduces and sets up about five grand mysteries, and only actually resolves one of them. It constantly teases, but never provides payoff. If I was a newcomer to the series I might’ve found this more acceptable as I simply enjoyed the mechanics, but as a veteran, if I’d bought this is a stand-alone game, I’d have been pissed.

Which is why it’s so annoying that the second part of this duology, The Great Ace Attorney: Resolve, is probably one of the best games in the entire series.

The case for the defense

Resolve has none of these problems. Its initial tutorial case actually gave me more trouble than any of the cases in Adventures, and it masterfully handles and explores every single mystery that the first game set up. The cases are longer and far more elaborate and intricate, and one in particular ranks up there as one of the darkest and most convoluted in the series’ history. Revelations come at a breakneck pace, and it made the hours of vaguely interesting monotony from Adventures seem more than worthwhile. 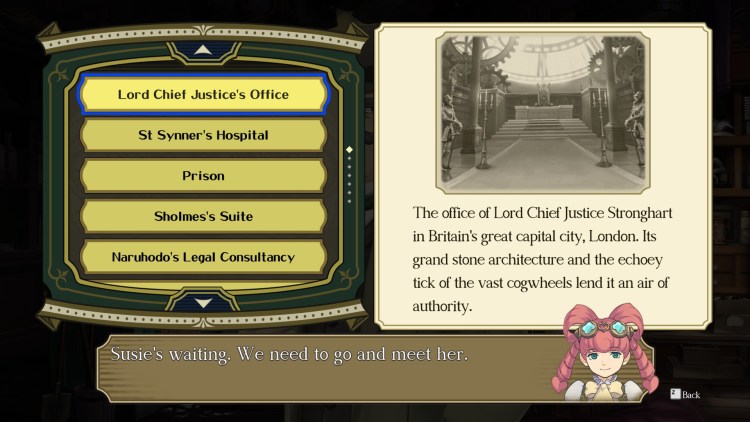 There are some lovely quality-of-life things, like characters telling you if there’s something to be done in any given investigation location.

Basically, if Adventures is the somewhat lackluster setup, then Resolve is the payoff that is far, far better than it should be. There’s nothing strictly “new” in there, but it’s practically impossible to play and understand without going through Adventures first. Considering how interlinked the games are, I’m extremely glad they’ve been released in one package. They’re practically two parts of the same game, and I would not be surprised in the least if both were planned and conceived at the same time, or if the overarching mysteries were designed to be part of a single game.

Again, I can’t go into heavy detail because of the risk of spoilers, especially when it comes to Resolve. But most of the cases are fantastic and one or two are works of outright genius, even though they run the usual gamut of impossible crimes that you need to unravel. I can probably say with some safety that some of the best moments are reminiscent of the best cases of other games: you’ll spot threads from (and similarities to) cases from Ace Attorney, Trials and Tribulations, Apollo Justice… I just won’t tell you which ones.

The court finds the defendant…

So, we come to the conclusion. As individual games, Adventures is honestly a very mediocre Ace Attorney adventure, while Resolve is up there with Trials and Tribulations in terms of cases, character development, overarching mysteries from both previous cases and the past, and just plain applause-worthy cleverness. 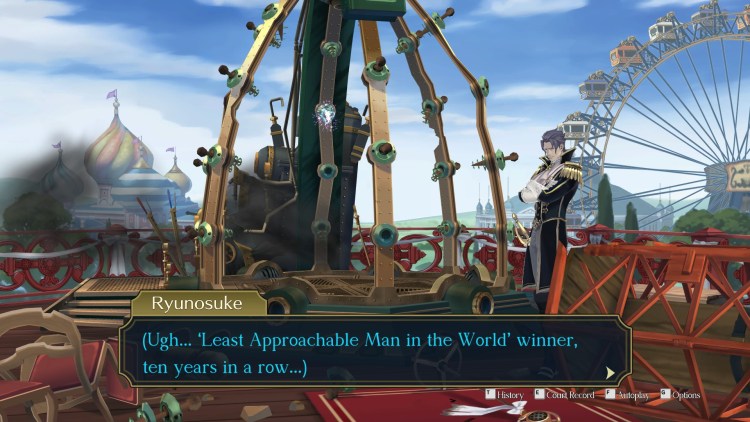 Lord van Zieks is a fun prosecutor, but you’ll be partway through the second game before you really start to learn anything much about him.

As a package, it’s very, very good, simply because of how Resolve successfully builds off of Adventures without making any of its mistakes. Adventures isn’t bad, per se; it’s just worse than most of the other games in the series. But Resolve resolves its loose ends so beautifully that it makes the whole thing worthwhile. And that, I think, is how this judge has to find the defendant. I feel like I should give The Great Ace Attorney Chronicles a judicial penalty for the first game, but the package on the whole is good enough that I can’t bring myself to do it. It’s also exceptionally good value for money in terms of length — 10 cases, most of which can easily last for eight or more hours depending on your reading speed.

If you have any love for this franchise, buy it, and stick with it through Adventures. Maybe treat it as an exceptionally long setup for the rest, because the breathtaking payoff is worth it. On the other hand, if you’re a newcomer, this is a pretty decent place to start as long as you don’t judge the franchise on Adventures alone. Or, to play into the franchise… 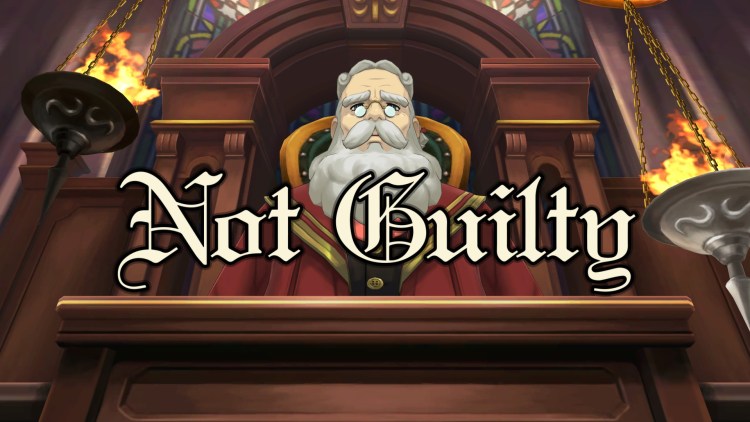 In determining whether or not The Great Ace Attorney Chronicles is a waste of time and money, this court finds the defendant very much Not Guilty. Cue the confetti.

This court finds The Great Ace Attorney Chronicles guilty of being a bit uneven, but it more than makes up for it through the quality of the second game in this two-game package.

By Daniel Pinheiro17 hours ago
Reviews