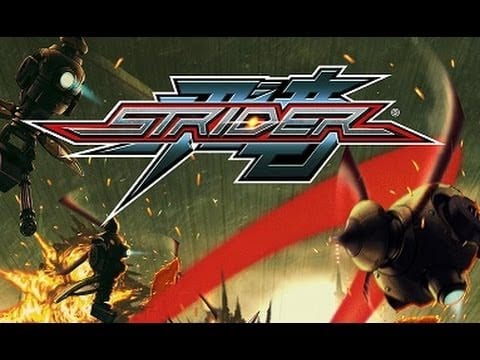 I loved Strider. It was balls hard, yes, and I willingly admit that US Gold’s PC version was shit, but flipping round the levels as the ninjalike Strider Hiryu and bloodlessly dismembering enemies with an energy sword was fantastic. Particularly when you’re about seven years old. It was the stuff pre-teen dreams were made of.

As such, imagine my pleasure when Capcom not only reveals the existence of a Strider reboot, but manages to not make it a third-person shooter or Devil May Cry-style 3D hack-and-slasher: instead, it’s a very fast-paced 2.5D side-scrolling platform/action/Metroidvania thingy, with free-roaming levels and all sorts of upgrades to find. You can still climb along walls and the ceiling. You can still…

… no. For once, I’m not going to waffle on too much, if only because there are about seven billion trailers and screenshots so it’s easy enough for you to look at it and go “Well, that looks like a rather jolly way to spend an evening” all for yourself. (It looks pretty good, though, so you should definitely take a peek for yourselves, and have a look at what Peter wrote yesterday for a few more details.)

I’m excited, though. Are you excited? I’m excited. Strider Hiryu’s back.

Strider is due out in early 2014. An announcement trailer, seven minutes of gameplay footage, and 10 screenshots follow.

The Raven: Legacy of a Master Thief – Chapter 1: The Eye of the Sphinx Review