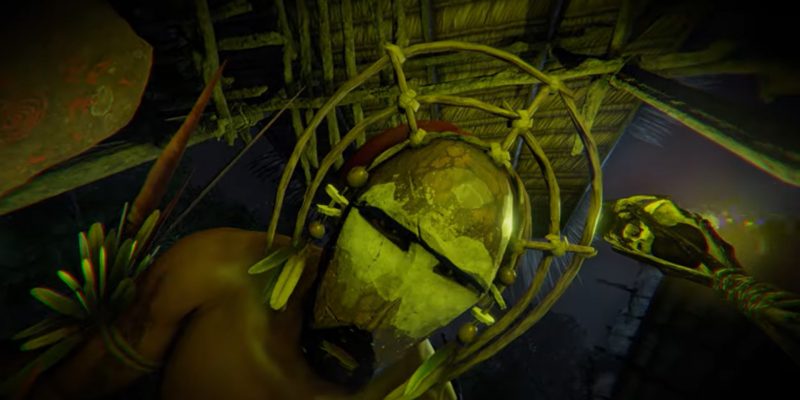 Green Hell has been available, but still in development since 2018 now, and it has come a long way. Developer Creepy Jar made a lot of initial promises about the game, and has slowly but surely fulfilled them. Despite the ongoing universal development complications, Green Hell actually managed to deliver a few important  features last year, like co-op, additional crafting, and Steam achievements. There’s still more to come, too. Today, Creepy Jar announced its latest plans for the Amazon survival game. Green Hell will gain a new story mode called Spirits of Amazonia that serves as a prequel to the main game story.

In Spirits of Amazonia, players can look forward to learning more about how Jake got into his predicament in the first place. As we can see in the new trailer, he assumes he’s going to have a jolly good time with the locals, despite the fact that they’ve likely never met anyone from the developed world before, nor care to. It doesn’t take long for him to find an arrow in his gut, but everything’s clearly under control. He wakes up to find himself before the tribe’s mysterious Shaman. In little to no time, he’s tasked with exploring new areas and solving riddles. Jake may pop some magic mushrooms along the way too, but it’s all about cultural discovery and science.

Take a trip in the jungle

Creepy Jar mentions the Spirits of Amazonia mode, a new area to explore, four Legendary Quests, mushrooms, new custom building, and a spikey tree to deal with in the coming update. If you already own the game, you don’t have to pay a thing. Just kick back, relax, and try not to get eaten by a jaguar in the meantime. Spirits of Amazonia arrives to Green Hell on January 28.

You can pick up the game now for $24.99 USD or wait for the release of the new update to score a 30% discount on Steam.