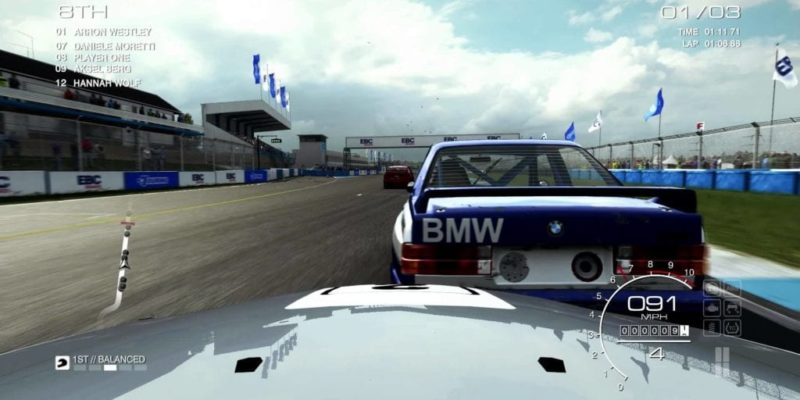 This is not from the DLC. This is Peter beating me in a Drift event in vanilla GRID Autosport.

Buying the GRID Autosport DLC pack – which’ll cost you £9.99 – will give you access to six race configurations at Silverstone, and four configurations at Donington Park. You’ll be able to travel the tarmac in a 1994 Volvo 850 Estate, a 1994 Alfa Romeo 155, a 1996 Audi A4 Quattro, a 1991 BMW E30, or a 1989 Ford Sierra RS500, all of which are apparently touring cars. You can play with these tracks and vehicles online or offline, and you’ll also be able to take part in three new single-player championships: the British Championship, the Euro Championship, and the International Championship, and you’ll apparently be able to race cars from other disciplines too.

You can have a look at a video detailing the new bits and bobs below. If you fancy picking up this particular piece of GRID Autosport DLC, it should be out later today for £9.99.

By Michael Kloos59 mins ago
News