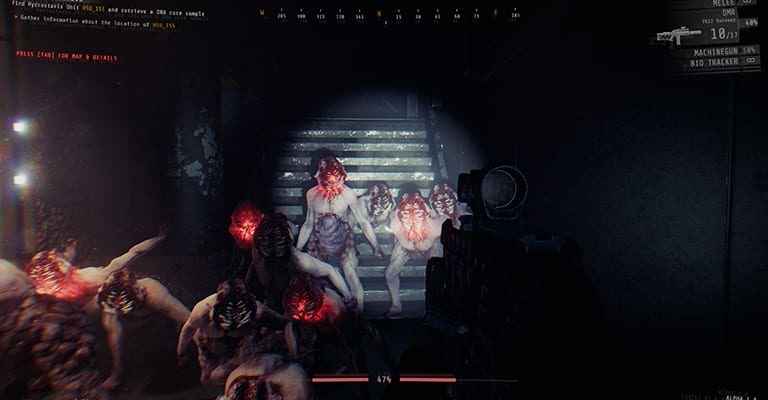 GTFO, the four-player cooperative shooter from 10 Chambers Collective, is getting a 24-hour beta on December 3. If you are interested in the sci-fi horror game, this is your opportunity to try it out. If you didn’t know, it’s a pretty hardcore game. Some of the developers worked on Payday 2, so if you played that title, it might give you an idea of the tactics you and your team will need to employ in order to succeed. If that is your cup of tea, definitely take a look at it. After all, it’s free.

GTFO is a cooperative game designed for four players, and you’ll need to communicate and play carefully. Running and gunning will just get you killed. Not only is ammo scarce, but the mutated enemies you’ll encounter are attracted by light, sound, and movement. GTFO doesn’t hold your hand, either. Waypoints won’t pop up on your HUD to tell you where to go. Players will instead have to hack computers and use the map themselves. The game also has a unique system called The Rundown, which randomizes missions and levels.

GTFO allows players to choose a loadout before each mission. You can select a primary weapon – such as a pistol, rifle, or SMG – and a special weapon – such as a shotgun, revolver, or a machinegun. Each player also gets special tools. One is a foam gun that can seal doors to prevent enemies from breaking through. Two others include a sentry turret and a motion sensor that are both straight out of Aliens. Make sure to plan with your friends before you head out for each mission. You’ll need a variety of weapons and tools if you plan on surviving. 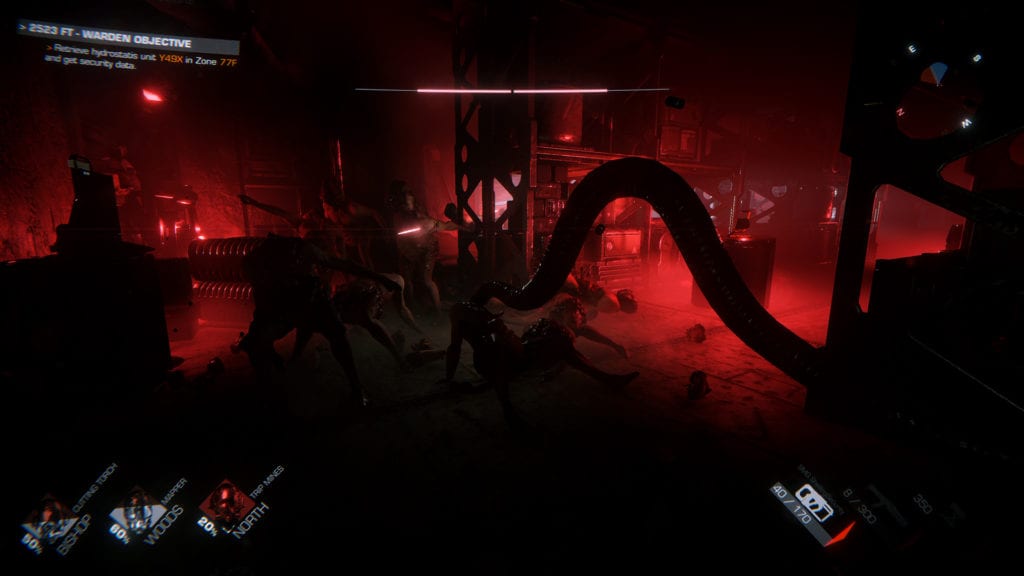 How to play the GTFO beta

If you want to play, you need to sign up to be a GTFO ambassador. The process is simple. Just head over to the GTFO Discord server and follow the instructions to sign up:

You can wishlist GTFO on Steam.

Starship Troopers – Terran Command instructs you to kill all the bugs