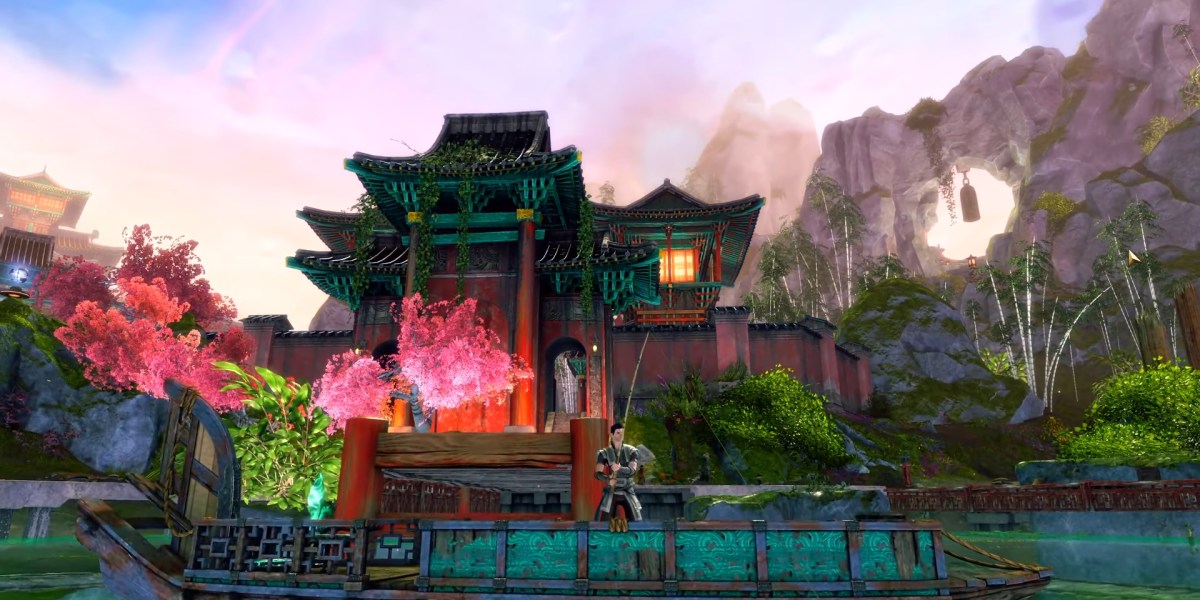 As Guild Wars 2 continues its leisurely journey to the release of its next expansion, End of Dragons, ArenaNet is revealing more of the new content in store for players. Today, the developer has revealed a new home that will become available to guilds. Once Guild Wars 2: End of Dragons releases, players will be able to unlock the Isle of Reflection Guild Hall.

As with Shing Jea Island, which was revealed a couple of months ago, the Isle of Reflection has a distinctly Asian aesthetic. The structures, terrain, and vegetation all have a tranquil feel that will be highly desirable for guilds. You can preview the new Guild Hall in the video below.

How to claim the Isle of Reflection Guild Hall

Once you track down the Explorer, you need to spend 100 gold and 150 Favor to begin the quest or expedition to claim the Isle of Reflection Hall. If you fail to claim the hall for whatever reason, you won’t need to pay again. You can just keep trying until you successfully claim it.

If you change Guild Halls, all your upgrades and improvements will be moved over to the new Hall. Just remember, all objects will be moved to the same location. Since the Guild Halls are all laid out differently, it is highly recommended that you remove all decorations before making the switch.

Don’t forget, Guild Wars 2: End of Dragons is currently running its final beta. This is your last chance to check out the new Elite Specializations before the expansion’s release in February 2022. It’s also your first chance to try the new Siege Turtle mount.