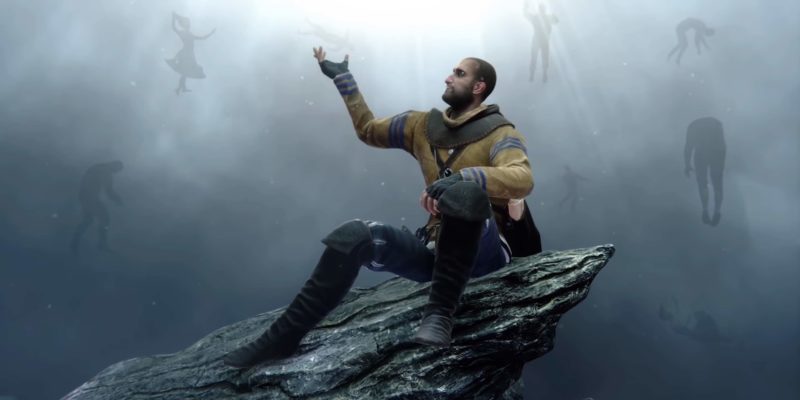 CD Projekt RED has revealed Master Mirror, the fifth expansion for Gwent: The Witcher Card Game. The popular free-to-play game is expanding its card pool with 70 new additions themed after the notorious entity known as Gaunter O’Dimm, or Master Mirror. Get ready for more Gwent action when Master Mirror releases on June 30.

O’Dimm was introduced at the beginning of the The Witcher 3: Wild Hunt, but his role in the expansion made him famous. He served as an antagonist in the Hearts of Stone storyline, and was known for bending the rules of reality. Little is known about the exact origins of this character, but it’s believed that O’Dimm arrived from another dimension.

His exact purpose has remained unclear, but he is seemingly immortal and loves to meddle in the affairs of mortals. In fact, O’Dimm is credited for thousands of years of strange occurrences and cursed pacts in The Witcher universe’s history. Geralt managed to banish Master Mirror at the conclusion of Hearts of Stone, but it seems he’s back again. At least in Gwent.

The man in the mirror

Expect to see many new supernatural abilities in Gwent, especially from Master Mirror himself. O’Dimm will serve as a new faction leader, and will likely bring an array of subservient souls to battle.

It will also bring a lot of new content. The faction is set to include a legendary card type that can evolve, standard units to populate the battlefield, and 11 neutral faction cards. New status and abilities will also be introduced to keep the game fresh and allow for additional strategies.

The official release date for the Master Mirror expansion has been announced for June 30 — available on Steam and GOG. In addition to the official release, limited pre-order packs have been made available in the Gwent in-game store for $14.99 USD. Gwent as a base game is still free.

The packs will grant players access to new cards from the expansion. As an added bonus, the packs will include an exclusive Gaunter O’Dimm leader skin, plus additional cosmetic goodies.