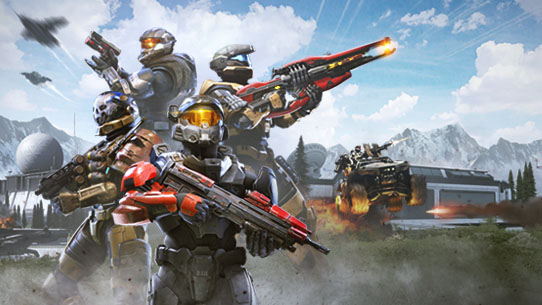 [Update – September 10 @ 2:00 PM ET]: Community Director of 343 Industries Brian Jarrard provided more information about what the next Halo Infinite multiplayer beta will contain. Players can look forward to a focus on Arena PvP, enhancements to the bot AI, and a chance at trying the 12v12 Big Team Battle playlist.

The release of Halo Infinite couldn’t come sooner for fans, but content-starved Spartans don’t need to wait until December to play the big new sequel for the Halo franchise. On September 24, the next Halo Infinite multiplayer beta will begin, allowing players to presumably engage in some PvP action for the entire test. The announcement tweet from Halo Twitter account didn’t mention details about what to expect in the beta, but those are sure to be revealed in good time.

As always, developer 343 Industries emphasized the importance of signing up and verifying proper registration ahead of time. Anyone interested in participating in the test can head over to the Halo Insider website to sign up. 343 also mentioned that willing participants will need to be signed up before September 13 to be eligible for this test.

If the previous beta test is anything to go by, we’ll be able to try out several maps and game modes as well as utilize the Firing Range for target practice and to sample weapon mechanics. The previous test was generally restricted to Bot Slayer, but did feature a limited surprise PvP session for those who were around to notice the short-lived playlist.

In addition to testing matchmaking and gameplay, players will be able to see how the game runs on their rigs and play with the countless settings. We previewed the game from a technical standpoint and are eager to see how the state of the game evolves as it gets nearer to launch. Then there is the battle pass system and customization settings. Halo Infinite will feature more Spartan customization than ever before in a Halo game, so you can get familiar with those systems as well if you make it into the flight.

The next #HaloInfinite multiplayer preview is targeted to arrive on Sept. 24! All fully registered Halo Insider profiles as of Sept. 13 are eligible to participate.

Don’t miss out! Head to https://t.co/3a5Xr1hUIc, get your profile fully filled out, then prepare for takeoff. pic.twitter.com/9GgAQP4f6p

Most importantly, there’s the matter of whether Halo Infinite will live up to become the spiritual successor for the franchise that it’s touted to be. Our Editor-in-Chief Cameron Woolsey is a longtime Halo fan, and he previewed the gameplay during the first test if you’re curious what an old, er, veteran thinks of the experience.

Check back for more details on next multiplayer beta for Halo Infinite. We’ll break down what to expect when the info becomes available.

And ICYMI: Bots will be back (with some improvements), Academy will return some updates and the addition of "training mode", and there will be a much bigger focus on Arena PVP this time including a new map and some objective modes. BTB is also on the menu! (2/3)