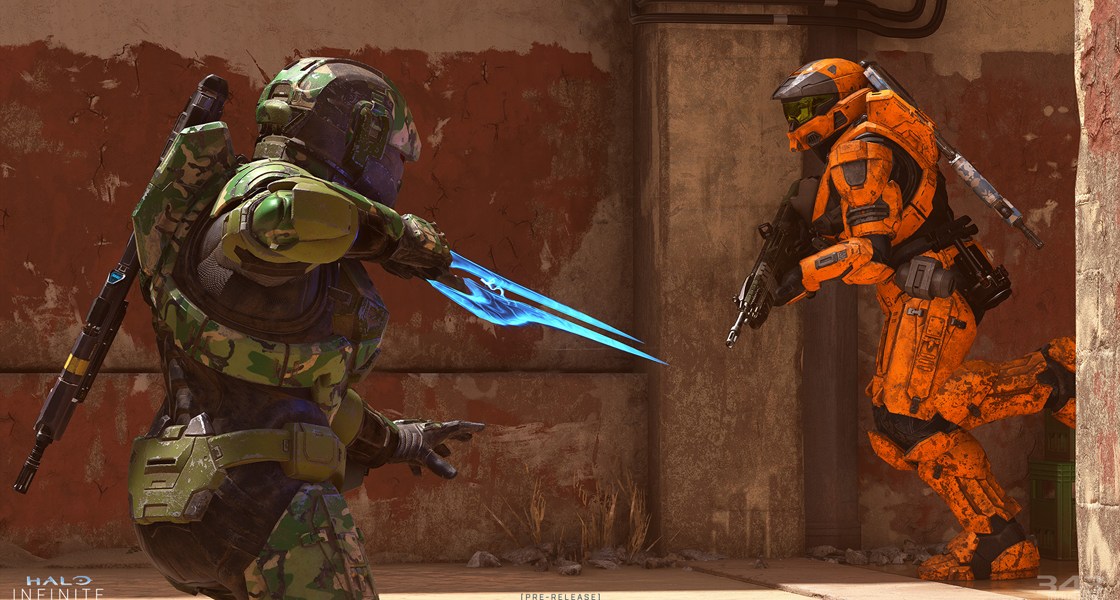 Earlier today, developer 343 Industries introduced players to the Halo Infinite technical preview in a livestream. The preview is scheduled to run from July 29 to August 1, allowing chosen Halo Insiders to go mano a roboto against a group of four bots. In the livestream, 343 gave us our first look at not only of the Halo Infinite preview, but gameplay, customization, and how the friend or foe tags work.

I’ve been curious on the friend or foe tag feature since I heard about it. Naturally, my mind drifted to Overwatch, which gives players on opposing teams colored outlines to differentiate, well, friend or foe. In that game, the colors are blue for allies and red for enemies. For years, multiplayer games have leaned on red and blue as colors for teams in versus modes. Hell, Halo was never different on this, and the red and blue Spartans even became the catalyst of a popular machinima series and the birth of a company.

I was right about the Overwatch comparison. Halo Infinite‘s multiplayer gameplay preview shows players with red and blue outlines. Friendly players can be seen through the map as blue silhouettes. Enemy players are highlighted in red, and the color shimmers as their shields take damage. 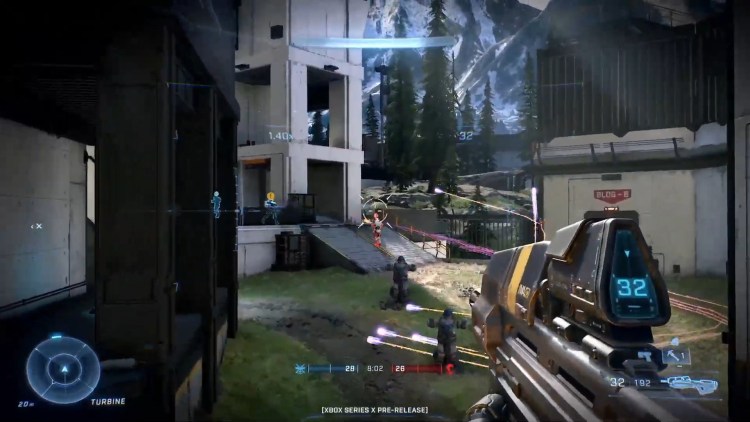 It doesn’t have to be just red and blue, however. Halo Infinite has deep customization options, ranging from graphics, to keybinds (with up to three binds on one key), and accessibility. On the latter, the 343 team showed that you could change team colors of red and blue to varying shades. It all goes into offer options for those who may be color blind. Or, maybe, for those who want their enemies to look cotton candy pink.

The Halo Infinite preview livestream also dipped into character customization. Remember that sick-looking samurai armor from the multiplayer trailer? The developer explained its desire to allow people to customize their Spartan however they see fit. Using the samurai as an example, 343 showed all the possible armor pieces that can go with the set. Note that the below image appears to be concept art, so you may not get all these options. Still, it looks fantastic. 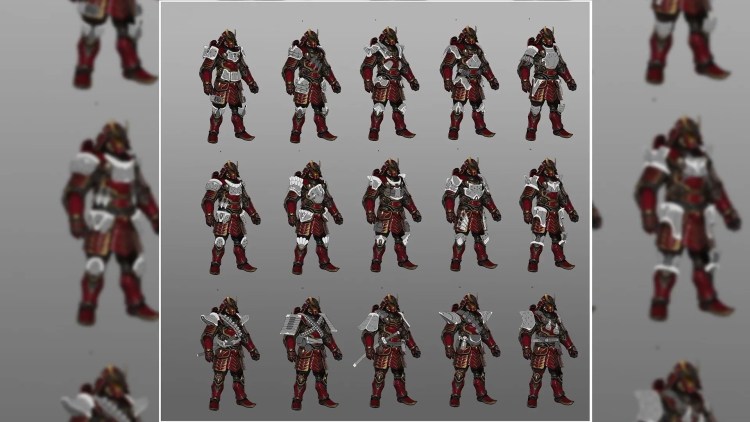 There are also going to be plenty of graphical options in the game. We dove into some of them, but it’s worth noting that there is now a key or button press to drop weapons. This is a first for the series, as beforehand you needed to swap out for a different weapon to get rid of the one you no longer wanted to carry. The game will also have an FOV slider, and an option to turn off the “speed lines” that show up when your Spartan is sprinting.

The Halo Infinite technical preview livestream went on for over an hour, so there’s plenty more to see. Check it out in its entirety below. It also includes gameplay of an entire match of Arena Slayer, so skip to 1:19:23 if you want to check it out.

By Jack Salter31 mins ago
News

By Matt Henzel24 hours ago
News