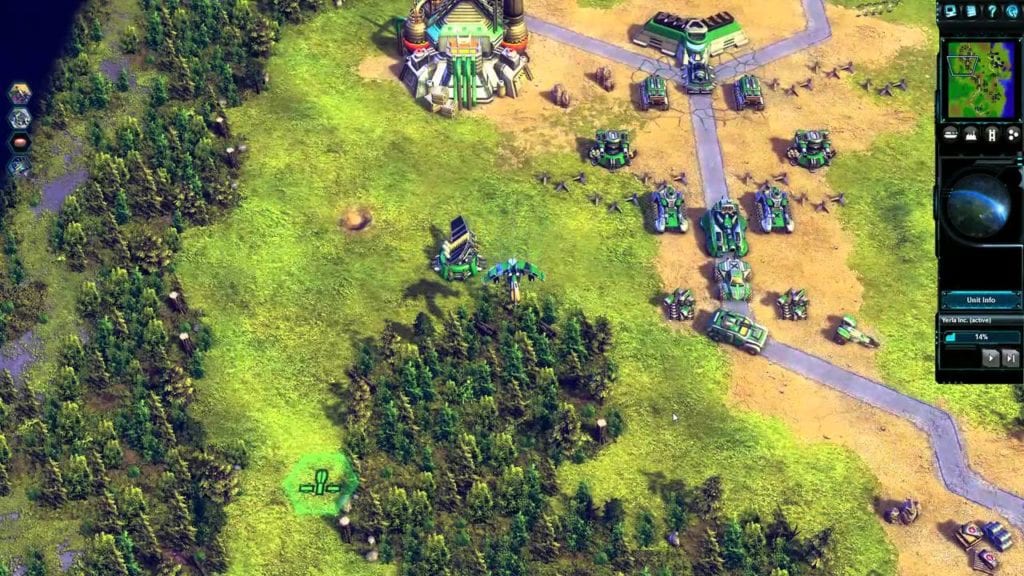 Has anybody ever told you how hexy you look?

Funded on Kickstarter by the end of April, and released to the general public seven months later. That’s pretty good going for King Art’s Battle Worlds: Kronos, which has been digitally released on Steam and GOG today. Anybody who backed the game should already have received their game keys via the email they used to fund the project.

Battle Worlds aims to reignite the tradition of wide-ranging, turn based strategy titles like Battle Isle with a 30-some hour single player campaign and cross-platform (it’ll come to iOS and Android in early 2014) multiplayer. Upcoming DLC ‘Trains’ will be provided to all buyers of the game.

“We have done our best to help the once-great genre of turn-based strategy make a comeback. We publish Battle Worlds as a modern take on a classic genre and a bow to our great forerunners like Battle Isle or Advance Wars,” says King Art head honcho Jan Theysen. To view the launch trailer for the game (actually released on launch day, so bonus points for that,) cast your eyes downward.