After nearly two decades of inactivity, Microsoft is now just a month away from releasing the latest entry in the incredibly long-running Flight Simulator series. Having been MIA for so long, Flight Simulator is set to take to the skies once again in a vastly improved way thanks to the advancements of modern technology. It’s prettier, more complex, more dynamic, and more feature-rich than any of its predecessors. It’ll certainly gives existing competing simulators a run for their money. However, while the new MSFS seems to shake the scene up in quite a lot of ways, one (arguably unfortunate) trend in just about every flight sim is now very clearly making a return: paying for extra content.

“Well, duh,” some of you might exclaim. At this point, paying for additional content for any game is now the way of the gaming world; this isn’t some novel idea that’s regulated to only sims. However, simulation titles, particularly flight sims, are notorious for nickel-and-diming their customers. On day one, the new Microsoft Flight Simulator will continue this trend that it birthed right out of the box.

All prices are listed in USD.

The new Microsoft Flight Simulator will come in three editions: Standard, Premium, and Deluxe Premium. While Microsoft has done something similar in the past (think FSX Gold, MSFS Acceleration), it’s really the price difference of this new release that has some folks reeling. The Standard edition will start at $60, but the Premium Deluxe is double trouble with a gut-churning $120 asking price.

So, what do you get for double the price of the Standard version? You get 10 additional planes and also 10 additional airports — so, 20 pieces of extra content. This is quite notable when you go ahead and run a quick calculation. Dividing $120 by 20 comes to six. So, for all intents and purposes, Microsoft is essentially charging $6 per extra aircraft and airport. Now, if you’re at all familiar with add-ons for flight sims, this is an astronomically tiny price. Breaking down the cost of MSFS reveals an interesting detail

Looking up high-quality “payware” add-ons is a nice treat for any AvGeek. But, if you’re a simulator buff with not-so-deep pockets, then really most of your time will just be window shopping; admiring the beauty of these virtual creations without ever actually going ahead and experiencing them for yourself. That’s because the majority of add-ons tend to go for prices like $20, $40, $60 and sometimes even close to $100. And this is just for single add-ons, oftentimes.

For example, PMDG, a notable add-on company, is currently selling its 777-200 Base Package for a staggering $134.99. That’s more than an entire new next-gen simulator, yet this is merely a single plane for Prepar3D — LockHeed Martin’s heavily modified offshoot of the FSX code that’s now almost 20 years old. That’s why the value that Microsoft is offering for its new Flight Simulator is, to an extent, kind of a relief.

Not only is Microsoft providing high-quality payware content at an oddly cheap price, but even the simulator itself will be available for a low amount. While those who want to own MSFS outright will have to pay at least $60, keep in mind that it’s also coming out on Xbox Game Pass. The PC edition of the service is still going for just $5 monthly at this time, and for new signups the price could be as little as $1. Of course, Game Pass includes access to over 100 other games, but the fact that such a notoriously expensive product is essentially being given away at $1 in some cases is almost laughable when you consider how there are add-ons which are more expensive than the simulator itself. 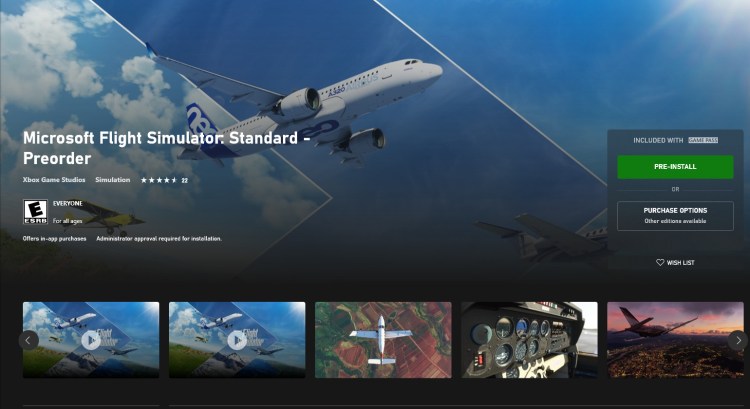 It’s not all sunshine and roses, though. Shelling out some dollars for new content is not going to be limited to just the multiple editions. For the first time ever in the series’ history, there will be an in-game marketplace. Microsoft is essentially allowing anyone to sell in the marketplace, as long as the seller is approved. This opens up a whole new tier of add-on content that is likely going to grow exponentially now that Microsoft Flight Simulator is going to have its own storefront. I’m going to come back to this in just a second.

A new way to pay in Flight Simulator

Sim add-ons are typically one of two types: premium or freeware. Premium add-ons tend to cost so much because they’re created by companies who are completely dedicated to designing such complex virtual creations. Hundreds, if not thousands of hours of R&D are poured into these products and are ultimately sold at such a high price because the actual consumer base is so tiny. In a way, it’s similar to why luxury brands charge so much; they know their products are super unnecessary and incredibly niche, so they make their money back by charging high. The simulators themselves are the true mainstream product, but these add-ons are only being sought after by people who are particularly interested.

Let’s go back to the multiple editions of MSFS. Ask yourself honestly, are those 20 extra aircraft and add-ons truly worth the $120 price-tag? To the die-hards, absolutely. But, that’s a very small subset of people. For someone like me, I don’t see anything on the list that justifies the price for me. The airports are only truly valuable if you fly to them frequently. And the aircraft are only valuable if you intend to fly them often. 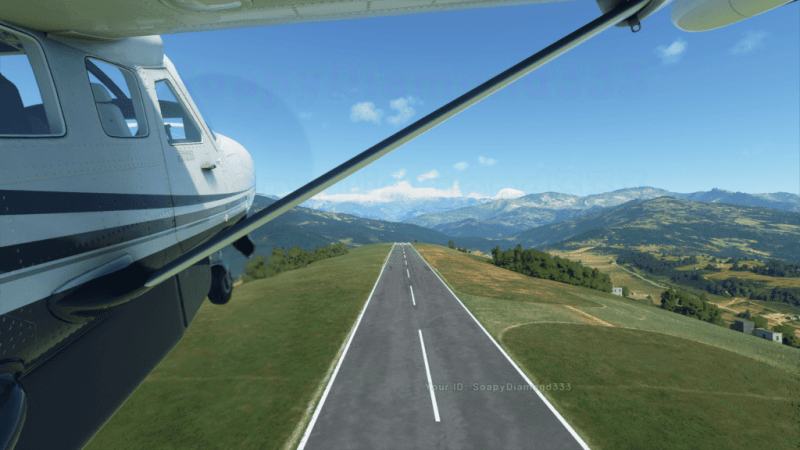 My copy of FSX is filled with add-ons, mostly freeware with just a dash of premium airplanes and utilities. I also have a ton of freeware add-on scenery. But, if I really narrow it down, I only fly a handful of planes fairly regularly and visit the same airports every now and again. I doubt I’m the only one who does this. That’s why I will always seek out freeware add-ons before premium ones. If I can find something of acceptable enough quality, I’ll settle for that. That brings us back to the new Flight Simulator Marketplace.

The Marketplace is going to be home to add-on makers who deem their work worthy of a price tag. Of course, how much they charge will determine their success. I highly doubt that they’ll throw highball numbers similar to the big companies, so I’ll refer to these products as “standard payware.” After all, these designers are largely regular players who just so happen to have an advanced skill set, creativity, and some free time.

A lot of work goes into user content like this, and while some are totally fine releasing it for free, they’re able to do so largely due to using existing tools and materials to assemble their designs. That’s why freeware content is typically so generic regardless of simulator. For anyone to now take their work into the Marketplace, it’s really going to have to stand out. Valuable enough to justify even a small asking price. But with this new feature, I honestly wonder just how big the freeware community for the new Flight Simulator will become. 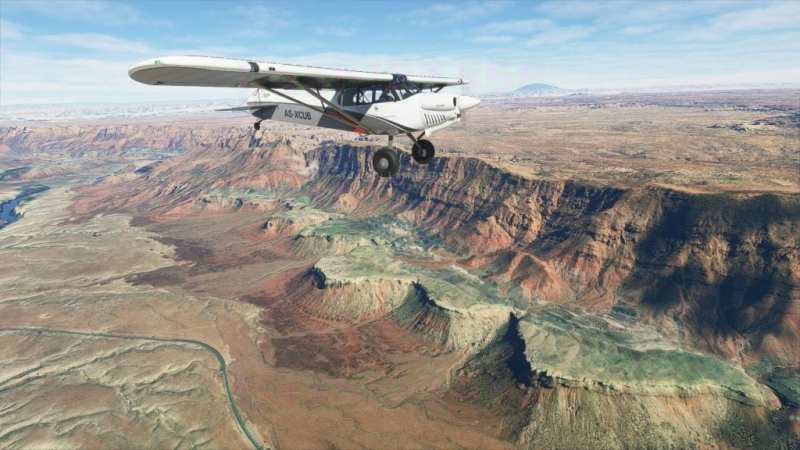 You can consider freeware to be a form of generosity. Some creators are happy enough (and can afford) to just put their efforts into a passion project and give it away. But, for others, it’s just not viable. That’s why having something like the Marketplace does make sense. But, again, what will happen to the real freeware? While I doubt it will go away, the Marketplace is going to give less incentive to go through with it.

Freeware for FSX/P3D, as well as other past MSFS entries, are scattered all over the net across different repositories. Now that Microsoft is making one consolidated place, creators will have more of a reason to try and sell their wares here as it will likely get a lot of exposure. Indeed, this is both a step forward and a bit of a sting.

The one real silver lining is that Microsoft Flight Simulator is going to come with a lot of really well made things right from the jump. Its included aircraft will be of much higher quality than past entries in both terms of visuals and dynamics, and the (non-handcrafted) airports are still pulling data from real-world satellite maps. The world scenery is gorgeous, and the visual presentation is top-notch. Features like real-time weather and live flight traffic will also be present.

So, unlike sims of the past which basically needed add-ons both paid and free to really be something fierce, this next-gen sim is coming with a lot of goodness baked in. But only time will tell to see just how far its initial value goes before you eventually do crack open your wallet again.

Phantasy Star Online 2 is coming to Steam on August 5