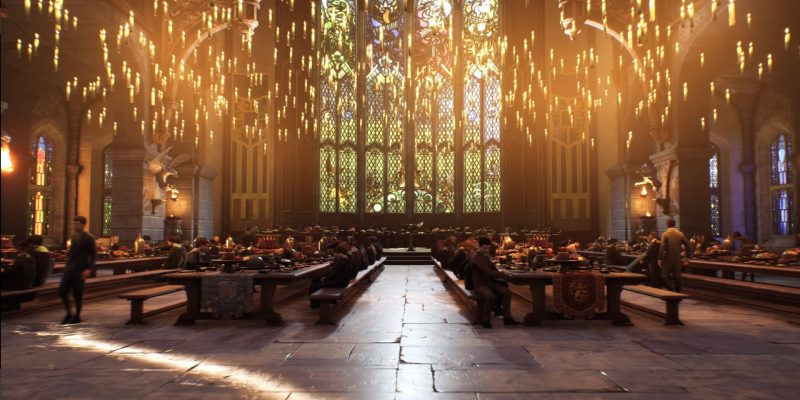 The drama for the upcoming Harry Potter RPG doesn’t seem to be slowing down any time soon. The game, Hogwarts Legacy from Warner Bros. Interactive and Avalanche Software, has faced controversy since its announcement due to the transphobic comments spewed by series author J.K Rowling. The comments, which had reportedly shaken some of the game’s developers, may have prompted a leak. Earlier this week, it was revealed that the game would let players create transgender characters, a swift rebuke to the views held by Rowling. However, another controversy popped up regarding a Hogwarts Legacy producer, Troy Leavitt, prompting him to leave Avalanche Software.

On February 14, Liam Robertson, an independent games journalist, found that Troy Leavitt has a YouTube channel. His channel is filled with videos such as “The Injustice of Social Justice”, “Social Justice Ten Commandments”, and “Pretty Polys: The Myth of the Male Gaze in Video Games.” Leavitt also publishes videos defending those accused of sexual harassment, such as John Lasseter. A large portion of these videos also support GamerGate. The movement used “responsibility in games journalism” as a guise for harassing women and marginalized people in the games industry.

In a tweet, Troy Leavitt announced he was leaving his position as a producer on Hogwarts Legacy, saying “I have made the decision to part ways with Avalanche Software.” In a follow-up Tweet, Leavitt said he still supports the team at Avalanche and Hogwarts Legacy. He also said that he would make a video on YouTube regarding his departure. That is sure to be a treat.

1. I have made the decision to part ways with Avalanche Software. I have nothing but good things to say about the game, the dev team, and WB Games.

2. I will be releasing a YouTube Video about this soon on my channel.

According to a more recent Tweet, Leavitt’s last day with Avalanche will be March 12. He also says that, despite appearances, he has not been “‘canceled’.”

Hogwarts Legacy is currently set to release sometime in 2022 following a delay in January.