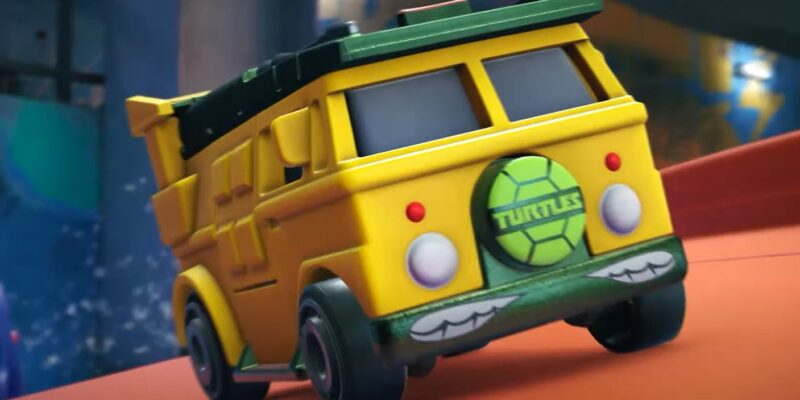 When it comes to Hot Wheels games, the car list is everything. Hot Wheels Unleashed is launching on September 27, and there’s been a bit of a question regarding just how many digital recreations of our favorite cars would be at our fingertips in the game. We need wonder no more, as the full list of speedy, diecast vehicles as been revealed. In total, 66 different cars will be available on launch day, including real-world favorites and several famous cars that just beg to be taken for a spin. Let’s just hope the game is as fun as my memories of playing with the toys when I was six.

For starters, Hot Wheels Unleashed has some totally radical franchise-based vehicles available that are sure to scratch the itch of anyone nostalgic for the ’80s. The biggest one is, of course, the TMNT Party Wagon, complete with turtle teeth decal. This is the one I’m most excited for, even though I don’t even like the original cartoon series anymore. Nostalgia is powerful indeed. Next up is the DeLorean time machine from the classic film Back to the Future. You can also get behind the wheel of Snoopy’s Red Dog House (with Snoopy on top) from Peanuts, plus K.I.T.T. from Knight Rider. Oh and a Batmobile, but not the Burton or the animated series ones so who cares?! There are, naturally, a ton of Hot Wheels originals as well.

Go for a drive

Of course, there’s a lot more where that came from. If you want older rides, a ’55 Chevy is included, as is a ’32 Ford, a 1956 Ford Truck, a ’69 Dodge Charger Daytona, and a ’71 El Camino. Audi fans will enjoy the R8 Spyder and Sport Quattro. Newer cars include such fare as the 2018 Ford Mustang GT and 2020 Koenigsegg Jesko. There’s a great many more that you can scope out in full on the official site.