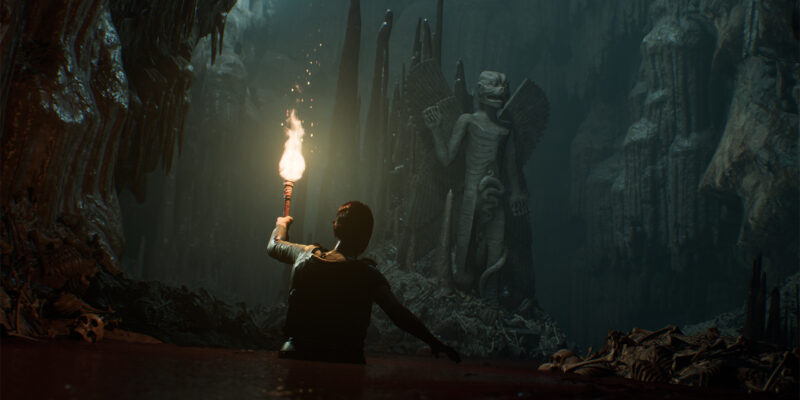 My wife and I absolutely enjoy narrative-driven horror games. Ever since Until Dawn (2015), we’ve looked forward to what developer Supermassive Games has to offer. That brings us to House of Ashes, the latest installment in The Dark Pictures Anthology.

House of Ashes has a lot going for it. Learning from the lessons of previous titles, Supermassive Games hopes to provide a thrilling experience from start to finish. It does succeed in many ways. Unfortunately, there were also a lot of issues that I encountered during the course of this review.

The Dark Pictures Anthology: House of Ashes is set during the 2003 invasion of Iraq. You meet playable characters such as CIA Officer Rachel King (played by Ashley Tisdale) and Rachel’s husband, US Air Force Lieutenant Colonel Eric King. Two marines, Lieutenant Jason Kolchek and Sergeant Nick Kay, are also part of the squad.

While the team is searching for chemical weapons in a village, an earthquake causes the ground to collapse, burying them deep underground. There, they meet the fifth playable character, Lieutenant Salim Othman of the Iraqi Republican Guard. Apart from these five personalities, you’ll also encounter the rest of the supporting cast, such as Clarice (Eric’s assistant), Merwin (another marine), and Dar (Salim’s commanding officer).

As with previous games in the anthology, there’s more to the story than meets the eye. In House of Ashes, you quickly discover that this underground area is the location of an ancient Akkadian temple, one built by Naram-Sin. The vicious ruler once angered Enlil, God of Storms, a deity that cursed his lands. Although Naram-Sin tried to make amends, his prayers fell on deaf ears and his empire crumbled. Just a couple of chapters later, you’ll also realize that you’re not the first group to reach this place. In fact, the temple was also discovered by archaeologists after World War II. However, things quickly went awry.

There are creatures lurking in the shadows, eager to maim and consume those who are unlucky enough to venture alone. As you progress, you’ll notice the movies, themes, and media that provided inspiration. These include The Descent (predominantly), Alien, Predator, and H.P. Lovecraft’s At the Mountains of Madness. 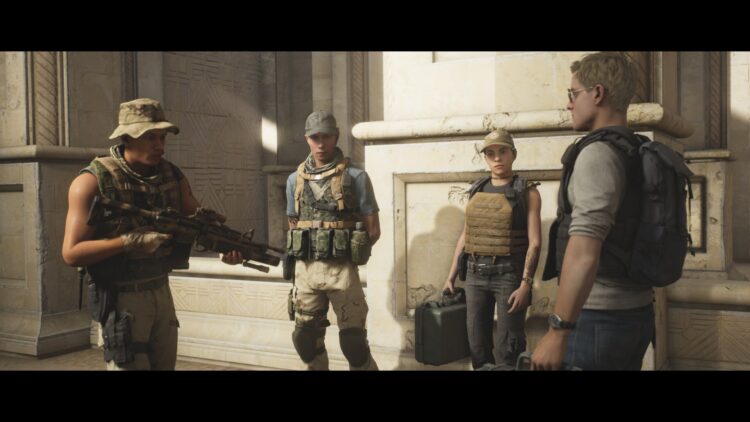 Action and thrills in The Dark Pictures Anthology: House of Ashes

Those who played the previous Dark Pictures games — Man of Medan and Little Hope — know what to expect in House of Ashes. There are many shocking jumpscares and frantic moments. These are punctuated by several cues and quick-time events (QTEs), such as pressing the correct button sequences, button-mashing, the “Don’t Breathe” rhythm minigame, multiple choices, and aim-and-shoot situations.

Since you’re playing as soldiers, a lot of QTEs occur during firefights and melee engagements. These include segments where you really need to be alert, as perspectives keep switching while the game throws QTEs your way. Without a doubt, I can easily say that House of Ashes is the most action-packed out of all the titles that I’ve seen from Supermassive. Yes, it even manages to one-up Until Dawn. 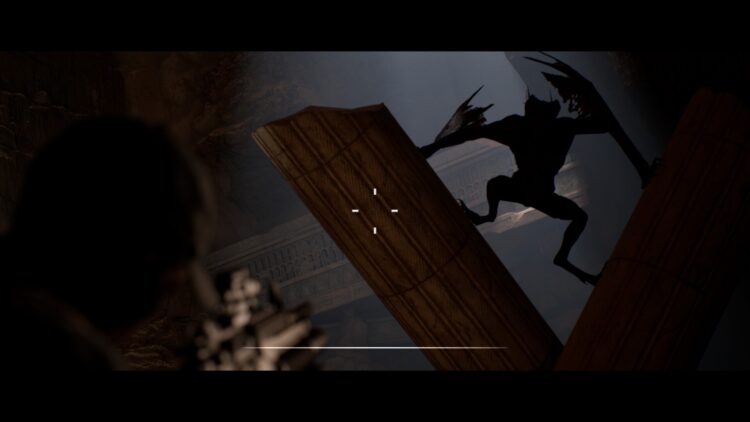 Moreover, there are cryptic clues hidden in various areas. Many of these lead to secrets, including short cinematics depicting the trials faced by the archaeologists. Of course, you can also pick up pictures or premonitions, which are now thematically re-envisioned as ancient stone tablets. These inform you of possible character fates. Some might lead to survival, whereas others show only death.

Naturally, you’ll want to make the right choices to keep all characters alive. And, yes, you’ll even hear warnings and a bit of chiding from The Curator (played by Pip Torrens), especially if someone met their untimely demise. However, I didn’t notice his appearance during tense situations where characters can potentially die. He usually pops up in the background, so I’m not sure if I just missed those specific flashes. 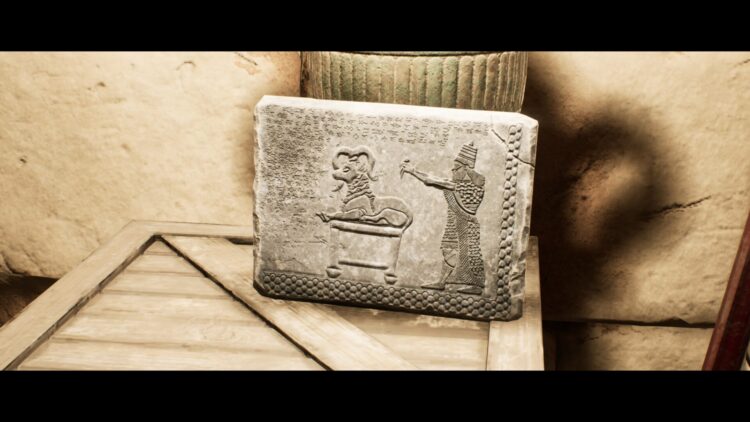 Perhaps one of the most glaring shortcomings in The Dark Pictures Anthology: House of Ashes is how it handled its twist. Now, I don’t actually want to spoil anything, but I can say that the big reveal here disappointed me. Don’t get me wrong, Man of Medan and Little Hope weren’t perfect, but I loved their twists since I’m a fan of the genre. In Man of Medan‘s case, I had read about the SS Ourang Medan ghost ship and the conspiracy theories surrounding it many years beforehand. In Little Hope, the reveal absolutely floored me once I reached the ending, made more special once I analyzed the story and characters.

House of Ashes tries this, too. In a way, you’ll understand the references to ancient gods and darker plots. But, it pushes past the established norms that it’s almost borderline farcical. I couldn’t help but feel that we’re just seeing a popular meme come to life. Again, since I want to avoid major spoilers in our House of Ashes review, I’ll just talk more about this matter in a feature article. 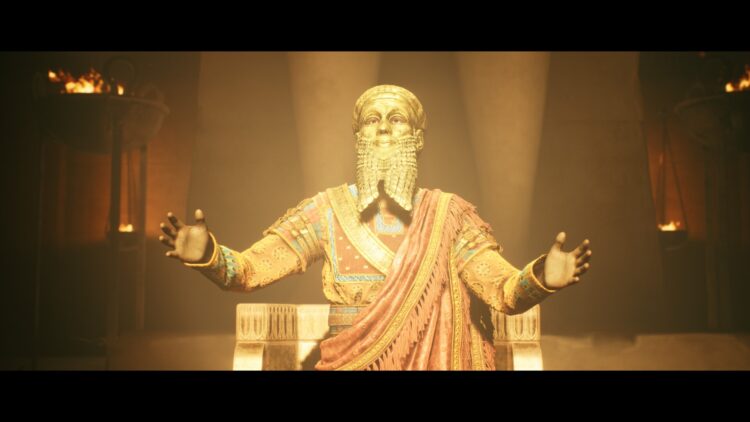 On the bright side, I genuinely felt more attached to the characters this time around. Rachel and Eric are an estranged couple, so there are some very awkward moments. Because a lot of the narrative progression comes from the choices you make, it’s possible for the two of them to get back together.

Salim, meanwhile, grows on you as one of the most likable characters in the game. Yes, he’s the enemy of the US-led coalition, but he’s also just a dad who wants to return home to his son. Salim has key interactions with the two marines, Nick and Jason, giving opportunities for people to put aside their differences and work together. The relationships feel meaningful because of how these characters develop over the course of the playthrough. 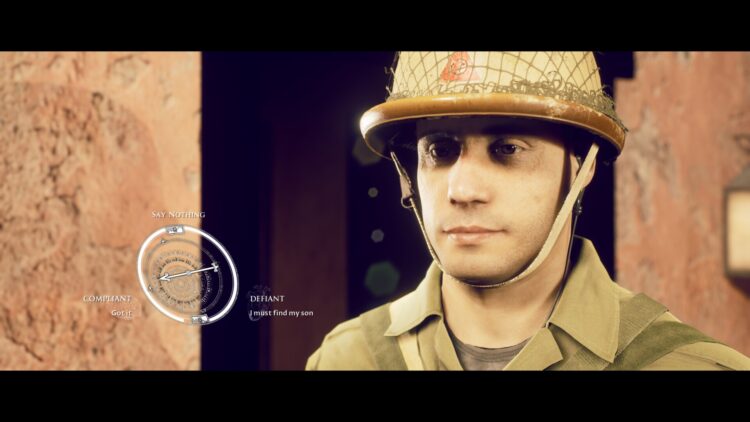 Sadly, The Dark Pictures Anthology: House of Ashes is also riddled with several issues. Chief among these is the inability to skip cutscenes (even after finishing the campaign and choosing a new game or scene selection). We’ve seen the same problem in previous titles, which is why it’s flabbergasting that Supermassive still hasn’t added such an option. I understand that it’s supposed to be a cinematic experience, but movies and shows have the option to let you skip and fast forward. Considering that the studio also made graphical improvements to prepare for next-gen consoles, it would be much appreciated if they added a feature that respects the player’s time.

Speaking of scene selection and skipping chapters, there were a few problems with how the campaign is divided into segments. There were cases when multiple scenes are included in a single listed chapter. For instance, The Truce chapter has you playing as Salim, Jason, and Rachel. The Horror chapter, meanwhile, is filled with several QTEs and potential character deaths as perspectives kept switching. Conversely, there are chapters that only consist of a short cutscene and dialogue, instances that barely lasted five minutes. It really made no sense, and I had no choice but to use multiple save files as backups.

Control issues were also prevalent. I still noticed how character movement was slow and sluggish, and there were times when controls wouldn’t work in the menus. For instance, I would open the menu by pressing the Start button on a gamepad. But, I couldn’t select anything when I pressed the A button (I had to use the mouse instead). Rewatching premonitions/pictures also wasn’t possible as neither the keybinds nor gamepad buttons worked. Likewise, I’ve encountered visual bugs where animations jittered and flickered after a sequence, as well as large cursors and icons that remained on my screen. I had to go back to the main menu and reload just to fix that problem. 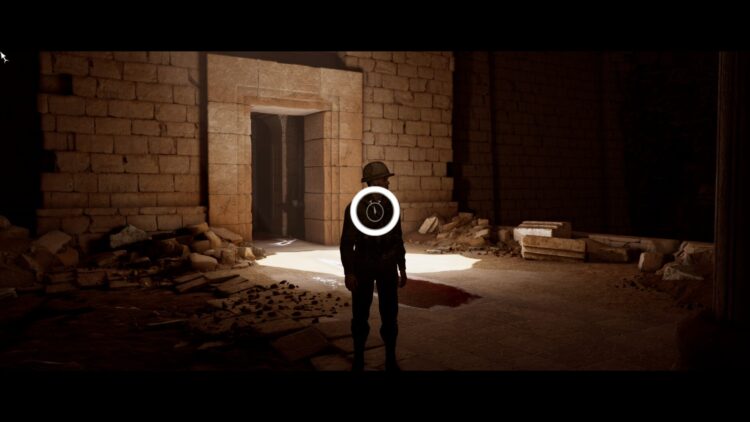 Is The Dark Pictures Anthology: House of Ashes worth your while?

Objectively, The Dark Pictures Anthology: House of Ashes is on par with past offerings like Man of Medan and Little Hope. More focused on action, it manages to keep you on the edge of your seat often, so it’s definitely a treat for those who’ve missed the “creature feature” in Until Dawn.

There are many improvements, too, including lighting mechanics and 360-degree movement (no need to worry about fixed camera angles). You can also choose from difficulty settings to fine-tune your experience. And, as mentioned earlier, character relationships and development are more significant. The downside is that the aforementioned technical and design issues can get in the way. As for the big reveal here, it truly is more subjective. Personally, it’s one of the silliest that I’ve seen.

Lastly, you’ll probably notice how the game still uses old facial models for certain characters. But, I guess that’s to be expected. It does fall in line with what we’ve come to know from anthologies (i.e., American Horror Story) where actors play different roles across multiple seasons. 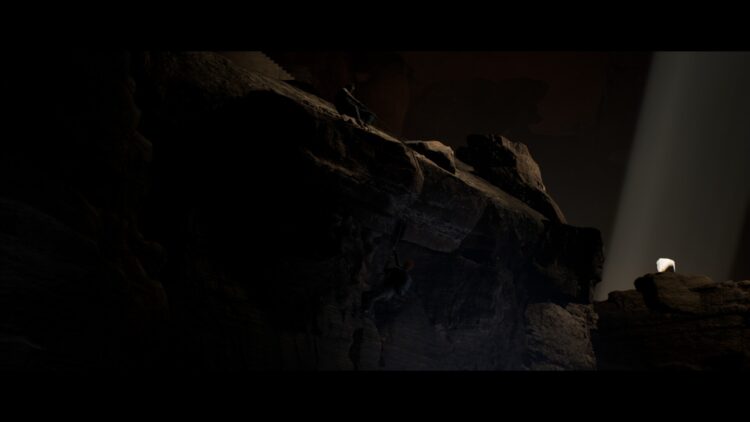 The next installment in The Dark Pictures Anthology takes you to the deep, underground caverns of Iraq.
8

In many ways, The Dark Pictures: House of Ashes is significantly better than its predecessors. One can even say that it's the most thrilling and action-packed offering from Supermassive Games. Unfortunately, it's also plagued by technical and design issues, as well as a borderline ridiculous twist.

Where to collect candy in Fortnite to complete Halloween challenge

By Cameron Woolsey21 hours ago
Reviews