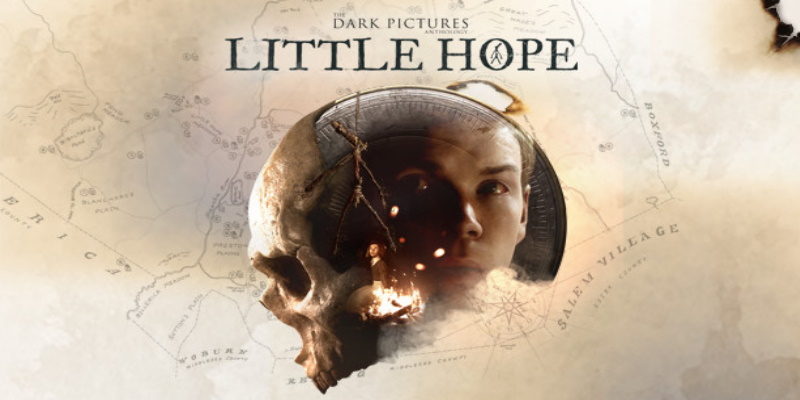 In The Dark Pictures Anthology: Little Hope, your characters — four college students and their professor — find themselves trapped in a mysterious town. While searching for clues, you’ll eventually uncover a sinister secret from the distant past.

The choices you make in many of the game’s scenes will lead to certain outcomes. Characters may live or die based on your decisions. Here’s our guides and features hub to help you out.

Official review – The Dark Pictures Anthology: Little Hope has several branching paths as you explore a fog-covered town filled with secrets. Is it worth your while? Let’s find out in our official review.

The finale and all endings –Little Hope has several endings pertaining to various arcs, bearings, and decisions.

Obtaining all Premonitions – Find all these postcards to learn of possible life and death situations during the game.

Explaining the 13th and final Premonition – The 13th Premonition in Little Hope is quite an oddity, and it definitely stands out.

Dumb ways to die – If you make the wrong choices or if you fail certain QTEs, you’re going to see a lot of character deaths during your playthrough.

History and legend: The Andover Witch Trials – Little Hope has a dark past related to the witch hunts of the late 17th century in New England. What are these visions? What are the motivations of your characters? Who are these beings that keep chasing you? What the heck is up with those endings? We explain these in detail in this feature article.

The Dark Pictures Anthology: Little Hope is available via Steam.

By Blake Grundman19 hours ago
Guides