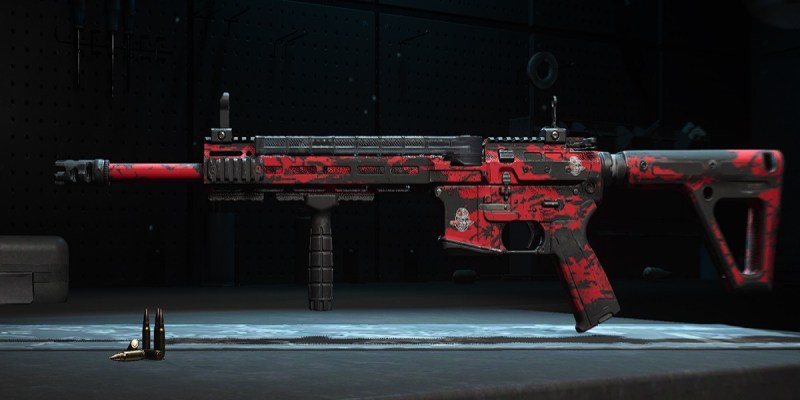 The launch of Call of Duty: Modern Warfare 2 saw the release of a long list of weapons and attachments for you to unlock. One of the submachine guns you’ll be able to get your hands on early on is the FSS Hurricane, and with the best attachments equipped you can build a strong class to take to your next Modern Warfare 2 match.

The FSS Hurricane was one of the weapon to feature in the multiplayer beta back in September. Since then, more attachments are available, so you’ll definitely want to update your build. Predominantly, this build will focus on increasing the recoil control and damage of the weapon to make the submachine gun viable not only in close-quarters combat, but at medium ranges too.

Its time to break down the attachments used on this class. First up is the FTAC Castle Comp, which will improve your horizontal and vertical recoil control. For the barrel, the FSS Cannonade 16” will grant more damage range, bullet velocity, and accuracy while hip-firing. To improve the effectiveness at close range, the VX Pineapple underbarrel has numerous benefits, including hip fire accuracy, hip fire recoil control, recoil steadiness, and even aim walking steadiness. To stamp out any recoil, both the Demo Fade Pro Stock and the Sakin ZX Grip will continue to raise your recoil control. 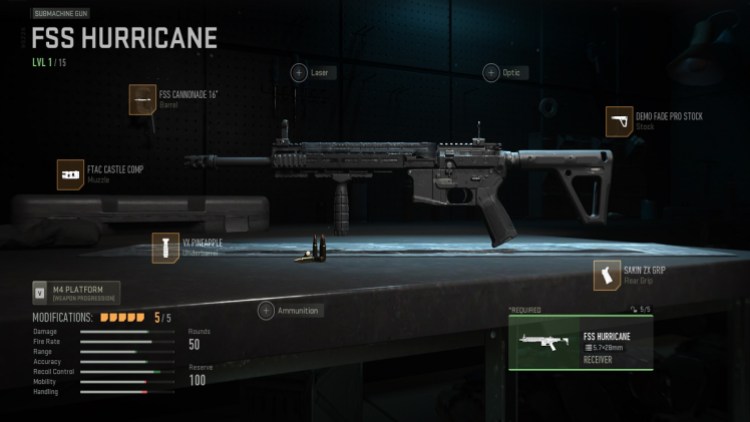 You can now tune your FSS Hurricane

Not long after the title launched, Infinity Ward disabled weapon tuning as it was causing crashes. The issue has now been fixed, and you can now tune your attachments for an extra layer of customization. Once you’ve reached the maximum level with your gun, weapon tuning will unlock and you’ll be able to make use of the sliders to make extra tweaks to your class.

The best secondary weapon to use alongside your FSS Hurricane is a pistol. If you’re unsure what pistol to use, check out our pistol tier list for Modern Warfare 2.

How to build the best Modern Warfare 2 Fennec 45 class