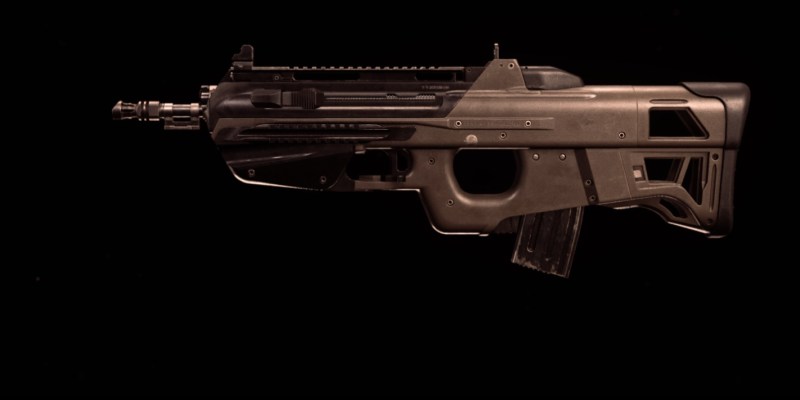 The Call of Duty: Warzone Pacific Season Five Reloaded update is here. It’s the final major update that will be deployed in Warzone before the debut of Warzone 2. Raven Software has rolled out various weapon balancing adjustments, given players some free calling cards, and launched new weapons. One of these weapons is the BP50 assault rifle and, with the best attachments, you can build a viable class to take to your next Warzone match.

You may recognize the BP50, as it resembles the F2000 from the original Modern Warfare 2. However, before you can start creating your class, you will have to unlock the weapon. You can do this by completing a challenge which tasks you with earning 15 kills while aiming down sight with an ACOG scope equipped. If you prefer, you can always purchase the gun as part of the Calavera weapon bundle in the in-game store. The fully automatic BP50 already has a fast fire rate and a lot of potential at range. This class will focus on maximizing its power, while ensuring your shots remain accurate.

Let’s begin by breaking down the class. The first attachment is the MX Silencer which provides your assault rifle with a lot of benefits. Apart from sound suppression, you will gain more horizontal and vertical recoil control, as well as increased damage range. In terms of a barrel, the Leroy 438mm Rapid is a powerful option as it increases your fire rate. The Desmet A-D Flashlight is useful for further accuracy related to recoil control and recoil recovery. Next, the Leroy Custom stock improves your accuracy and recoil during sustained fire.

Moving on to the magazine, the x54mmR 50 Round Mags offers extra ammo reserves, along with greater bullet velocity and increased torso damage. Pairing this with the Lengthened ammunition type will continue adding to your bullet velocity, making the weapon deadly at further distances.

There are a few more attachments to note. The Taped Grip will boost your stability while aiming. At the same time, you will experience weapon swap quickness and more movement and sprint to fire speeds. When selecting your perks, Tight Grip will round off your recoil control, while Fully Loaded will ensure you are taking the maximum starting ammunition to the battlefield. Complete your class with the reliable Slate Reflector Optic, which allows you to make the most of the improved accuracy.

The BP50 is best suited to taking on long-range battles in Warzone Pacific. To achieve a versatile loadout, you should pair it with a gun that will find success in close-quarters combat. A submachine gun, pistol, or shotgun are all appropriate options. Currently, submachine guns such as the H4 Blixen an Armaguerra 43 are strong options.

Portal-esque The Entropy Centre to see a release in November