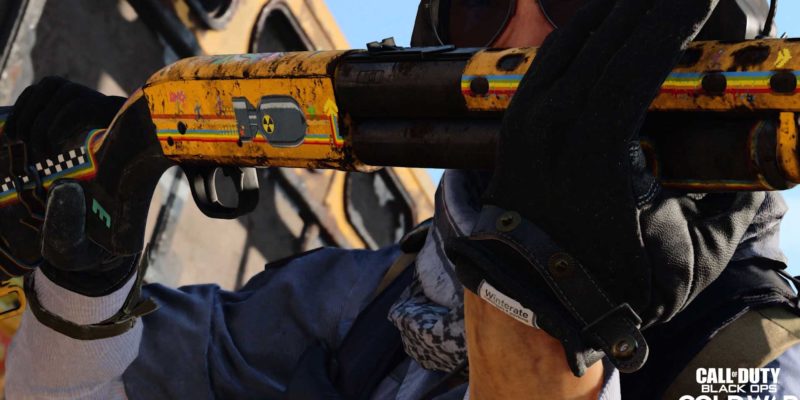 The Nuketown bundle contains ten items for you to use ahead of the launch of the map. The first item is a shotgun blueprint, known as the Last Stop. According to a Call of Duty blog post, the shotgun is equipped with a 21.6” Paratrooper Barrel, a Six Round Tube Magazine, a Milstop Reflex Optic, and a Commando Assembly Stock. Next, you will earn a total of six weapon charms. These weapon charms will be of the mannequins that have appeared on the Nuketown map in several past titles.

Also, there is a sticker, named Test Subjects, that can be placed on your gun. The sticker appears to be the word nuke and features an antelope. Finally, the bundle includes a Nuketown emblem and calling card. The calling card, Omnibus, is an image of a nostalgic bus which is a feature most associated with the map. Moreover, the Nuketown Legend emblem is simply a nuke to represent the map.

Show your love for Nuketown in Call of Duty: Warzone

After the launch of the Nuketown ’84 map, the next step on the roadmap is the release of Season 1. Along with this, players will see integration between Call of Duty: Black Ops Cold War and Call of Duty: Warzone. It is important to note that the items from the Nuketown bundle will be available to use in Verdansk. 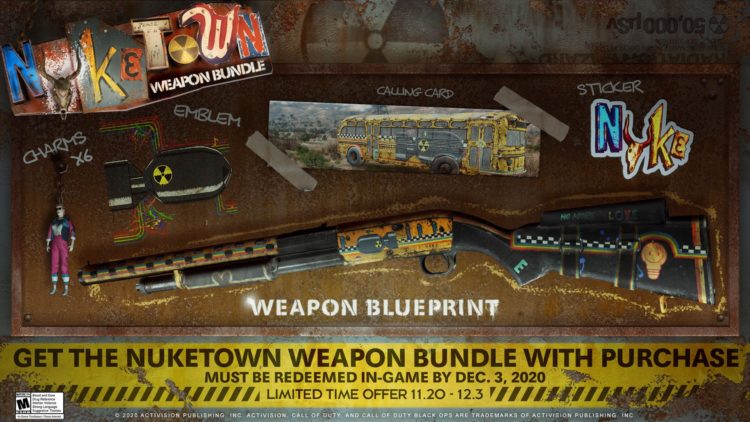