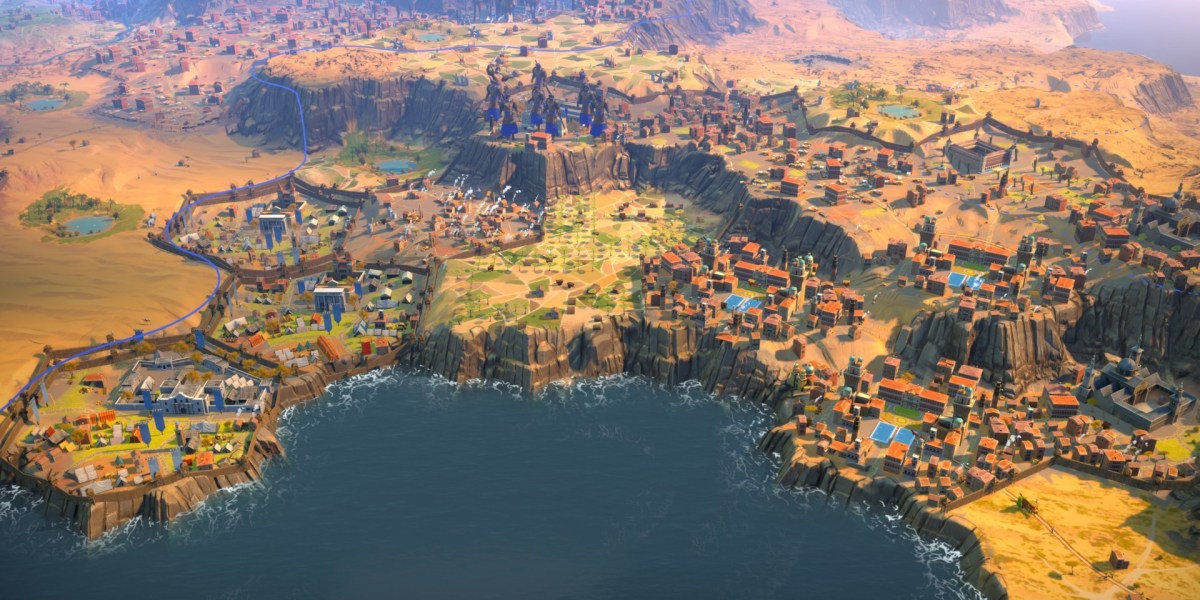 I’ve been following Humankind‘s development for a while. I started out with the first OpenDev session in August of last year, followed by the Lucy build a few months later. Indeed, I even consider Amplitude Studio’s newest 4X offering as one of my most anticipated games in 2021. However, due to a delay, we won’t see its release this month. Instead, players will get a chance to try out Humankind‘s Victor OpenDev build (named after Victor Hugo).

As cited in Humankind‘s Steam store page, the Victor OpenDev session is available from April 22 to May 3 for those who’ve played the previous Lucy OpenDev, as well as those who’ve preordered the game. While your journey is quite open-ended, you’ve only got 150 turns to get a feel of the mechanics (roughly until the Early Modern Era). I dove right in, testing various culture combinations and seeing some worthwhile strategies. Although my impressions of Humankind at this stage were mostly positive, I did notice some problems the more I continued.

Similar to the Lucy OpenDev, Humankind‘s Victor OpenDev build has you starting out from the Neolithic Era. At this point, you’ll look for curiosities, hunt wildlife, or increase your population/units in your army.

Should you meet the requirements, you’ll be able to choose a culture (i.e., Humankind‘s version of civilizations, nations, or factions). This lets you advance to the Ancient Era and your outpost could be turned into your capital city.

During my first run, I went with the Egyptians who are expert builders. This allowed me to construct their emblematic district, the Egyptian Pyramids. From there, I checked the requirements to earn more “Era Stars” (so I could reach the next Era). Meeting these objectives, among others, also lets you acquire “Fame” (the game’s scoring system that determines the winner).

As you progress, you’ll meet other cultures and grow your lands by building districts/quarters. The districts you construct in Humankind automatically exploit the resources on a particular tile. For instance, if you see a prairie or dry grass terrain, that usually provides food. Ergo, you’ll want a Farmer’s Quarter on that. Conversely, you’ll build a Maker’s Quarter on forests, hilltops, and stone fields as these provide industry (aka. production/hammers).

You’re limited to one city or outpost per territory (outlined on the world map). Still, you can choose to plop down more districts on surrounding tiles depending on your needs. You’ll have to take note of adjacency bonuses, too, since districts with similar yields provide extra boons when close to each other.

As mentioned earlier, I picked the Egyptians for my first Victor OpenDev campaign. When I had enough Era Stars, I chose the Egyptians once more. This provided a Fame bonus since I “transcended” with the same culture throughout multiple eras.

Indeed, you can choose the same culture over and over for stacking bonuses, though your unique unit would fall by the wayside. In the case of the Egyptians, the Markabata is the unique unit from the Ancient Era which becomes outdated and outclassed later in the game.

In another playthrough, I went with this option: Mycenaeans (Ancient Era) -> Huns (Classical Era) -> Umayyads (Medieval Era) -> transcend as the Umayyads (Early Modern Era). This was actually inspired by a post from Redditor BrunoCPaula who suggested a very “cheesy” way to win. Compared to the Egyptians who are builders, the Huns are a militarist culture. They’re able to instantly raise a rabble army from a city’s population. What BrunoCPaula suggested was to raise that rabble army, bring it to an outpost, disband those units (thereby making that outpost gain population), and immediately deploy a Hunnic Horde.

I did this process in multiple outposts and, soon enough, I had dozens of deadly riders. With my nigh unstoppable horsemen, I quickly swept aside my nearby foes. Even at higher difficulties, it seemed as though the AI had no actual counter to this strategy as the Hunnic Hordes are able to move and attack twice during the same turn.

Since the Huns can’t attach outposts, my city-building and domestics would take a hit. Thankfully, I was able to reach the Medieval Era to switch to the Umayyads. As a science-focused culture, I quickly attached my remaining outposts to my existing cities. Then, I constructed Grand Mosques, Research Quarters, and world wonders to further bolster my tech output.

I stuck with the Umayyads until the Early Modern Era. Though, to be fair, the game was already won by then. I was able to vassalize three nations (all of which provided gold to fill my coffers). I also made sure to influence and bribe minor factions so I could assimilate them into my empire. By the time I ended turn 150 to conclude my Victor OpenDev run in Humankind, I was ahead of the next AI opponent by over a thousand Fame points.

Evidently, Humankind‘s Victor OpenDev only shows us a glimpse of the game’s mechanics, but it’s not the finished product. There were some notable issues I’ve encountered such as units turning invisible (I had to use the unit panel to move them around). It was also possible for enemy units to march inside your settlements and vanish. When this happened, the AI simply stopped committing actions that prevented me from advancing the turn. I had to reload an earlier autosave because of this.

Likewise, although the Victor OpenDev attempted to showcase naval combat, I was barely able to make use of my ships. For reference, most of the battles I participated in were on land. Later, when I encountered other nations, I realized that they didn’t have a lot of boats. The ones who actually had ships were my vassals, so there was no point in fighting them anymore.

Speaking of vassals, I feel that there needs to be a few tweaks to Humankind‘s warscore system. Think of this as akin to the warscore mechanics (i.e., war-weariness or war support) you’ve seen in other strategy games such as the ones from Paradox Interactive. The more battles you’ve won and the more settlements you’ve captured, the higher the total warscore value you’ll get once you enforce a peace deal.

In Humankind, however, a conflict that completely devastates your AI opponent is often never enough to take a chunk of its territory. If you’re the type who likes to rush enemies (or you’re someone who counters a rush before an offensive), this completely gimps attempts to completely obliterate your foe during the early-game stages. At best, you can vassalize another nation, which is actually beneficial due to all the gold you’ll acquire. Sadly, vassal interactions (and diplomacy in general) are still barebones. You don’t really have the means to tweak your relationships with other factions.

What else can we look forward to?

Apart from those cited above, there were also some other tidbits that could prove to be troublesome. Unit movement while exploring is still a tad slow. Likewise, there are times when you’d get confused since the AI units are also moving during your turn. You might also click on the end turn button a few times only to realize that several actions still need to be undertaken (i.e., events, diplomatic deals, and the like). Sometimes, you’ll simply wish to play passively to avoid the clutter. Moreover, we could see several balance tweaks to existing world wonders and faith generation.

Don’t get me wrong. I still feel that Humankind is shaping up to be one of the most promising 4X strategy offerings in a long while. It has all the right tools and the visual flair to make for an engaging romp. The Victor OpenDev simply gives you a taste of what’s in store. That’s why I’m hoping that Amplitude Studios can iron out all the issues before the game releases on August 17. Lastly, I’m keen on seeing another OpenDev session soon.