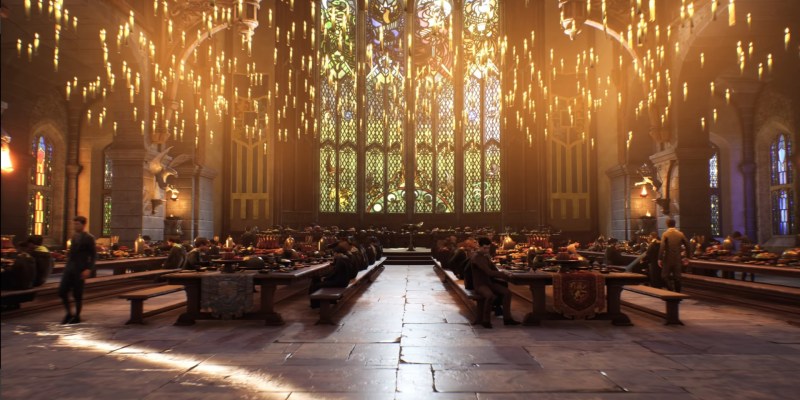 We saw a lot of games that managed to excel in 2020, and those that fell flat. Still, with the year drawing to a close, it’s time to look forward to what 2021 can bring.

From the promise of a million perk combinations in Humankind to a magical adventure in Hogwarts Legacy, there’s a lot to be excited for. Here are my most anticipated PC games that will release in 2021.

Agent 47 has had a long and arduous road over the years. Still, since 2016 with Hitman and the beginning of the World of Assassination trilogy, the franchise has once again hit its stride. With the upcoming Hitman 3, concluding the trilogy itself, we might see the best that the franchise can offer.

Featuring massive levels depicting real-world locations and numerous ways to finish off your target, Hitman 3 looks to provide opportunities to be creative (and deadly). Even better, those who own Hitman and Hitman 2 would be able to import the levels from those games. Moreover, we don’t have to wait that long since Hitman 3 will be released on January 20, 2021. 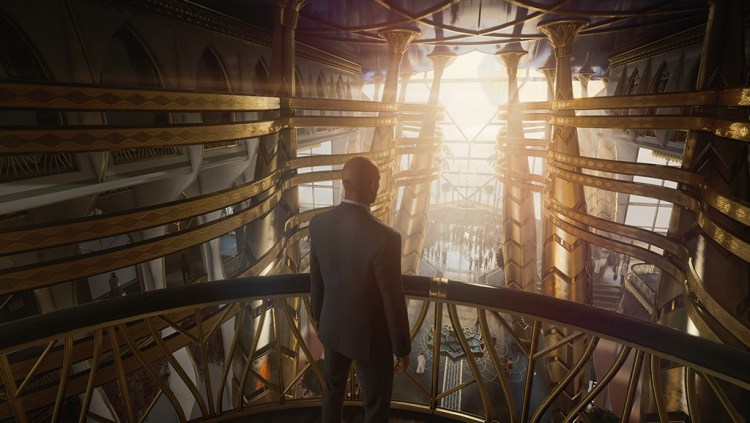 Amplitude Studios considers Humankind its magnum opus. It’s a 4X strategy game where you guide your chosen faction from humble origins towards a bright future. Like what we’ve seen in our own history, Humankind will feature a melding of cultures, eventually creating a unique blend of perks and boosts that make your faction truly unique. Indeed, it boasts a million combinations, though viability remains to be seen.

I was fortunate enough to test Humankind back in August when its OpenDev scenarios became available (and I’ll be trying the new scenarios soon, too). I must say that I’m deeply intrigued by the concept and I’m keen on seeing if Amplitude Studios can deliver. 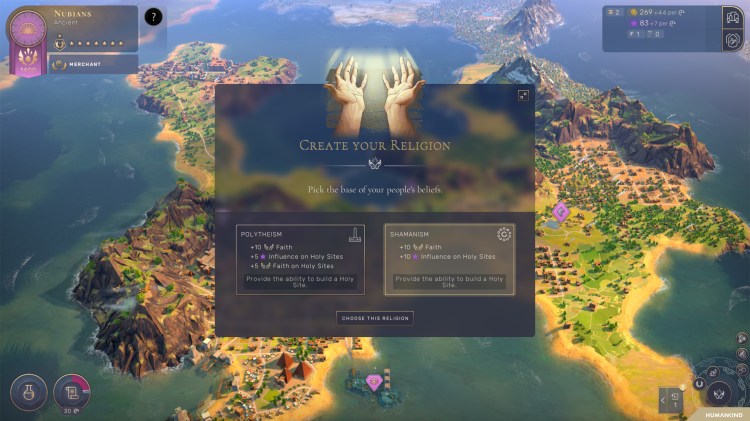 From the dawn of our people in Humankind to exploring the great unknown, another offering (or trilogy) that I’m excited for is Mass Effect Legendary Edition. This compendium has the original Mass Effect trilogy, one where you guide Commander Shepard and the gang as they battle the threat of the Reapers.

Why am I excited about this? Well, it’s because Mass Effect Legendary Edition remasters the first three games, splicing in visual improvements and support for 4K resolution. After Cyberpunk 2077′s visuals wowed me, I’m keen on another sci-fi romp that makes the most out of my Nvidia RTX 3080 card. 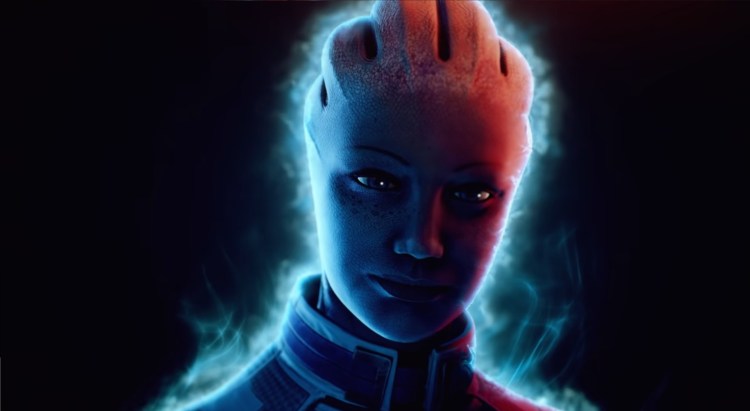 I turn into an absolute dork when it comes to a lot of things: gaming, pro-wrestling, history, and, of course, Harry Potter. The Wizarding World, filled with dazzling magic and formidable foes, kept readers truly engaged regardless of their age.

Although we’ve seen games set in the Harry Potter universe, we’ve mostly experienced those that follow a strict narrative (they’re based on the books). As such, Hogwarts Legacy, which is an open-world adventure game set in the 1800s, might just be something that can truly capture our imagination. 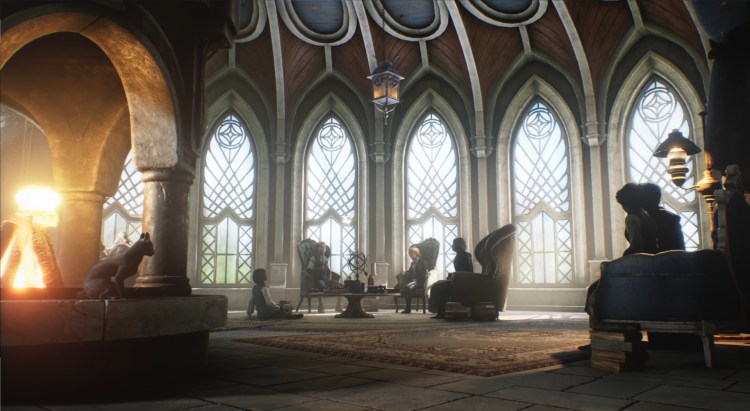 My wife and I are fans of horror flicks and games, and Supermassive Games’ offerings tend to be her favorites, too. She practically finished Until Dawn multiple times just to see all possible results. Our enjoyment of this Choose Your Own Adventure-style of gameplay extended to The Dark Pictures Anthology with titles such as Man of Medan and Little Hope. With pulse-pounding quick-time events, irreversible deaths, and several choices to determine the fate of characters, these games kept us on the edge of our seats (and Movie Night co-op helped as well).

Come 2021, we’ll get yet another entry called House of Ashes — it was already revealed in one of Little Hope‘s premonitions. House of Ashes takes place in the Arabian Desert, and it looks like there are themes related to demons and whatnot (look at that statue of Pazuzu).

A little gothic horror never hurt anyone (well, unless you bit them and drained their blood). That brings us to Vampire: The Masquerade – Bloodlines 2. This sequel to the 2004 Bloodlines game has me salivating at the thought of another World of Darkness RPG. After all, if the original Bloodlines taught us anything, it’s that it defined role-playing to a certain extent that it became a cult classic. I mean, who can forget playing as a Malkavian and the apparent insanity affecting your character’s interactions and dialogue?

With Vampire: The Masquerade – Bloodlines 2, those concepts are kept alive (uh, undead) for a new generation. Here’s to hoping that we see the best ideas from the original with new additions that are sure to entertain. 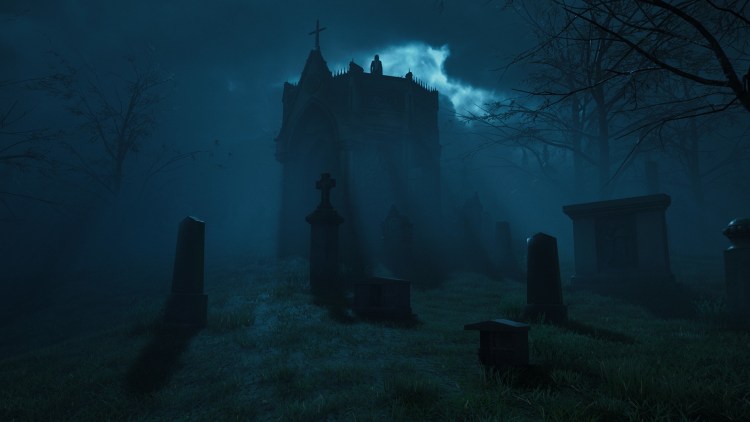 From Fatshark, the maker of the Vermintide games, Warhammer 40,000: Darktide aims to provide visceral combat and crazy co-op action set in the grim darkness of the far future. Indeed, in the bowels of the hive city of Tertium, you and a group of players must fend off attacks from hordes of Chaos cultists and daemons.

I’m looking forward to Darktide since I definitely enjoyed the Vermintide games. After the end of Warhammer Fantasy Battles‘ world (thanks, Mannfred), games like Vermintide and Total War: Warhammer allowed me to immerse myself in the setting. With Darktide, we might finally see a spectacular Warhammer 40K action/FPS game that’s a class above all others. Here’s to hoping that Fatshark manages to craft something memorable without faltering eventually (i.e., Vermintide 2: Winds of Magic). 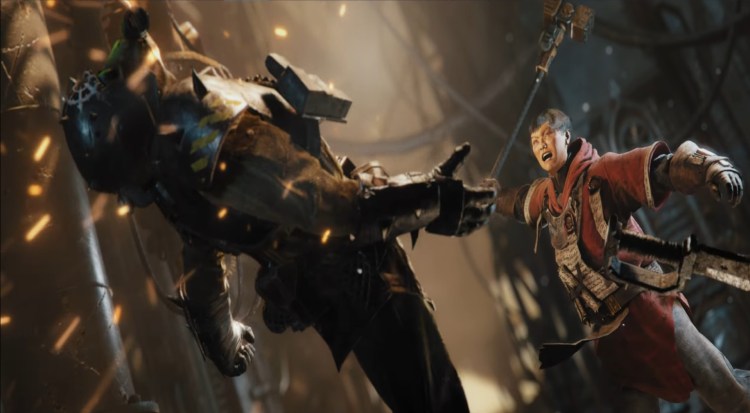 I’m going out on a limb here by predicting that we’ll see Total War: Warhammer III release in 2021. Let’s face it, Creative Assembly has done almost everything to flesh out the existing factions in Total War: Warhammer II. We’ve seen the Tomb Kings and the Vampire Coast (the latter even has an original legendary lord made from scratch), and Lords Pack DLCs such as The Warden & The Paunch and The Twisted & The Twilight.

As such, it goes without saying that the only thing left is the culmination of the studio’s work: the completion of the trilogy. It’s the invasion of the Daemons of Chaos, the arrival of the Chaos Dwarfs, the valiant defense of Kislev (Kislev), and, most importantly, the inclusion Thanquol (get hyped). If Mortal Empires in the second game was any indication, then Total War: Warhammer III might give us the largest campaign map in any Total War game in history, one where we can finally experience The End Times (minus Mannfred’s shenanigans). 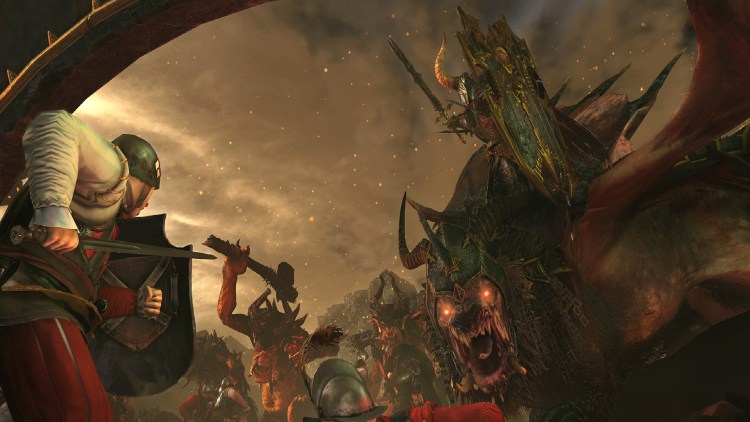